Kelsey Henson is a Canadian fitness model and Instagram star who is the wife of Icelandic former professional strongman and actor Hafthor Bjornsson, better recognized as Gregor “The Mountain” Clegane from the HBO series Game of Thrones. The couple, who runs a gym together, is known for their huge height difference. Kelsey, who relocated to Iceland after starting to date Bjornsson, previously worked in construction and as a waitress in Canada. She is currently building a career as a fitness model and has a sizeable fan-following on Instagram. 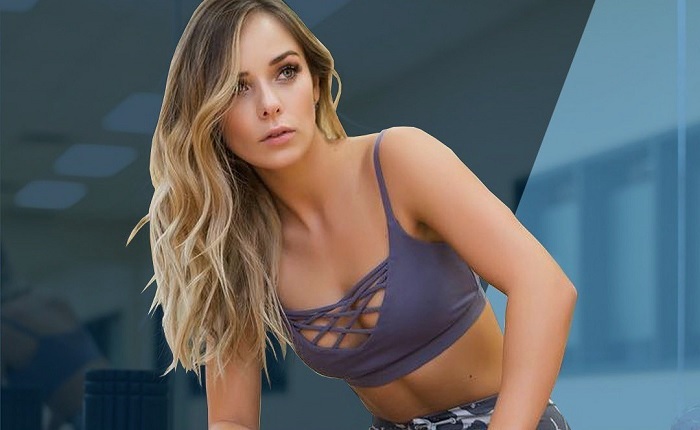 She Was Born and Raised in Canada

Kelsey Morgan Henson was born on March 5, 1990 in Alberta, Canada. She grew up alongside a sister named Kathleen, who went on to become a professional photographer. After completing her school graduation, she attended University of Alberta from 2012 to 2014 and obtained a certificate in Occupational Health and Safety. She later pursued a course at Alberta Construction Safety Association in 2016-17 and received National Construction Safety Officer (NCSO) and Health & Safety Administrator (HSA) designations from there. While pursuing her higher studies, she worked as a waitress at Earls Kitchen + Bar in Fort McMurray, Alberta for over five years in 2012-17.

She Worked in Construction

In April 2010, immediately after her 20th birthday, Kelsey began working as a financial services representative at Canadian Imperial Bank of Commerce in Lac La Biche, Alberta. She left the position in late 2012 to focus on her university studies. After completing her graduation, she joined Voice Construction OPCO ULC as a Project Administrator and Junior Safety Advisor in May 2014. Starting in next April, she spent six months at Guthrie Mechanical Services Ltd. as a Building Operator. In October 2015, she moved to Tervita Corporation in Fort McMurray Alberta as a Field Services Administrator.

She First Met Bjornsson While Working as a Waitress

In early September 2017, Kelsey Henson was working as a waitress at Earls Kitchen + Bar in Fort McMurray when Hafthor Bjornsson, who was in Alberta, Canada for a strongman competition, visited the restaurant. She immediately recognized him to be ‘The Mountain’ from Game of Thrones and asked him to pose for a picture with her, which she shared on Instagram on September 9 with the caption “Met Hafþór, AKA The Mountain, from Game of Thrones!!” They began dating soon after, and in November, she travelled to Europe with him, visiting Spain, Cyprus and his home country Iceland. They continued long distance relationship for a while, but she left both her jobs at Tervita and Earls in December 2017 and moved to Iceland with her boyfriend shortly after. On January 2, 2018, she wished her followers ‘Happy New Year’ from Iceland with an Instagram post with Bjornsson.

Their Huge Height Difference Made News

Immediately after their affair became public, pictures of Kelsey Henson and Bjornsson together went viral on the internet, baffling fans due to their huge height difference. Bjornsson, who comes from a Viking family of tall people, stands at 6 foot 9 inches and weighed 395 pounds, while Kelsey is only 5 foot 2 inches and weighed 105 pounds at the time. On one of the pictures of the couple, a fan asked her, “How do you kiss? Do you jump in his arms every time and wrap your legs around his waist? Please post a picture of this impressive action”. She humored the fan by answering, “he bends, I tip toe. Or just say screw it, pick me up!” 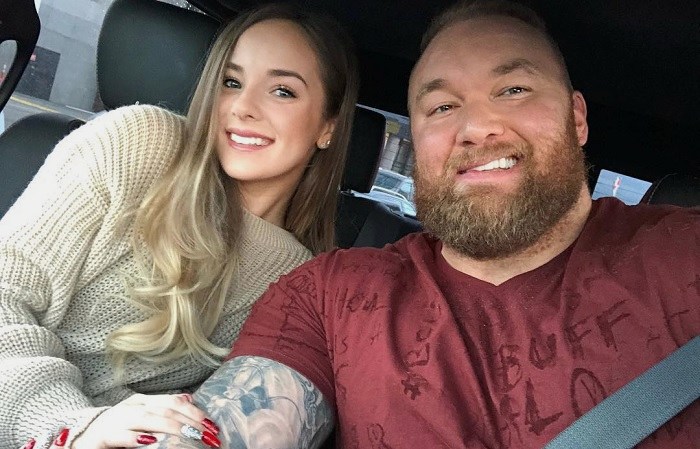 They Married Within a Year of Dating

On October 21, 2018, Kelsey revealed on Instagram that she was married to Bjornsson by sharing photos from their wedding, including one with the caption “Looking forward to pulling this big guy around for the rest of my life”. The same day, Bjornsson also shared a black-and-white photo from their wedding day, adding “It is with great pleasure that I now get to call Kelsey Morgan Henson my wife!” While they did not reveal the date of their wedding at the time, based on their anniversary wishes the following year, they had tied the knot on August 24, 2018 in Iceland. Interestingly, Bjornsson previously dated Thelma Björk Steimann and Andrea Sif Jónsdóttir, both of whom later accused him of domestic violence which he denied.

She Recently Gave Birth to a Baby Boy

Kelsey Henson and Hafthor Bjornsson announced in April 2020 that they were expecting their first child together. They posted a series of photos on his Instagram account to reveal the gender of their unborn child. In the photos, they could be seen bursting a black balloon and blue confetti coming out of it to divulge that the couple was expecting a boy. On September 26, 2020, Kelsey shared pictures of her newborn son with the caption “Our beautiful baby boy made his grand entrance into the world at 11:19 AM on September 26th 2020 after a short and intense six hours”. Her husband shared a detailed story of the morning adding, “After an extremely hard 2 hours and 19 mins of pushing our healthy, strong, beautiful boy arrived”. While this is the first child for Kelsey, her husband Bjornsson already has a daughter named Theresa Lif from his former girlfriend Steimann. 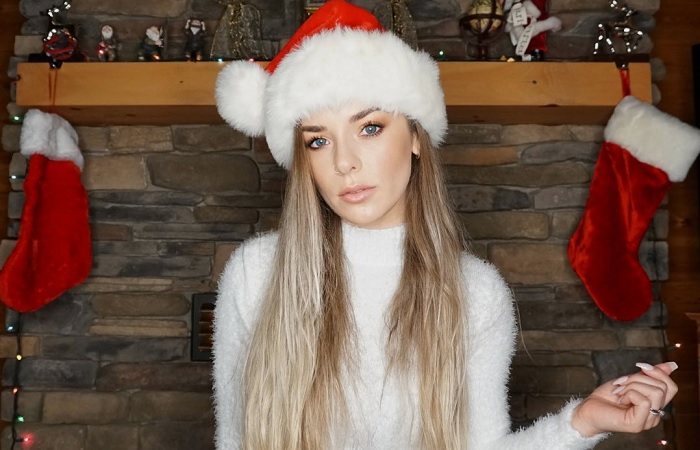 She Is a Sponsored Athlete and Fitness Influencer

Kelsey Henson was inspired by Bjornsson to focus on her fitness and began to train with him at his gym, Thor’s Power Gym, which the couple also runs together. She is known for posting photos from her fitness routine on her Instagram profile, which has attracted over 458k followers. She is also an athlete who gradually drew several sponsorship deals from various prestigious brands. She announced in March 2020 that she partnered with nutrition supplement maker Transparent Labs for a year. She also promoted Reign Body Fuel energy drinks through her posts. In August 2019, her husband posted a video on his YouTube channel showing Kelsey pulling a Dodge Ram pickup truck on leg day.