‘TikTok’ star Nessa Barrett has been creating ripples in the social-media scene since early 2019, when she began posting her dance clips and lip-sync videos. This New Jersey-based internet sensation has been in the news for her collaborations with other budding ‘TikTok’ and ‘Instagram’ stars. Her “duckface” selfies have become her trademark of sorts. She is also known for her rumored affair with social-media star and actor Josh Richards. However, not much is known about her family or her personal life. Though she has just started her social-media career, Nessa holds a lot of promise for a successful future in the entertainment industry. 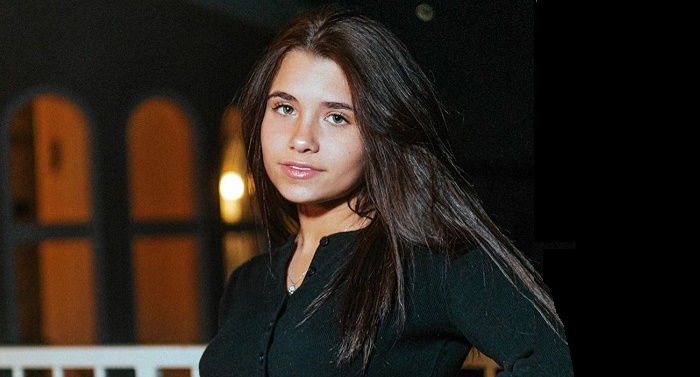 Nessa Barrett was born on August 6, 2002, in the United States. She is better known by her nicknames, “Ness” and “Nessa Bean.” She currently stays in Absecon, New Jersey, United States.

Nessa became a social-media star of sorts after posting her dance clips, lip-sync videos, and vlogs on ‘TikTok’ (musical.ly). She began uploading content on the platform in the beginning of 2019. Her verified ‘TikTok’ account, ‘nessaabarrett,’ has already gained more than 1.4 million followers and over 40 million likes.

Her lip-syncs on the channel are primarily set to rap and pop songs. However, she also posts comedy dialogue lip-syncs at times. She has collaborated with ‘TikTok’ star Jackson Felt for a video. Some of the other artists she has collaborated with on ‘TikTok’ are Cynthia Parker, Juwany Roman (Flamingeos), Mark Thomas, Dylan Hartman, Mads Lewis, Anthony Reeves (LuvAnthony), and Lauren Kettering.

Her ‘Instagram’ account, ‘nessabarrett,’ has gained more than 212 thousand followers. It features her photos in casual poses and also has her flaunting her bikini body. The account also has her pictures with ‘TikTok’ star Skylar Budgett and ‘Instagram’ star Mishka Silva. Her “duckface” selfies, green eyes, and slim frame have helped her gain a huge fan base on social media.

Nessa Barrett joined ‘Twitter’ in July 2019 and currently has 28.2 thousand followers on the platform. Her ‘YouTube’ account was launched on August ,13, 2018, and has just one video on it. The video, titled “Q&A / GRWM FOR MY SENIOR PICTURES,” was posted on August 4, 2019. The channel has gained just a bit over 123 thousand views and has more than 20 thousand subscribers.

Not much is known about Nessa Barrett’s family. However, it is known that she has a younger brother.

Nessa is said to have dated Australian ‘TikTok’ star Tommy Blake in 2019. However, following Nessa’s revelation in November 2019 that she was in a long-term relationship with someone, her fans speculated that social-media sensation and actor Josh Richards was her boyfriend.

Since she is from New Jersey, Nessa Barrett loves to spend her summer holidays vacationing at the Jersey Shore. Hawaii and Switzerland are her favorite travel destinations.

She loves the color purple. Though her original hair color is dark brown, Nessa has dyed her hair black and blonde earlier. She mostly uses deep orange eye makeup, as that accentuates her green eyes.

One of Nessa’s favorite TV series is ‘The Vampire Diaries,’ which ran from 2009 to 2017. She loves the acoustic cover of the song ‘Call Out My Name’ by Australian English pop singer Ruel

She loves to gorge on the trademark dish “Spicy Orange Chicken” at the American–Chinese fast-food restaurant ‘Panda Express.’ Nessa is fond of pouring cereal first and then adding milk. She is also a big fan of continental food. 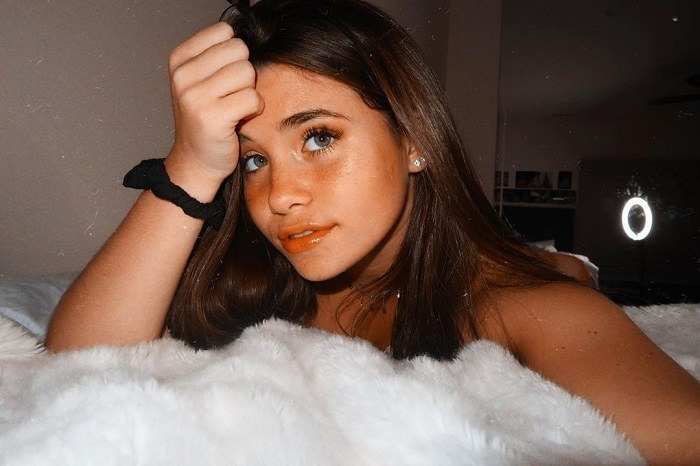 She once stated she often says she is tired, to hide her true intentions and to escape from unwanted situations. Nessa also believes that she can be quite clingy, jealous, and indecisive. Nessa once wished she had an “e-boy” friend so that they could have their nails painted together.