Kouvr Annon is an American social media influencer with over 13 million fans on TikTok, 2.5 million followers on Instagram and 656k subscribers on YouTube. She is the longtime girlfriend of fellow social media star Alex Warren, with whom she has been creating content together for over two years. She is known for posting modeling, fashion and traveling pictures on Instagram, while fans love her quirky and funny videos on TikTok. Annon, who is relatively new on YouTube, creates couples-oriented videos with her boyfriend and popular YouTuber Warren. She is represented by A3 Artists Agency (formerly Abrams Artists Agency) since April 2020. 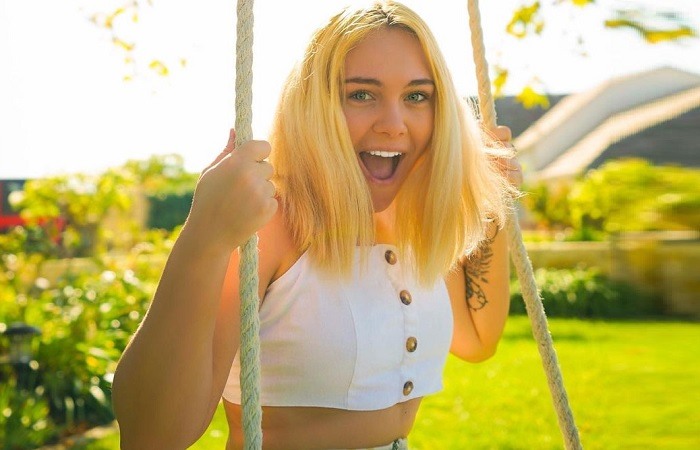 Kouvr Annon, born on May 31, 2000 in Oahu, Hawaii, United States, began posting primarily modeling videos on her Instagram handle @K0uvr starting in July 2018. Her Instagram fan base grew rapidly by the end of the year after she began posting pictures with her boyfriend Alex Warren. She is also known for sharing pictures from her various traveling destinations such as Vegas, Maui, California, and Kauai. What is particularly unique about her posts is that she often shares a fun fact related to the picture in the caption to keep her followers educated and informed. She joined YouTube in January 2019 and regularly posts videos with Warren on topics ranging from makeup, skincare, DIY, workouts, as well as traveling and vlogs. However, she boasts of the biggest fan following on her TikTok profile (also @K0uvr) on which she shares funny clips and lip-sync videos.

She Is in a Longtime Relationship with Alex Warren

While it is not known when Annon began dating YouTuber and TikTok star Warren, she told Hollywire that they began interacting after an old roommate posted her on her own Snapchat story and Warren inquired about her. She posted a picture with him for the first time on her Instagram on Christmas Eve 2018. The same picture of her in his arms in the middle of a dessert was shared by Warren a few days later, with a clearer caption confirming that they were an item. At the time, she was still in Hawaii while he lived in Los Angeles. She had come to meet him for Christmas, and he later flew over 3,000 miles to surprise her in Hawaii, which was captured in a YouTube video shared by him on January 26, 2019. In another video he posted on March 2nd, the two appeared together and talked about the difficulties of their long-distance relationship before revealing that Annon had moved out of Hawaii and into Los Angeles. In a later video, the two talked about fans constantly nagging them about getting married, but revealed that as 19-year-olds, they were not yet ready.

She and Warren Struggled Together In L.A.

Around the time Kouvr Annon expressed her interest in moving into Los Angeles, Warren himself was facing lodging issues after being kicked out of his house. A friend offered them his guestroom for a monthly $600 rent, which they could barely afford despite both working normal jobs apart from trying to establish themselves on social media. She worked at a kids’ camp while he was a busboy. They often created content for TikTok together and also appeared on other social media platforms together. Warren, who had been present on YouTube for a longtime, had earned a substantial fan following by then and the two were eventually able to save up enough to get an apartment.

She and Warren Are Hype House Members

Shortly after Kouvr Annon relocated to California, it was reported that she and her boyfriend Warren were living in the Hype House, a lavish Spanish-style mansion where a group of TikTok stars were living and creating content together. Originally established by the influencers Daisy Keech, Chase Hudson and Thomas Petrou, the group once included stars like Charli D’Amelio, Dixie D’Amelio, and Addison Rae, and had peaked at twenty-one members before Keech left the house in March 2020 following internal dispute. Annon and Warren have been permanent members of the group for a long time, even after the group moved out of the building in May 2020 and settled into the Hollywood Hills mansion formerly known as the Clout House. The group, still known as ‘The Hype House’, has 19.9 million fans on TikTok and 6.5 million followers on Instagram. After Hudson tweeted in June that there was a break in into the old Hype House, Annon went back there to check the extent of the damage. Through her Instagram story, she showed the ransacked state of the house, further revealing that her tattoo gun was missing and her automatic fish feeder had no fish in it. 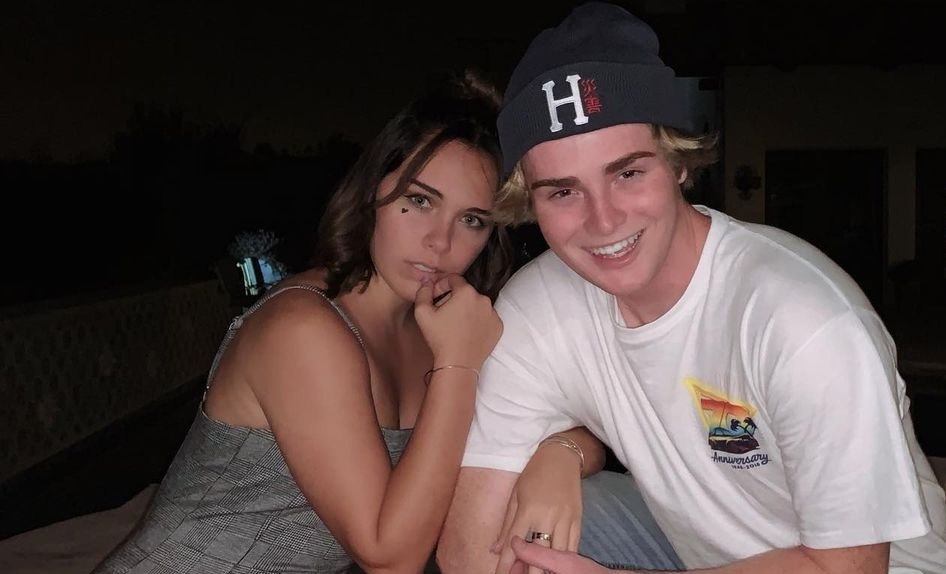 She Openly Talked against Body-shaming

In a statement posted on her Instagram story in August 2020, Kouvr Annon opened up about struggling with her body image due to incessant body-shaming by internet trolls. She revealed that she “hated the way I looked” and suffered from lack of self-confidence because haters constantly reminded her that she was “fat” and “ugly”. She further shared that it took her a long time to “finally look in the mirror and not absolutely hate myself.” In the lengthy statement, she took a clear stand that “it will never be okay to tear people down because of the color of their skin, the shape of their body, or their height and size.” She ended the message in a positive note by telling her followers to “think before you take time out of your day to tear someone down” and urged them to “spread positivity”. Her message earned support not only from her fans, but also from several popular social media stars, including her former Hype House mate and the most-followed TikTok star Charli D’Amelio. While talking to Hollywire later, Annon revealed that she even called out her grandmother after she told her to work out because she was “chubby”.