Quinten Verschure is a Dutch social media star and model best recognized for his TikTok profile with 675k fans and 36 million likes on his videos. He is mostly known for his funny video on TikTok, but is also popular on Instagram for posting fashionable snaps. Thanks to his TikTok fame, he has appeared as a guest on several Dutch television and radio shows. Apart from making funny videos, he also often collaborates with prestigious brands, such as Samsung, Netflix, Walibi Holland, This Is Holland, and Efteling, for sponsored TikTok content. As a model, he has worked with the clothing and accessories brand Zalando and the liquor brand Scotch and Soda. He is represented by next-icons.com.

He Joined TikTok At the Age of 11

Quinten Verschure has been active on various social media platforms since the mid-2010s and had joined TikTok back in July 2015, when it was still known as musical.ly. He was only eleven years old at the time. He was inspired to join the platform after witnessing how popular it was among the girls in his class. His first video posted on the platform had received only two likes, but instead of being dejected, he continued to upload comedy and prank videos almost on a daily basis. He still had fewer than 50k fans on the platform when he was recognized as a verified Muser in December 2016.

A year later, Quinten Verschure was interviewed by the kidsweek.nl website as part of a series on ten popular Musers from Netherlands. He had 217k fans on the platform at the time. Other than talking about his interests, the website also posted two compilation videos of his musical.ly clips. In another interview with Hart Van Nederland in April 2018, he revealed getting over 10k fans within a week, which he opined, was possibly “because I’m a boy and Musical.ly is mostly a girls app”. Also that year, he was named the “Best Muser” at ‘The Best Social Awards’, an award event for Dutch content creators. He has featured his parents on his musical.ly videos.

A year after joining musical.ly, Quinten Verschure joined YouTube in July 2016 and started his journey as a YouTuber in September that year by posting a Q&A video on his channel. In a video from May 2017, he introduced his mother on the platform. Months later in September, he vlogged about his experience of a trip to Las Vegas, United States in one of his videos. The same year, he also posted a video about participating in the ‘This Is Holland Flying Experience’. Unfortunately, he seems to have deleted most of his videos on YouTube. Currently, the only video on his channel is a challenge video titled “GUMMY FOOD VS. REAL FOOD!” posted on August 8, 2017. He apparently left YouTube before becoming famous on TikTok, because he only has a little over 5k subscribers on the channel.

While Quinten Verschure has left YouTube and his TikTok following has stabilized, he is currently very active on his Instagram profile where he posts all kinds of images and videos including selfies, modeling pictures, snaps with family and friends, and pictures from attending various events. He shared pictures from award events like the ‘Zapp Awards’ and while attending premieres of films like Birds of Prey. He also shared pictures with other popular Dutch creators such as Jooojade, Keanu Bruijnen, and IndigoJael while attending a TikTok meet-and-greet together. He is very close to his mother and often shares pictures with her with heartfelt messages. In one long Instagram post, he told his fans that while he is always smiling in his pictures, he often goes through bad days and always turns to his mother for support. He currently has just over 70k followers on his Instagram profile. 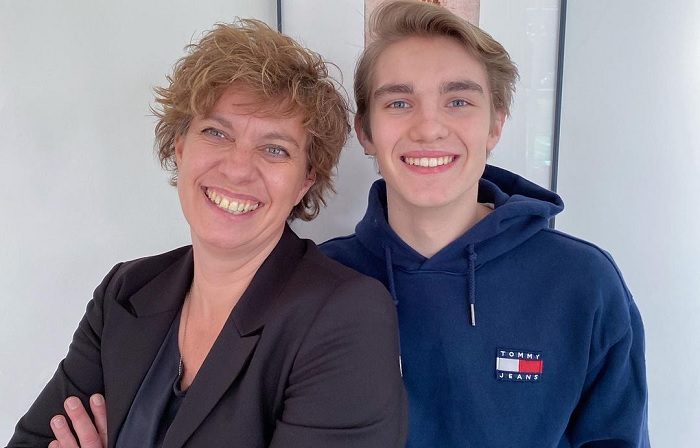 He Appeared on Various Radio and Television Programs

Thanks to his social media fame, Quinten Verschure has been invited on several Dutch television shows, mostly focused on children, as a guest. In 2018, he appeared as a guest on the RTV Utrecht Livestream for a radio television broadcast. The same year, he was also a guest on Serious Request, an annual campaign by the Dutch radio station NPO 3FM. In 2019, he attended the Club Hub event as a guest. The next year, he appeared as a table guest on De Wereld Draait Doorait – BBNVara, a popular Dutch evening talk show. Also that year, he was a guest on The Niki Today Show and the Kids Top 20 music program. He has appeared on several Zapp network programs for children as well, including ZappLive, Betreden op eigen Risico and Jill – AVROTros. Furthermore, he attended the 2020 edition of the Zapp Awards and shared snaps with other influencers from the event on his Instagram.