Cash Baker is an American pop singer, TikTok star, and social media personality. He gained fame as a TikTok sensation posting lip-syncs and original videos on his own account. He and his pop singer and TikToker brother Maverick Baker, who often features in his videos and posts, eventually rose to prominence as the musical duo Cash and Maverick. The two created buzz in music through their debut song ‘The Way You Move’ and official music video of the song ‘Whatever it Takes’. The comedy, lip-sync and dance videos they post in their joint TikTok account has also earned them huge fan base. Cash has also bolstered his social media presence with the YouTube channel ‘Cash and Maverick’ that he runs with Maverick and other social media handles like Instagram and Twitter.

Cash rose to prominence as a TikTok star. It all happened casually when he joined TikTok in 2016 and started posting his videos where he sang along to popular songs just to share his fun time with friends. However what started as a fluke eventually turned into a serious engagement for the teen when his lip-sync, fandub and original videos started getting considerable attention and followers. With time his rising popularity on the video-sharing social networking service emerged Cash as a TikTok phenomenon earning him more than twelve million followers. His TikTok presence bolstered after several of his fans compiled ‘best of’ his videos. After establishing their respective TikTok accounts, Cash and his elder brother Maverick launched their joint TikTok account where they post comedy, lip-sync and dance videos. The first video posted on the account saw the brothers shaking their legs in the middle of an aisle while they were at a store. 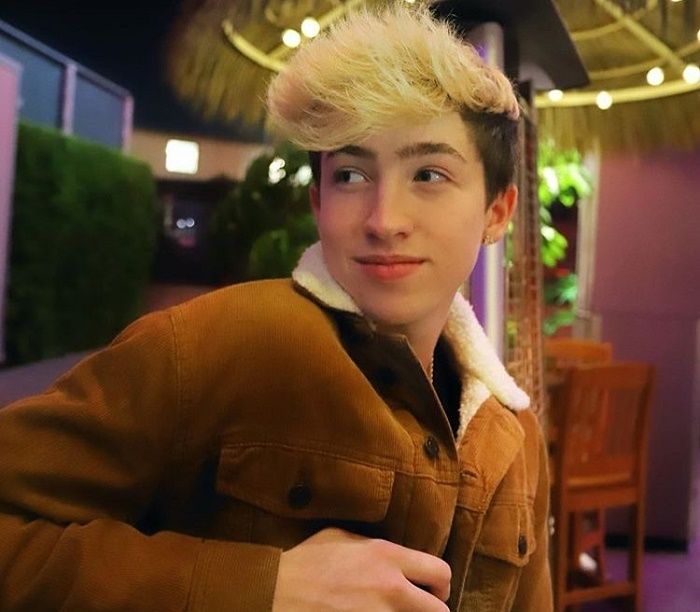 His TikTok popularity has reflections on his other social media handles as well including on YouTube, Twitter, Snapchat and Instagram. He maintains a YouTube channel of his own, created in 2016, mainly as an archive comprising of most of his popular TikTok videos and posts. He describes himself as singer and songwriter in his eponymous Instagram account. He has shared pictures of his New York and Boston trips in the account from mid-2016. In June 2018, he promoted skateboarder, TikToker and social media personality Lukas Daley through an Instagram post.

Cash shares a great bond with his elder sister Lani Baker and brother Maverick, both of whom are often seen in his videos and posts. Many of such videos feature locations like beaches and train yards. Cash is a motocross athlete and several of his videos feature him riding and making tricks on his motorcycle.

Cash and Maverick also form part of the music duo called ‘Cash and Maverick’. Popularity on TikTok led the brothers resolve to venture into music. After forming their own band, the brothers released their debut song titled ‘The Way You Move’ in 2018. On November 20, 2018, they uploaded the song’s lyric video on their YouTube channel ‘Cash and Maverick’ created on December 26, 2012. The song has so far gained over 6.8 million views. The song is also available on Apple Music and iTunes. Moving on the brothers released official audio of their new song ‘Young and Broken’ on YouTube on February 25, 2019. Since then it has drawn over 3.9 million views. Popularity of the duo reached new heights when they released official music video of the song ‘Whatever It Takes’ on April 4, 2019. It went viral and has already gained over 25 million views. In the ensuing months, they released official music videos of other tracks like ‘Queen’, ‘Good Thing’ and ‘Space Cowboy’ which only upped their popularity quotient and fanbase.

Cash and his brother have also come up with their own merchandise. One can visit shopcashandmav.com to get a glimpse of and avail from the variety of apparels and accessories available from the Cash and Maverick brand. The products of Winter Collection as well as Back-to-School Collection on offer include C&M “Palm” pullover hoodie, baker crewneck sweater, C&M sweatpants, C&M water bottle, Cash and Maverick blanket, school starter pack and C&M phone grip among others. 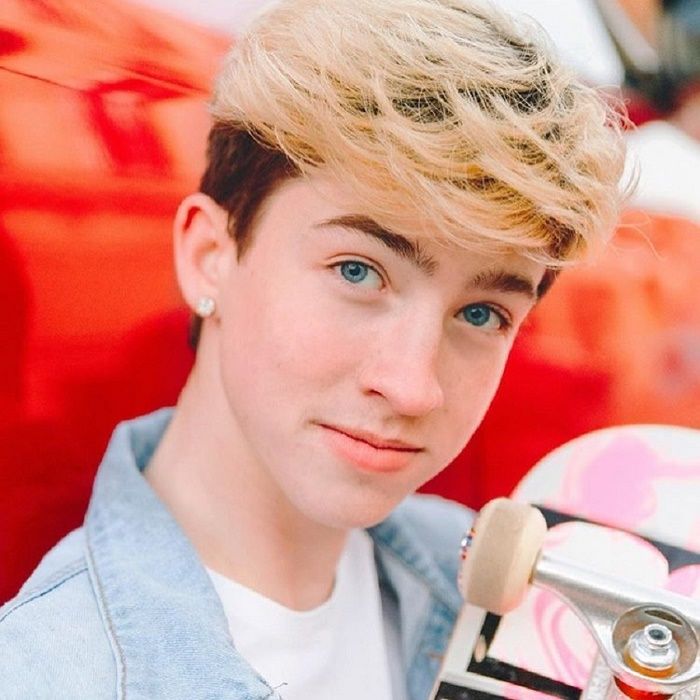 Cash Baker was born Cash Elton Baker on March 5, 2003, in Tilsa, Oklahoma, US, to Rick Baker and his wife Tara as youngest of their three children. His elder sister Lani Baker is a blogger and famous model noted for modelling for brands like Caycee Black, Neiman Marcus and Exit Peru. His elder brother Maverick has also found fame as pop singer, TikTok star and social media personality. According to sources, Cash is being homeschooled. He enjoys swimming, skateboarding, loves adventure sports and exploring new places and indulges in these during his spare time. He presently lives in Los Angeles and hopes to sign up with a major record label and make it big in the world of music.