Kasi Bennett is better known as Jamaican sprinter and ‘Olympic’ gold medalist Usain Bolt’s long-time girlfriend. The two had reportedly started dating years back but revealed their relationship in 2016. In early 2020, Kasi and Usain announced that they were expecting a baby girl. Kasi runs her own marketing firm in Jamaica, along with Usain. She is also the founder of a non-profit organization that works for underprivileged children in Jamaica. Kasi is also quite popular on social media. Her ‘Instagram’ is full of her travel pictures and her photos with Usain. 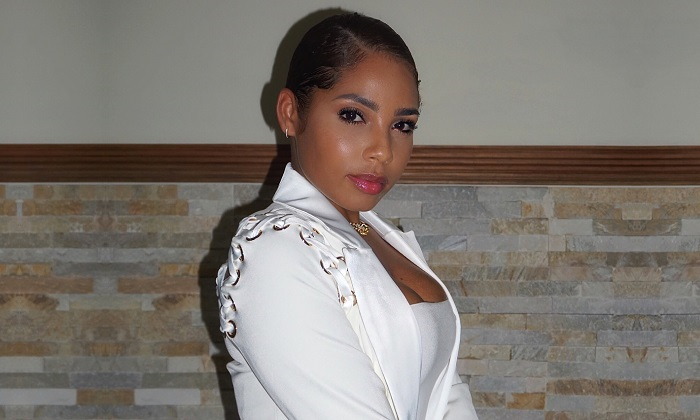 Kasi Bennett’s Early Life and Her Relationship with Usain Bolt

Kasi J. Bennett was born on July 7, 1990, in Old Harbour, Jamaica. Not much is known about her family or her life before she began dating Usain Bolt. However, it is known that she has obtained her LLB and MBM degrees. Some sources also mention her as a model.

Kasi began dating legendary Jamaican sprinter and 8-time ‘Olympic’ gold medalist Usain Bolt back in 2014. They had managed to keep their relationship away from the media for a long time. Kasi is 4 years younger than Usain and, at 5’ 3”, is also a foot shorter than him.

Usain revealed their relationship for the first time on April 3, 2016, just before the ‘Olympics’ that year, when he posted a photo of them on ‘Instagram’ and captioned it “President and First Lady.” 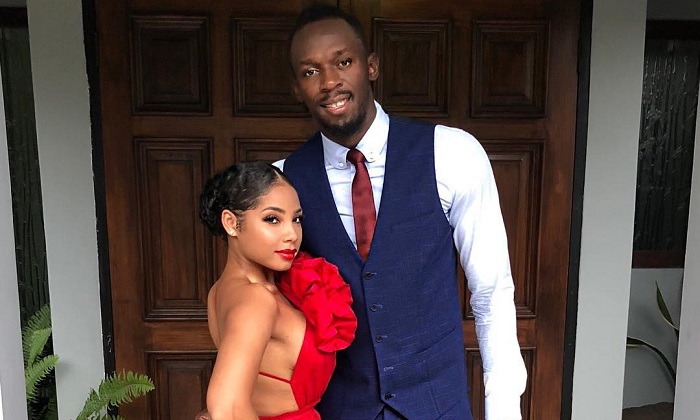 The same year, while talking about his love life in an interview with ‘People’ magazine, he mentioned, “’We just got really serious, we are taking it one step at a time,” adding that though he had always wanted a family, he wished to find “the right person” first.

Usain later also spoke about how Kasi was fine with him being away on professional tours when they had started dating.

Usain announced Kasi’s pregnancy on January 23, 2020, with a picture of Kasi dressed in a gorgeous red silk dress, cradling her baby bump, on ‘Instagram,’ with the caption “I just want to say a KING or QUEEN is about to be HERE.”

In March 2020, the couple hosted a grand gender-reveal ceremony at Peter’s Rock in Kingston, Jamaica. The event began with a slideshow featuring photos and clips of their journey through their 6-year-old relationship. The event was attended by scores of guests and even had a dance party in the end. 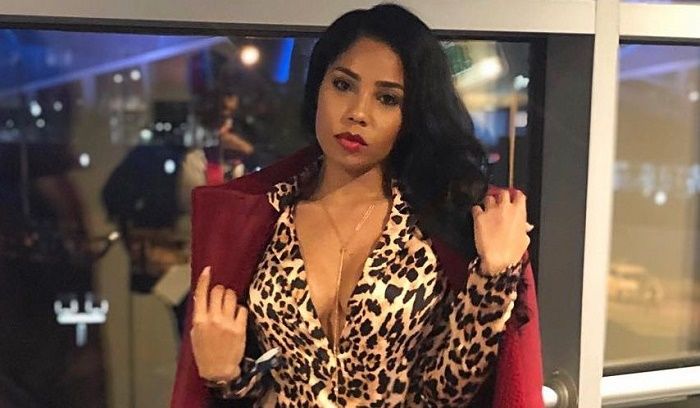 At the end of the slideshow, a clock appeared on the screen. Once the countdown hit zero, the screen was filled with fireworks. At the same time, real fireworks were set off in the sky and ended in a pink flash, revealing that they were expecting a baby girl.

The guests got pink “Baby Bolt” hats. Neko Kelly, Kasi’s stylist for the day, dressed her up in a custom-made ruffled, white maxi dress designed by ‘Kadian Nicèly.’ The dress showed off Kasi’s bump, and had a thigh-split and a V-neck. Kasi paired the dress with pink heels and white cross earrings. Bolt wore a custom-made “Girl Dad” sweatshirt. Kasi later put on a similar sweatshirt, with the words “Girl Mom” printed on the back.

Usain later uploaded a video on ‘TikTok,’ stating: “I just did the reveal, I’m a girl dad.” He also jokingly threatened any future boyfriend of his unborn daughter, saying, “Any man! Any boy! Don’t play with me!” 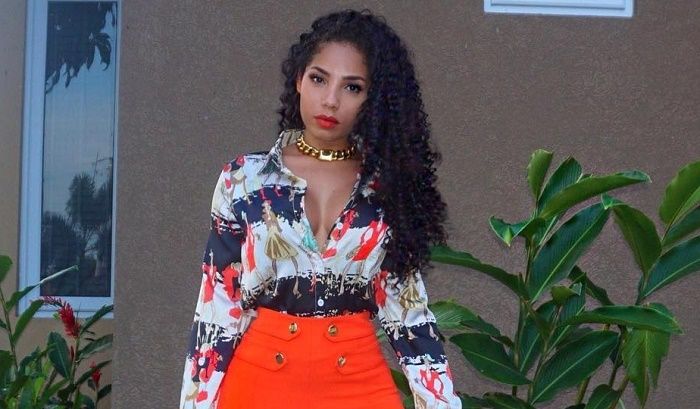 Kasi, too, shared her excitement on ‘Instagram,’ posting several pictures from her maternity shoot, with captions such as “Our golden child. Coming soon…,” “Our greatest celebration,” “Our biggest blessing.”

Interestingly, Usain had once joked that he ideally wanted three kids but will continue having kids till he has a son.

Kasi Bennett and Usain Bolt’s picture-perfect relationship was, however, not entirely a fairy-tale romance. Usain has apparently cheated on Kasi earlier. In August 2016, a few months after he revealed his relationship with Kasi, it came to light that Usain had had sex with Brazilian student Jady Duarte. 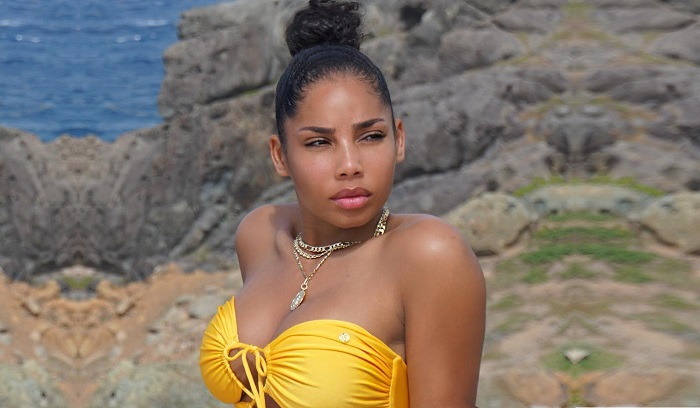 Apparently, Usain had picked up Jady at a nightclub named ‘All In’ in Rio de Janeiro and had spent a night with her. He then had to travel to London for work but went back to Rio to meet her again. He then got intimate with her and a few other ladies.

Kasi later compared Bolt’s action to “shopping at Primark” (discount retailer based in the U.K.). She “liked” an ‘Instagram’ post that read: “When your girl is Selfridges, and you cheat on her with Primark.”

Kasi Bennett as a Person

Kasi Bennett is not just a star girlfriend but has a life of her own, too. She is the managing director of ‘Elevate Marketing House Ltd.,’ a marketing agency that she owns with Usain. She is also the founder of ‘Project Kase,’ a Jamaica-based non-profit organization that works for underprivileged children in Jamaica. One of their aims is to build better schools in the rural areas of the country. 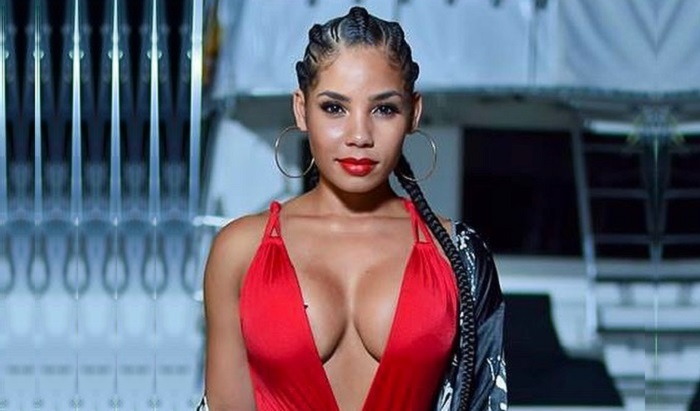 Kasi loves to travel and has been to many exotic destinations, such as Ibiza, Cabo, the Turks and Caicos Islands, and Thailand, with her partner. She is also a major fashion lover and loves to experiment with clothes.