Other Name:- Cristoforo Colombo, Admiral of the Ocean Sea

Christopher Columbus — the name at once brings to our mind the image of a great explorer who had sailed the in search of India and finally discovered the land of America. His name has been etched in golden words on the pages of history. One of the most celebrated explorers of all times; the people of America even dedicate a day of the year to him known as the ‘Columbus Day’. There are also many communities which have been named after him, making it distinct how much importance he holds for them.

However, there are many realities about this personality which we are unaware of till date. We only discuss the good he has done and in that praise we often miss out or simply ignore his ill deeds. In recent times, many historians have begun studying about Columbus in detail and have revealed stark realities which were not known to the masses, as until now only his achievements took the limelight. 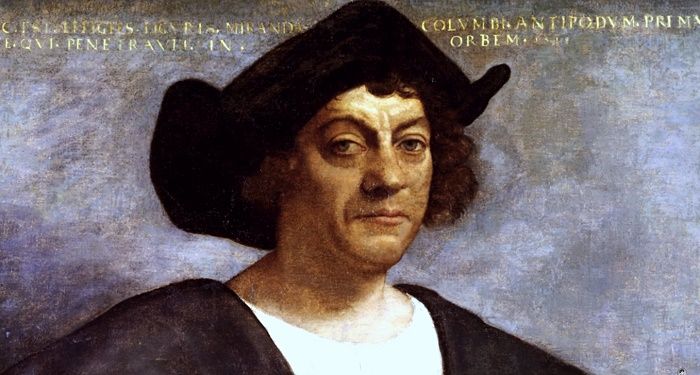 This adventurer is credited with discovering America and also stating that the world is not flat, but historians are of a varying view and say that even before Columbus, these facts were known to scholars.

Christopher Columbus’ long awaited three-ship voyage was backed by King Ferdinand of Spain and in 1492 his expedition began in the Santa Maria ship along with two other ships named Pinta and Niña. He was said to have embarked on the journey in search of new lands but what later came to be the real motive of his voyages was the search for wealth and the land where he first landed (now the Bahamas) allured him as he saw the amount of gold the natives possessed. The natives were innocent and wanted to enter into trade relations with the Europeans; they even began to deal in cotton balls, spears, parrots and glass beads. But, what Columbus wanted was their gold and other wealth.

He went back to Spain and told about his expedition and then he went for another voyage discovering a few more islands in the Caribbean Ocean.

The Queen of Spain was against slavery and in spite of that, Columbus enslaved the people, even raping the women and little girls of the regions and forcing them into prostitution. These and various other deeds of Christopher Columbus filled the natives of the island with disgust. When the rulers of Spain learnt about Christopher Columbus’ brutality, all his powers were taken away and he was called back to the country as a criminal.

His cruelty and the deeds he was involved in, made one of his comrades, Bartolome de las Casa ,write in ‘The History of the Indies’, “Such inhumanities and barbarisms were committed in my sight as no age can parallel… My eyes have seen these acts so foreign to human nature that now I tremble as I write.”

When Christopher Columbus first landed in the region now known as Bahamas, he tried to grab the wealth of the natives and also wanted to enslave the people with the help of labor policies. However, according to his journal, the people of the forest (Arawaks) frightened him and he wrote about it as,

“They do not bear arms, and do not know them, for I showed them a sword, they took it by the edge and cut themselves out of ignorance. They would make fine servants . . . with fifty men we could subjugate them all and make them do whatever we want.”

The Arawaks were described as friendly people by the other European voyagers who visited the land. They had no match in hospitality and they did not deter from sharing whatever they had. The Arawaks in the words of Columbus, “are so naive and so free with their possessions that no one who has not witnessed them would believe it. When you ask for something they have, they never say no. To the contrary, they offer to share with anyone.”

Christopher Columbus was shrewd enough and when he realized how much gold these people had, he asked them to show him the place where such wealth can be found. The innocent natives led him to regions which are now known as Haiti and Cuba (Columbus, however, thought the land to be Asia). There they found a river which had gold deposits but Columbus was disappointed as he thought that he would find a gold mine or a large field of gold. After having seen these, he sent a letter to Spain saying, “There are many spices, and great mines of gold and other metals.” Because of this, he was granted allowance for another expedition where he would be accompanied with 13 ships. These ships were laden not with gold but the country’s currency and hundreds of slaves.

In 1495, Christopher Columbus came back to the newfound land and captured 1500 individuals converting them into slaves. Out of them he sent 500 to Spain and among them 200 died during the journey, thus, began the ‘transatlantic slave trade’. The ones who were left behind had to look out for gold and they were even given a target which they had to meet or else their hands would be cut off.

On learning that there was no longer any gold deposit left in the region, all the people were made slaves and they had to work in the estates of Columbus and his men. Gradually, the Arawaks died and the result was that their number decreased. According to studies, during the 15th century the population of these people dropped down from 300,000 to 50,000 and then to 600, finally, the land was emptied of the race.

Not only men, his cruelty was more over children and women. Apparently, raping women was a reward which this voyager gave his lieutenants.

In recent times, an account by Spanish colonial administrator consisting of 48 pages was found and it had many facts about Columbus and his rule in the newfound land. Francisco De Bobadilla was appointed by King Ferdinand and Queen Isabella and bestowed with the responsibility of investigating the ways in which Columbus was ruling. To his surprise Bobadilla encountered many events of cruelty. One such was the atrocities a woman was meted out when she tried to stand against the so-called ruler. The woman was undressed and was made to ride on a mule through the streets. Later, her tongue was cut out by Columbus’ brother Bartolomé. This was just an example of what Columbus did to the natives. His crimes knew no bound and as a result Francisco De Bobadilla took away all his powers and transported him back to Spain as a prisoner.

However, the course of enslaving the natives went on even after Columbus and in the book ‘The History of Indies’ by historian Bartolome de las Casas published in 1552, we find that by the time the book was written, non-European population was on the decline. The enslavement of men affected birth rate and the over burden of work made women so weak that most of them were not in the position to breastfeed and they themselves were under-nourished. The book even says that some women became so disappointed by the way life took turn that they, “drowned their babies from sheer desperation.”

Having discussed so much about this mythical character, it is time we decide whether we should give him the status of a hero and sing eulogies for him. His wrongdoings in fact are overpowering but we choose not to discuss them and regard Christopher Columbus as an important individual in history. Important he was, but with a lot of flaws which are too grave to be ignored.