Lev Cameron Khmelev is a French–American dancer, actor, and social-media personality. He began dancing at the age of 5 and is trained in a variety of dance forms. He became a household name after appearing on reality shows such as ‘So You Think You Can Dance: The Next Generation,’ ‘Dancing with the Stars: Juniors,’ and ‘Dancing with the Stars.’ He is also known for his appearance in pop star Justin Timberlake’s music video ‘Can’t Stop the Feeling.’ Lev is also popular on social-media platforms such as ‘TikTok,’ ‘Instagram,’ and ‘YouTube.’ He has also been part of the series ‘My Haunted House’ and the miniseries ‘Evil Things.’ He is said to be dating actor and social-media star Piper Rockelle, and the two have also collaborated on a lot of videos. 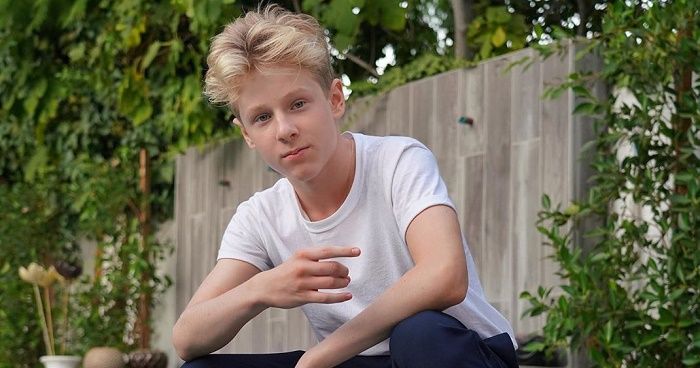 Lev Cameron Khmelev, better known as Lev Cameron, was born on October 11, 2005, in Aix-en-Provence, France. However, many sources claim he was born in the United States. He now stays in Hollywood, Los Angeles, California, United States. He is of French–American descent.

Lev was an advanced student. He attended preparatory school in order to pass the ‘California High School Proficiency Exam’ (CHSPE) at the tender age of 12. At 13, Lev enrolled at the ‘Los Angeles Valley College,’ located in Valley Glen, Los Angeles, California, United States. However, he attended online classes only.

Career: From Dancing to Acting

Lev Cameron began dancing at the tender age of 5. It is believed he had decided to become a professional dancer after just a week of dance lessons.

He began his training with ballroom dance. He is now trained in hip-hop, jazz, ballroom, and contemporary dance, among others. He considers tap and contemporary the most difficult of all dance forms. He also taught himself the unique “popping and locking” style of dancing.

Lev Cameron was among the top 30 competitors on the ‘So You Think You Can Dance: The Next Generation’ in 2016. His performances on the show were judged by Jason Derulo, Maddie Ziegler, Paula Abdul, and Nigel Lythgoe. In 2017, he appeared on the talent show ‘Little Big Shots,’ along with his dance partner, Sofia Sachenko. The show was created by Steve Harvey and Ellen DeGeneres.

He became popular with his appearance (as a kid in the pool) in the Justin Timberlake video ‘Can’t Stop the Feeling’ in 2016. He did not get the opportunity to talk to Justin a lot during the shoot. However, Justin once placed him on his shoulders to spin him. Although this stunt was edited out from the final version, Lev still considers the moment one of his most memorable ones. 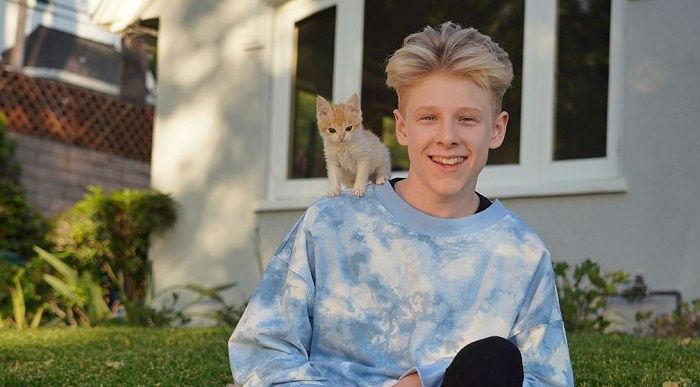 Lev has a hugely successful self-titled ‘YouTube’ channel, where he posts videos such as pranks and challenges. He launched the channel on January 1, 2018. However, his first video on the channel was ‘MY CRUSH REACTS TO FUNNY ASSUMPTIONS ABOUT ME **INSTAGRAM CHALLENGE**,’ along with Piper Rockelle, posted on November 17, 2019. The video has already garnered 188 thousand views. His channel has, over the years, garnered more than 3 million views and over 154 thousand subscribers.

He is also popular on ‘Instagram,’ with his account, ‘itsmelev.’ He has gained over 280 thousand followers on the platform.

A lil throwback to a couple weeks ago👍🏻 thank you for the amazing class @guygroove 🔥 Choreo: @guygroove Dancers: @cody_copley Studio: @theplaygroundla

He is a huge star on ‘TikTok,’ too, where his account, ‘levcameronkhmelev,’ has earned over 185 thousand followers and more than 1 million likes.

Lev is quite close to his mother, Irina Khmelev. He posted a selfie with his mother on October 11, 2015. Not much is known about his father.

Though most sources claim Lev might be single, it is believed Lev has been dating actor and social-media star Piper Rockelle since 2019. Two videos posted on his ‘YouTube’ channel in November 2019 have seen Lev naming Piper as his crush. Piper and Lev have also collaborated on a few videos.

When they were asked by fans if they were dating each other, both Lev and Piper avoided the question. However, Lev’s ‘Instagram’ account is full of his photos with Piper. In one such photo, posted on December 31, 2019, Lev and Piper can be seen posing with each other on a motorcycle, with the caption, “Riding into 2020 like…” To this, Piper later responded by commenting, “Happy to be along for the 2020 ride with you,” followed by a heart emoji.

He is a huge fan of the dance styles of John Travolta, Marty Kudelka, Justin Timberlake, and Kenny Wormald.

Lev has endorsed brands such as ‘Wrapped In A Cloud.’

His favorite travel destination is France, as he was born there and has also spent a small part of his life there. He speaks a little French, too.