Jamaican–American rap and hip-hop sensation Lil Tecca is already creating ripples in the American music scene, within just a few years of launching his career. The New York-based singer, rapper, and songwriter first came under the spotlight with his debut track, ‘Ransom,’ released in May 2019. He is also known for his debut mixtape, ‘We Love You Tecca,’ which contained many of his previously released tracks. Though he aspired to become an ‘NBA’ star initially, music took over soon, and he became immensely popular with young listeners. Not much is known about his personal life, which could mean he does not wish to reveal much about his life to the media. He has already been nominated for an ‘MTV Video Music Award’ and is looking forward to a lot of collaborations with top rappers of the industry.

His real name is Tyler-Justin Anthony Sharpe, and he is of Jamaican descent. Not much is known about his parents. 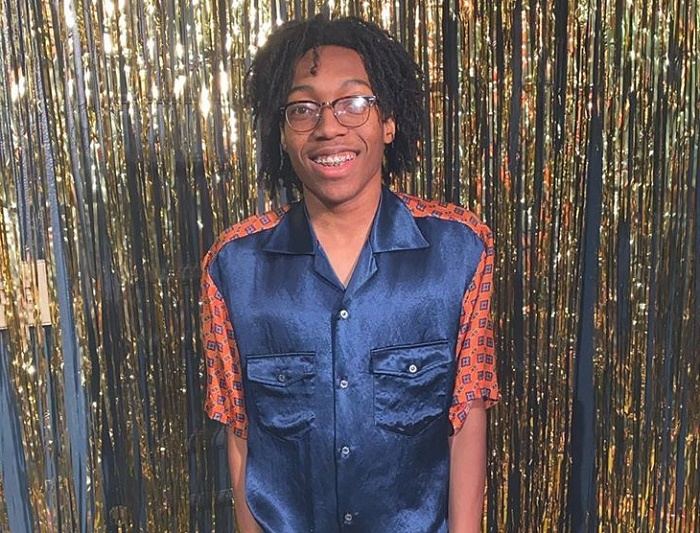 Lil Tecca spent most of his growing years playing basketball and video games on his ‘Xbox.’

In his childhood, he aspired to play professional basketball and become an ‘NBA’ star. However, he dropped his ‘NBA’ plans in middle school, when music took over his interests.

When he was about 12 years of age, Lil Tecca developed an interest in music and decided to pursue it as a career option.

He had begun rapping much earlier, probably by the time he was 9 or 10. He would often rap with his friends on his ‘Xbox’ mic. They would make “diss” tracks targeting each other. One such track was also uploaded on ‘SoundCloud.’

One of his initial releases was the song ‘Tectri,’ in early 2017. It was a collaboration with his friend Lil Gummybear. In 2018, he released tracks such as ‘Callin,’ ‘My Time,’ and ‘Rags to Riches.’

He gained popularity following the release of his official debut single ‘Ransom,’ which was released independently on May 22, 2019. It was later released by ‘Galactic’ and ‘Republic Records.’

It is believed that Taz Taylor, the founder of Los Angeles-based music collective ‘Internet Money,’ sent him a tweet suggesting a collaboration.

Lil Tecca thus went to California, along with his manager, Giuseppe Zappala, to record with Taylor. ‘Ransom,’ one of the tracks he recorded then, was a 2-minute dance rap inspired by Speaker Knockerz and A Boogie Wit Da Hoodie. The song made its debut at number 35 on the ‘US Billboard Hot 100’ chart.

Directed by Cole Bennett, the music video of ‘Ransom’ was released on the ‘YouTube’ channel titled ‘Lyrical Lemonade.’ Over time, it has gained over 203 million views.

‘Ransom’ scored over 300 million “plays” on ‘Spotify’ and was ranked at number 2 on the ‘US Hot R&B/Hip-Hop Songs’ chart and the ‘Canadian Hot 100’ chart. It also eventually reached number 4 on the ‘US Billboard Hot 100’ chart.

The tape reached number 3 on the ‘Norwegian Albums’ chart (VG-lista) and the ‘Canadian Albums’ (Billboard) chart. It was also ranked at number 15 on the ‘UK Albums’ chart. It also had a guest appearance by rapper Juice Wrld.

Lil Tecca once stated in an interview that his stage name, “Lil Tecca,” was inspired by a female acquaintance on ‘Instagram,’ who would often call him “Lil Tecca,” as she was known as Tecca.

He has over 2.8 million followers on ‘Instagram.’ He launched his ‘Twitter’ account in February 2018, and it has since gained more than 208 thousand followers since then. He has his own website, https://www.weloveyoutecca.com, and an official online store, https://shop.tecca.site.

Lil Tecca As a Person

He loves gorging on curry goat. He also loves Mexican cuisine. He is a big fan of the basketball team ‘Milwaukee Bucks.’ His favorite restaurant chain in New York is ‘Golden Krust.’

He loves spending his leisure either by traveling or by listening to music. His favorite holiday destination is Greece. He loves the color black.

His favorite actors are Jaden Smith and Zendaya. He wishes to collaborate with Chief Keef and Drake. One of his favorite artists is rapper Speaker Knockerz. Had he not been a rapper, Lil Tecca would have been a producer. He began making beats at age 11.

He believes he does not feel any pressure to perform for being a New Yorker, because many people do not know that he is from New York. He is known for his signature braces and spectacles.