Charli D’Amelio is an American TikTok star, social media personality, and competitive dancer. She started participating in dance competitions at the age of five. She became the overall title winner in the ‘Diva Dance Regional Dance Competition’ held in Hartford, Connecticut. The young talent joined singer Bebe Rexha and performed on-stage during Jonas Brothers’ ‘Happiness Begins Tour.’ She started her journey in social media posting pictures on Instagram. Aspiring to become a dancing star, Charli grabbed the spotlight with her rather nascent self-titled TikTok account. Her original choreography, montage, and lip-sync videos went viral and have already amassed millions of fans.

Charli D’Amelio is quite passionate about dancing. She started honing her skills in the art at the age of just three and started participating in competitions from five years of age. She competitively danced at ‘The Spot’ at ‘Just Dance Studios,’ a dance school in Norwalk. She took part in the ‘Diva Dance Regional Dance Competition’ at Hartford, Connecticut, and emerged as the overall title winner. The promising dancer aspires to make a name like Jennifer Lopez. Charli once mentioned that her favourite styles of dancing are contemporary and jazz. American singer, songwriter, and record producer Bebe Rexha roped in Charli to perform with her in opening the November 23, 2019 concert of the ‘Jonas Brothers’ at the ‘Barclays Center’ in Brooklyn, New York City. 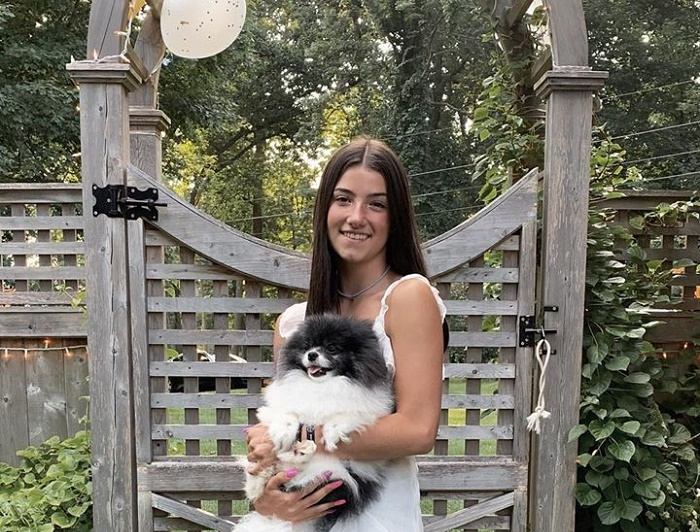 Like several other youngsters, Charli started her journey in social media posting pictures. She became active on Instagram in 2016. Her posts on the photo and video-sharing website often include throwback pictures of her and her sister.

Stealing the Spotlight as the New TikTok Sensation

In June 2019, Charli D’Amelio launched her TikTok channel, and as they say the rest is history. She has very well utilised the short video app in showcasing her talent, especially her dancing and choreographic skills. Her original choreography, montages, and lip-sync videos have earned her massive popularity and fanbase. The first TikTok video that brought her under the spotlight was a duet with ‘Move With Joy,’ a simple and straightforward video where Charli was seen following Joy’s easy to learn dance choreography. Charli mentioned to NBC News that her TikTok channel grew more following the ‘Move With Joy’ video, which was posted in July 2019. Charli has succeeded in making a huge impact on TikTok, which is evident from millions of followers and hundreds of millions of likes.

Charli D’Amelio has collaborated with many other popular TikTokers, including Chase Hudson and Maximo Rivano. Charli’s collaborative efforts include a TikTok dance video on the track ‘No Idea’ (by emerging Houston rapper Don Toliver) with the popular dance duo ‘The Lopez Brothers.’ Charli and the two brothers featured in the video in December 2019.

Meanwhile, her first meet-and-greet was organised in November 2019 at 48 Westport Avenue in Norwalk. Her fans were only delighted to shell out $100 to attend the event that included photos, TikTok video privileges and lunch with their star. According to estimates of her parents, the event drew a crowd of around 400 people. Charli later mentioned that all the proceeds from the event were donated to charity. On November 23, 2019, she uploaded the video ‘what happened at my meet & greet’ on her YouTube channel; it was the first video posted on her channel. The video went viral accumulating a massive over 3.4 million views in just two weeks and giving a boost to her YouTube channel.

A second meet-and-greet ‘Mistle Tok Meet-Up’ was held at the ‘Arch Street Teen Center’ in Greenwich, Connecticut, on December 14-15, 2019. It was also attended by Charli’s sister, Dixie, and fellow TikTokers Luca Lombardo, Maximo Rivano, Mark Anastasio, and Nikko Zingus. A part of money collected from the event was donated to the Teen Center.

Charli was born on May 1, 2004, in Norwalk, Connecticut, US, to businessman Marc and his photographer wife, Heidi. Charli’s father is a noted Republican and was a ‘Board of Education’ candidate in Norwalk, Connecticut. He founded ‘Level 4 Collective’ in New York City and serves as its President. Charli was raised in Norwalk. Her elder sister, Dixie, is an aspiring model and Instagram star. Her father and Dixie are also active on TikTok. Charli studied at the King School in Stamford, Connecticut.

There is no information on her romantic association and she is believed to be single. Charli is presently busy working on her TikTok videos and enjoying every moment of her overnight rise to stardom. She initially found it hard to cope with hate comments, but she later resolved to utilise her time and energy in creating quality contents for her followers and supporters instead of getting upset and spending time in replying the hate comments.