Famous As:- Mother of Jennifer Lopez

Guadalupe Rodríguez is a Puerto Rican socialite and former school worker who is the mother of pop-singer, actress and businesswoman, Jennifer Lopez, and ‘Emmy Award’ winning journalist, Lynda Lopez. She regularly accompanies her daughters to various Hollywood events and had heavily featured on her daughter’s concert film ‘Jennifer Lopez: Dance Again’. She was one of the celebrity moms to feature in the healthcare campaign called #YourMomCares by the Obama Administration. While Rodríguez shares a very tight bond with her three daughters and their children, she divorced her husband of thirty-three years, David Lopez, in 1999.

She Wanted to Be a Star

Guadalupe ‘Lupe’ Rodríguez was born on December 12, 1945 in Ponce, Puerto Rico, United States and was raised by her mother Julia Rodriguez. In her early youth, she sold Tupperware for some time and also worked in a school to support the family. At one point, the beautiful young woman had aspirations for stardom, but married computer technician, David Lopez, in her early 20s due to pressure from her mother. Following marriage, she became fully immersed in raising her children and ended up as a homemaker. She has three daughters with her husband: Leslie Ann Lopez (born 1967), Jennifer Lynn Lopez (born 1969) and Lynda Elaine Lopez (born 1971). The family lived in a small apartment in the Castle Hill neighborhood in the Bronx, New York City for some years before relocating to a two-story house they purchased.

All Her Daughters Are Established

While Guadalupe Rodríguez failed to be a star herself, her daughters have all established themselves in their own fields and even achieved stardom. Her middle child, Jenifer Lopez, is definitely the most accomplished amidst the three, gaining international recognition as an actress, singer, dancer, fashion designer and businesswoman. Jenifer Lopez has been involved in several high-profile relationships with actor and filmmaker Ben Affleck, singer-songwriter and actor Marc Anthony, and former basketball player Alex Rodriguez, and shares twins Emme Maribel Muñiz and Maximilian David Muñiz with Anthony. Her eldest daughter, Leslie, is a teacher and singer, married to media personality, Robert J. Scholl, with whom she shares two sons named Steven and Brendon. Her youngest daughter, Lynda, is an ‘Emmy Award’ winning journalist who has worked on both radio and television.

She Disapproved of Jenifer Ditching Education for Acting

Guadalupe Rodríguez and her husband David Lopez, both of whom worked hard to support their family, understood the value of education, and despite being Latino parents, taught the children the importance of being able to speak English properly. In fact, regardless of her own early aspirations for fame, Rodríguez was hard against her daughter Jenifer’s decision to leave college to pursue a career in acting. The conflict between the two had reached such a point that the daughter eventually moved out of their family home and rented an apartment in Manhattan. Fortunately, she was successful in her endeavor and the mother-daughter duo later patched up their differences. 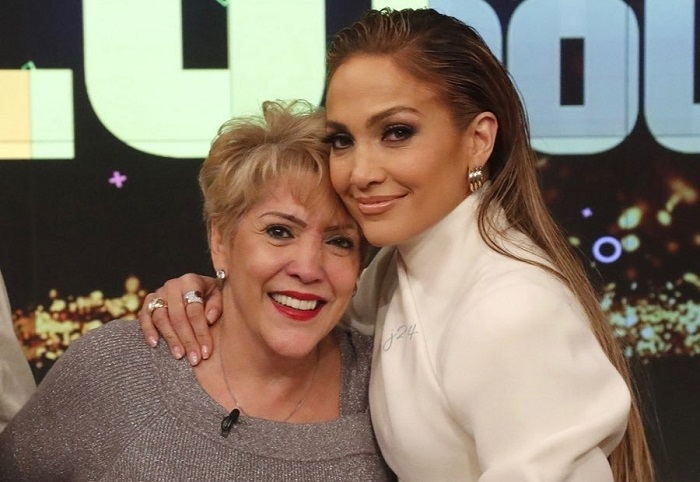 While Rodríguez might have been hard on her second daughter, Jenifer Lopez, for not completing her studies, forcing the “homeless” teen to sleep on a sofa in her dance studio at the age of 18, the latter still credits her mother for inspiring her to be a successful woman. She has talked about how her hardworking parents instilled a natural discipline into her, as well as a determination to succeed so as not to disappoint them. However, while she accepts that her father was always there, she still considers her mother to be the biggest influence on her. Rodríguez, who was told that she had to marry a man when she was 20 years old, taught her children that they could be anything they wanted to be, even the President of the country. In December 2018, J Lo took her mother to a special episode of The View, where she was given a surprise birthday celebration by the singer and Whoopi Goldberg.

She Was once Mobbed by Paparazzi

Guadalupe Rodríguez once got to taste the flip side of her daughter Jenifer’s celebrity status while accompanying her at the Sirius XM Satellite Radio in New York in December 2018. As the pop singer stopped to sign autographs after arriving at the location, an over-zealous fan accidentally elbowed Rodríguez while trying to get a better look at the star. The blow left her wincing, but she continued to move forward clutching the side of her face. However, her daughter was visibly angry as she tried to protect her mother wrapping her hand around her. After the event concluded, Rodríguez reportedly organized alternative transport to avoid another similar encounter.

She Is Known for Her Gambling

During an appearance on The Tonight Show Starring Jimmy Fallon in January 2015, Rodríguez’s daughter Jenifer revealed that her mother is “a huge gambler” who had won 2.4 million while playing the slot machines at The Borgata Casino in Atlantic City, New Jersey. She further added that the incident happened about ten years back and she learned about it after her mother made an uncharacteristically calm phone call to her before “screaming at the top of her lungs”. She even described the whole incident in minute detail to her daughter on the phone. Her daughter Jenifer, however, did not inherit her knack for gambling.

She Featured on the #YourMomCares Campaign

In 2014, Guadalupe Rodríguez was one of the celebrity mothers recruited by the Obama Administration to star in a video campaign called #YourMomCares, urging young Americans to register for healthcare before the March 31 deadline. For the two-minute video project, she collaborated with Terria Joseph, mother of Alicia Keys; Sharon Feldstein, mother of Jonah Hill; Patsy Noah, mother of Adam Levine; as well as US First Lady Michelle Obama. While the mothers shared tidbits about their celebrity children when they were younger, Obama concluded the video with the message, “we nag you because we love you.”