Isabella Rose Giannulli is an aspiring American actress who is better recognized as the eldest daughter of actress and producer Lori Loughlin and fashion designer Mossimo Giannulli. She is also the sister of popular social media star Olivia Jade Giannulli. She has already acted in two Hallmark television movies, Every Christmas Has a Story and Homegrown Christmas, and has made a guest appearance on the television series Alone Together. While she wanted to study acting, her future acting career seems clouded since her parents were jailed in the college admissions bribery scandal for paying $500,000 for their two daughters’ admissions to the University of Southern California, which eventually dropped the two siblings from their roster.

She Is the Eldest Daughter of Her Parents

Isabella Rose Giannulli, also known as “Bella”, was born on September 16, 1998, in Los Angeles, California, United States to Lori Loughlin and Mossimo Giannulli. Her mother is an actress and producer who is widely known for her appearance as Rebecca “Aunt Becky” Donaldson-Katsopolis on the ABC sitcom Full House, as well as its Netflix sequel, Fuller House. Her father is a fashion designer and founder of the mid-range clothing company Mossimo. Isabella is the eldest of two daughters of her parents, who had eloped on Thanksgiving 1997, and has a sister named Olivia Jade Giannulli, who was born just a year after her on September 28, 1999. They also have a step-brother named Gianni Giannulli, from their father’s previous relationship. She attended Marymount High School, an independent, Catholic, all-girls school in Los Angeles before going to the University of Southern California. She has a pet dog named Milo with whom she often posts pictures on social media.

She Followed Her Mother into Acting

Daughter of Lori Loughlin, often hailed as the “Queen of Hallmark”, Isabella wanted to become an actress from early on and even featured alongside her mother in a few Hallmark television shows and movies. She made her acting debut in the role of Mia Walker in her mother’s 2016 made-for-television movie Every Christmas Has a Story. While promoting the movie with her mother on The Today Show, she mentioned, “I look up to her, obviously, like she’s my mom and she’s so talented so like having her by my side the whole entire time was amazing.” In 2018, she appeared in one episode of the television series Alone Together before teaming up with her mother again on another Hallmark telefilm, Homegrown Christmas. However, her future in acting became uncertain after Hallmark dropped her mother from their productions following the college admissions bribery scandal. 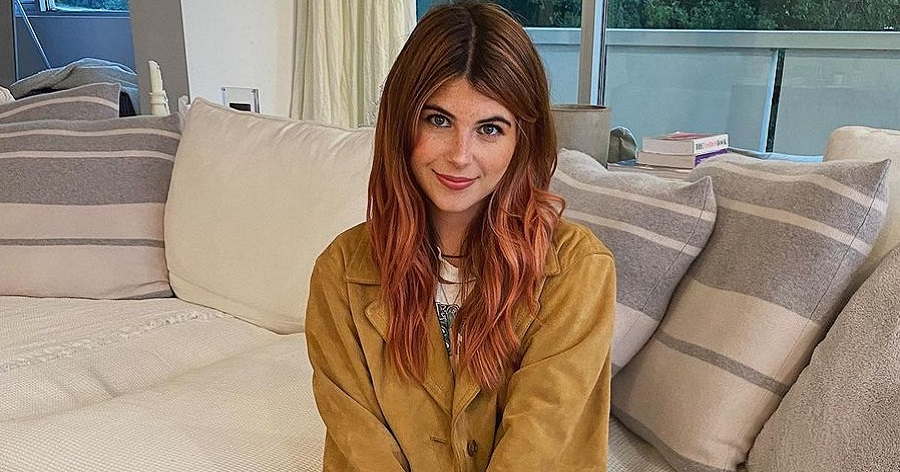 Her Parents Were Jailed for Fraud and Bribery

Both of Isabella’s parents were among the 50 people that the FBI and U.S. Attorney’s Office charged for fraud and bribery related offenses on March 12, 2019 in a sensational nationwide college entrance exam cheating scandal that became known as “Operation Varsity Blues”. According to the allegations, the couple had paid $500,000 to the Key Worldwide Foundation, disguised as a donation, for the admissions of their two daughters into the University of Southern California on the pretense that they would join the women’s rowing team, even though neither of them were trained in the sport or intended to do so.

Incidentally, Isabella joined the university in 2017, followed by her sister the next year. Unlike some of the other accused, Isabella’s parents delayed pleading guilty for over a year until May 2020, following which Loughlin and Giannulli were sentenced to two and five months of prison time, respectively. Isabella, who had limited social media presence, remained quiet about the whole scandal until July 28, 2019, when she wished her mother on her birthday. She further extended her support towards her mother on Mother’s Day 2020 by expressing how proud she was to be her daughter. As her parents went to jail later that year, she was photographed taking a relaxing beachside vacation with her friends at the five-star Rosewood Miramar Hotel in Santa Barbara, California.

Both the Sisters Were “Involved” in the Fraud

Ever since the college admissions bribery scandal was exposed, both Isabella’s future education and career in acting became clouded as one after another big houses in the industry severed ties with her mother. According to an early report from March 2019, both the girls were able to remain enrolled at USC as the institution claimed to be “conducting a case-by-case review for current students and graduates that may be connected to the scheme alleged by the government”. In October that year, the USC Registrar revealed to USA TODAY that the two sisters were no more enrolled at the institution. However, it was still unclear how the two girls were involved in their parents’ scam. On August 17, 2020, Assistant U.S. Attorney Justin O’Connell wrote in a memo to the judge that Giannulli and Loughlin had “involved both their daughters in the fraud, directing them to pose in staged photographs for use in fake athletic profiles and instructing one daughter how to conceal the scheme from her high school counselor.” While the daughter instructed was Isabella’s sister Olivia, it was clear that both the sisters were well aware of the fraud.

She Is Her Sister’s Biggest Fan

Even though Isabella Rose Giannulli has already acted on television series and movies, she is a reserved person who is not very active on social media. Compared to her younger sister Olivia, who has 1.3 million followers on Instagram and 1.83 million subscribers on YouTube, Isabella has only 242k followers on her Instagram profile. Moreover, she has admitted that “I just have followers from [my mom] mostly and then like my sister’s YouTube followers.” Nevertheless, she is very close to her sister, “She’s like my best friend. Like a built-in buddy since birth. She’s like the one person like I know I can rely on for like anything so it’s amazing.” In the same interview with BUILD Series, she also claimed “I’m her biggest fan”. Furthermore, she has appeared on her sister’s YouTube channel.