American actor and producer Shawn Southwick, or Shawn Ora Engemann, is the former seventh wife of popular TV host Larry King. Both Shawn’s parents were associated with the music industry, and Shawn, too, began her career as a backup singer at a tender age. She then appeared in numerous films and series. She met Larry King and married him in a hospital room in 1997, just before he underwent a heart surgery. They have two sons. They filed for divorce once in 2010, but reconciled later. Larry filed for divorce again in 2019, taking Shawn by surprise. 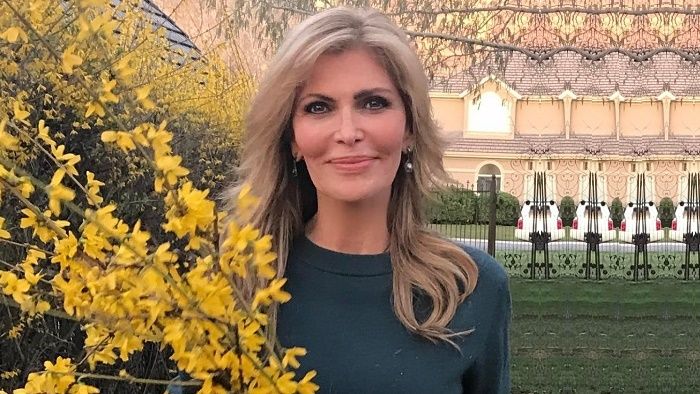 Her father, Karl Engemann, served as the chief of Artist & Repertoire at ‘Capitol Records’ and as the business manager of country singer and actor Marie Osmond. Her mother, Geri, worked as a studio singer for music sensations Elvis Presley and Bob Dylan.

Her uncle, Bob Engemann, was a member of the three-member pop group ‘The Lettermen.’

Shawn grew up with a sister, Shannon, and two brothers, Paul and Ryan.

Shawn is a Mormon and thus a member of the ‘Church of Jesus Christ of Latter-day Saints.’

In 1977, Shawn graduated from the ‘North Hollywood High School’ in North Hollywood, California. She then joined the ‘Brigham Young University,’ in Provo, Utah. 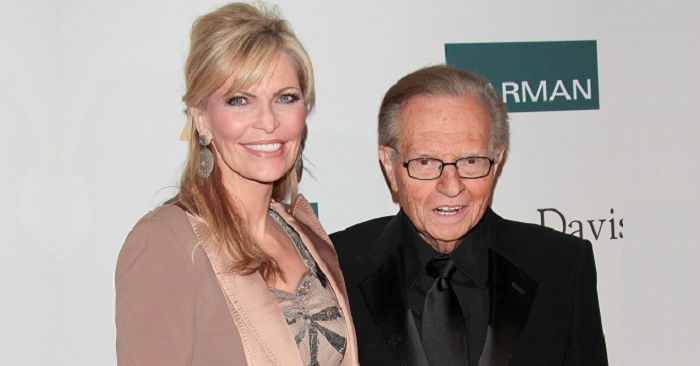 The Rise of a Singer and Actor

Being surrounded by the elite of the music industry, Shawn Southwick developed an interest in music at an early age. At 3, she had already started singing as a backup artist for renowned singers such as Neil Diamond, ‘The Beach Boys,’ Tennessee Ernie Ford, and Bobby Sherman.

As a child, she also sang for ‘Rudolph the Red-Nosed Reindeer,’ a TV film starring Burl Ives.

Shawn also sang a solo in the ‘Nat King Cole’ Christmas special and contributed to the jingle for the ‘Oscar Meyer Wiener’ commercial. 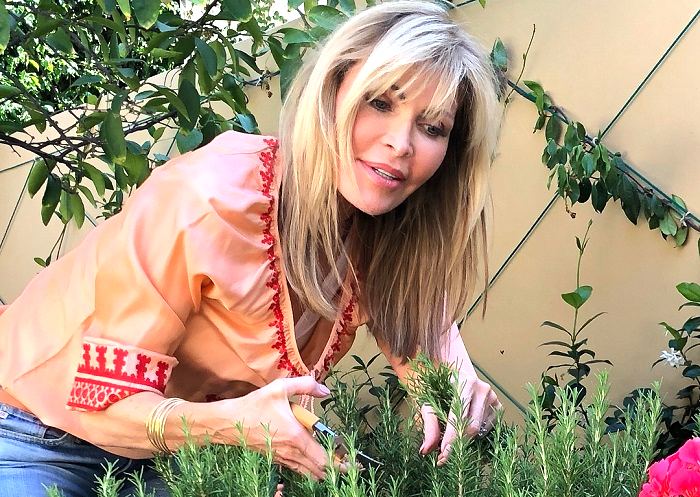 At 15, she appeared as ‘Pam Flinders’ in ‘Saturday’s Warrior.’ In 1975, she and her brother, Paul, sang ‘For Your Love,’ which reached number 91 on the national charts.

Following her university days, she took up acting seriously, appearing mostly as a supporting actor in Hollywood films. In the mid-1980s, she appeared on several TV shows, such as ‘Knight Rider,’ ‘McCormick,’ ‘The A-Team,’ ‘Riptide,’ and ‘Hardcastle.’ 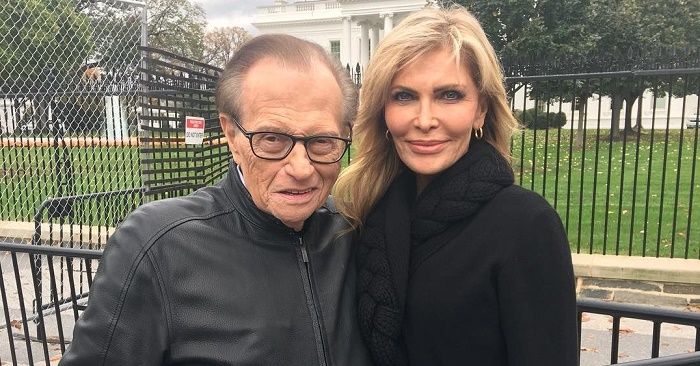 She was a co-host of ‘The Spectacular World of Guinness Records,’ with David Frost. She also hosted the show ‘Hollywood Insider’ on ‘The USA Network,’ from 1990 to 1998. She voiced the character ‘Connie’ in the 1991 movie ‘Rover Dangerfield.’

She took a hiatus after marrying Larry King and got back to the industry in 2005, as a country singer. She made her music debut with the Steve Tyrell production ‘In My Own Backyard’ for ‘Lofton Creek Records.’ She sang the title track of ‘Gotta Love the Holidays’ in 2012, supporting the ‘Larry King Cardiac Foundation.’ In 2015, she appeared as ‘Nurse Byrnes,’ along with Patrick Stewart, in the film ‘Christmas Eve,’ which was also produced by her. She also appeared in the 2018 movie ‘Starlight,’ along with Larry.

On September 5, 1997, Shawn married popular TV show host Larry King, in a Los Angeles hospital room. The marriage was held 3 days before Larry was to go through a surgery to clear a clogged blood vessel.

Shawn had previously married Daniel Southwick, on October 24, 1980. They had a son, Danny, on September 28, 1981. Danny later became an ‘Arena Football League’ player. 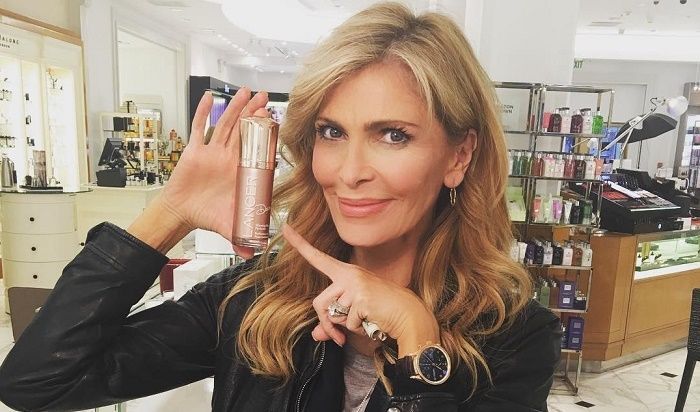 Shawn and Larry had two sons: Chance Armstrong King (born on March 9, 1999) and Cannon Edward King (born on May 22, 2000). Larry has three more children from his previous marriages.

Issues in Their Marriage and Other Controversies

Apart from their huge age gap, the fact that Shawn was a Mormon, while Larry was an agnostic atheist, meant they had to adjust a lot. 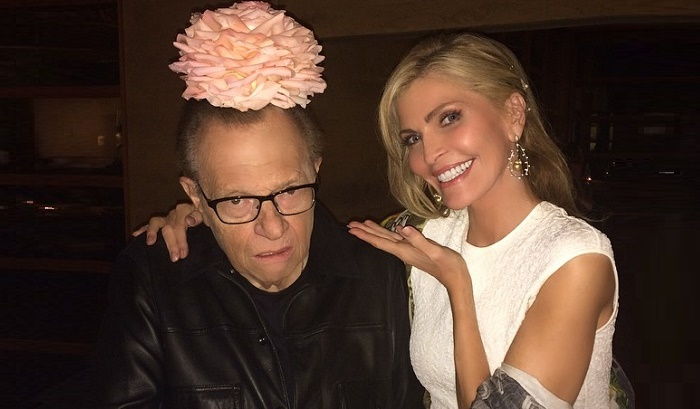 For Larry, his career “always came first,” and that affected their relationship, too. In 2008, Shawn went into rehab for painkiller addiction. Rumors also stated that she had been depressed and anorexic. However, it was later revealed that Shawn had been taking painkillers since childhood for her migraines and had thus developed an addiction.

Shawn Southwick was also rumored to be having an affair with public speaker Richard Greene. She was also linked with her son’s basketball coach, Hector Penate. In turn, Shawn once accused Larry of being romantically involved with her younger sister, Shannon. 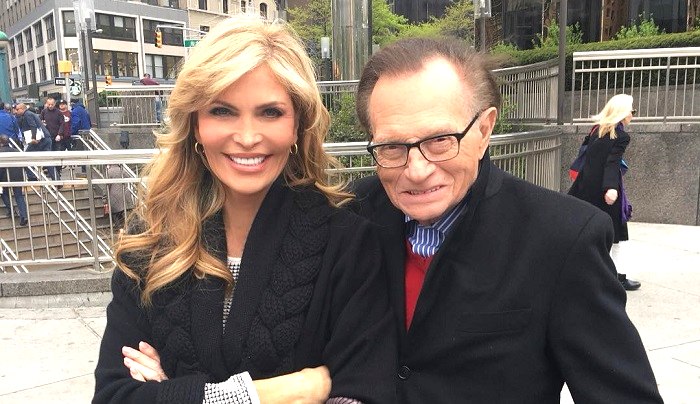 The media also accused Shawn of failing to be with Larry when he had serious health issues.

On August 20, 2019, however, Larry filed for divorce again, in the ‘Los Angeles Superior Court.’ Shawn later said she had not been expecting the second divorce filing.