Dixie D’Amelio is an American Instagram star, TikTok sensation, and aspiring model. The internet starlet gained prominence posting pictures on her self-titled Instagram handle. The young talent also became active on TikTok and with time upped her fame on the video sharing social networking site with millions of followers and likes. She, along with her TikTok star sister Charli D’Amelio, and other TikTokers such as Nikko Zingus and Luca Lombardo appeared at a Christmas themed MistleTok Meet-Up in Greenwich, Connecticut. Besides her online pursuits, Dixie, who possess an athletic body, is a prepossessing track runner and also played lacrosse in her high school events.

Dixie D’Amelio developed passion for modelling at a young age. She grabbed the spotlight through her Instagram account. The first picture she uploaded on the photo and video-sharing social networking site was in July 2015. Since then Dixie has caught everyone’s attention through her stylish and fashionable getups, lifestyle shots, pictures with friends and family, shots of her playing field hockey, and the ones taken in scenic locations. Many of her pictures were shot by the likes of D.M.G and Byrant. She has also featured on TikTok star, social media personality, competitive dancer, and her sister Charli D’Amelio’s Instagram account. 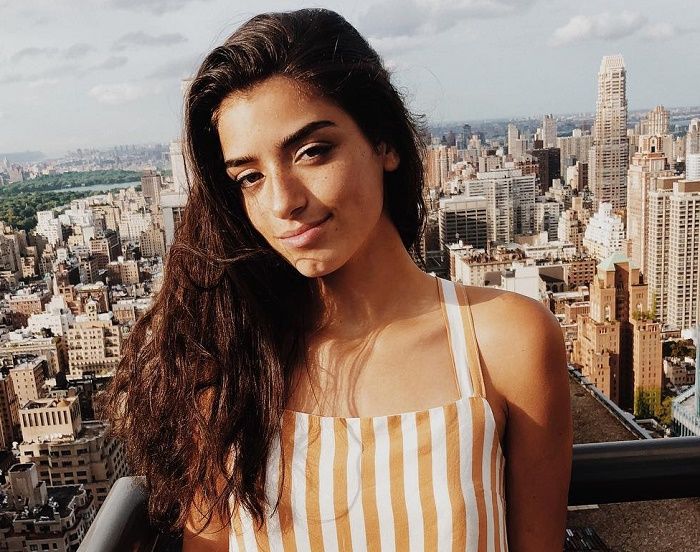 Dixie D’Amelio has also augmented her presence as a social media influencer with her TikTok handle. Her short videos have helped her amass considerable following and likes on the platform. The duo dance videos that Dixie creates with her sister have also gained appreciation from their fans. Dixie also maintains accounts on other social media platforms like Twitter, Facebook, Snapchat, and YouTube. She launched her self-titled YouTube channel on February 5, 2014, but is not that active on the platform. The only video that features on her channel as of now is the one of an Italy trip titled ‘Italy Trip 2017,’ which was posted on March 22, 2017. Dixie also has her own website ‘dixiedamelio.com’.

Her sister, Charli, emerged as a TikTok phenomenon in 2019 and her first meet-and-greet was organised in November 2019 at 48 Westport Avenue in Norwalk. The event was a grand success, following which in late November that year, it was announced that a second meet-and-greet of Charli, a Christmas-themed ‘Mistle Tok Meet-Up’, would be organised at the Arch Street Teen Center in Greenwich, Connecticut on December 14 and 15 of 2019. Dixie attended the event with Charli and other fellow TikTokers like Luca Lombardo and Nikko Zingus. It was decided that a part of the money received from the event will be donated to the Teen Center. Meanwhile, on December 3, 2019, Dixie visited the office of the Los Angeles, California based website Famous Birthdays and shot ‘Guess their Ages’ video.

Dixie D’Amelio was born on August 12, 2001, Norwalk, southwestern Connecticut, US, to Heidi and Marc D’Amelio. Her mother, who hails from Lafayette, Louisiana, is a photographer, while her father is a businessman. He founded Level 4 Collective in New York City and serves as its President. Marc is a noted Republican who was a board of education candidate in Norwalk, Connecticut. He is also active on TikTok. Dixie’s sister, Charli, is about three years younger to her.

Dixie has a well-toned athletic body. She prefers sports like field hockey, and track and field events. She is also a prepossessing track runner and has earned a letter in track (cross country) at the Norwalk High School. She also studied at the King School in Stamford Connecticut and was a King Vikings Varsity Field Hockey Team member. She played lacrosse in her high school events as well. According to sources, she participated in the 2012 Connecticut Junior Olympics. She took part in the Midget Girls race.

Dixie is presently dating her high school sweetheart Matt Garavel. He has earned popularity as a soccer player in high school. They are in a relationship for almost a year now. The two are often seen posing together on Instagram. The lovebirds took part in the high school prom and uploaded some of their pictures together online.