Paige Turley is a Scottish singer-songwriter, model and reality television star who is best known as the winner of the British dating reality show, Love Island, with her boyfriend Finley “Finn” Tapp, a recruitment consultant and Oxford City FC footballer. Previously in 2012, she had participated in Britain’s Got Talent as a singer and had reached the semifinals of the show. She has released covers of songs like “Movin’ Too Fast” and “Happy Xmas (War Is Over)”, and is working on original music. In October 2020, she appeared in an episode of the second series of Hey Tracey! She has started a YouTube channel and also appears on Finn’s YouTube videos. 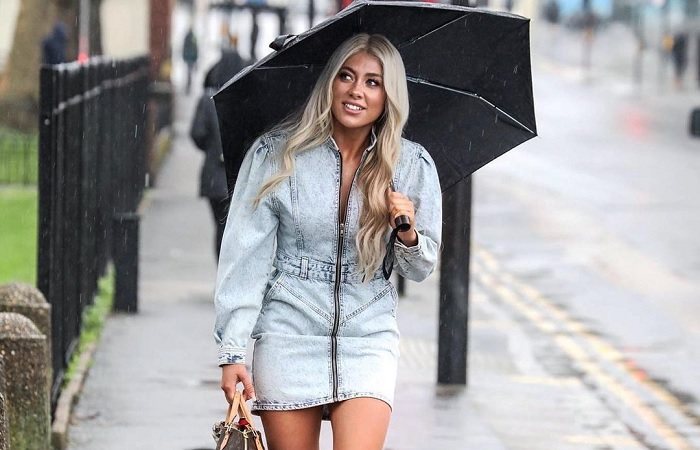 Paige Turley, a singer from West Lothian, Scotland, United Kingdom, was working in retail with ‘Forty Clothing’ in Glasgow when she was selected as a contestant on the sixth season of the revived Love Island on ITV2. She kept it a secret until the Love Island photoshoot during the Christmas, days before which she sustained bruises after slipping and falling at work. Nevertheless, the shoot went well, taking her on a long ship voyage to Cape Town, South Africa to film for the series. On Day 1, Paige Turley was coupled up with Ollie Williams, but after he left the villa days later, new islander Finley Tapp took her on a date. During the next two weeks, she was asked on dates by Luke Mabbott and Wallace Wilson, but she and Finn re-coupled afterwards and stayed together until their final date on Day 39. On Day 43, the couple was crowned winners of the show and was awarded the top prize of £50,000.

She and Tapp Moved in Together after Love Island

Soon after the first winter Love Island ended in early 2020, Paige Turley and Finley Tapp moved in together to spend time at her family home in West Lothian just as national lockdown was ordered across the UK. A few months later, the couple moved into their own apartment in Manchester. In a video interview following their win, they had revealed that they definitely wanted to get married and have kids, but adopting a dog together was the first step. Paige Turley credited the Love Island team for their match-making skills, stating that she and Finn shared a similar sense of humor. She also told The Irish News that she would wait for Finn, who is couple years younger than her but “way more broody”, to propose first. In late March 2021, Finn told the new! magazine that he would wear a kilt on their marriage to respect the culture of his in-laws. 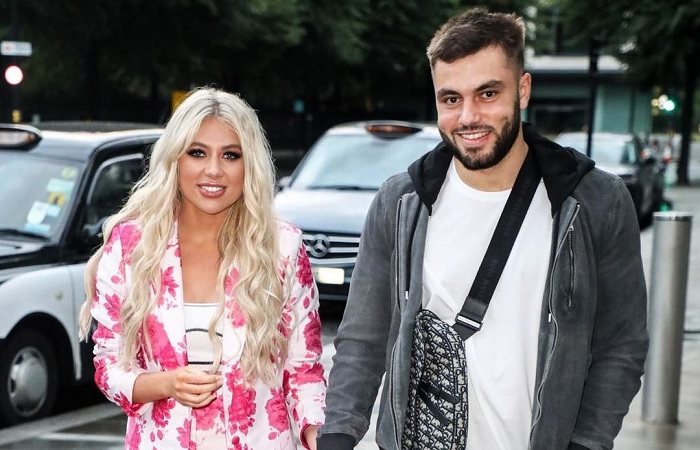 She Participated in Britain’s Got Talent

Paige Turley got her first taste of fame at the age of 14 when she participated in the sixth season of Britain’s Got Talent as a solo singer in 2012. She even reached the semifinals of the music competition before being eliminated. Paige always had a passion for singing and dreamed of a career in music. She eventually went to study commercial music at The University of West Scotland, from where she completed her bachelor’s degree. Before joining Love Island, she used to sing at pubs and clubs, and after winning the show, she signed a record deal with a label. On July 17, 2020, she released her debut single, a cover version of “Movin’ Too Fast” by Artful Dodger, alongside The House & Garage Orchestra.

In December 2020, Paige Turley became active on her YouTube channel ‘officialpaigeturley’ and uploaded an intro video to welcome her fans to her channel. She revealed that she was going to post all kinds of content, primarily related to music, including behind-the-scenes look at her musical journey and bloopers. On December 13, she uploaded a cover of “Happy Xmas (War Is Over)” by John Lennon and Yoko Ono, further revealing that the revenue generated from the video will be donated to the charity ‘Action For Children’. In early 2021, she shared a vlog providing a glimpse into a day in her life as she went to a music shoot. The channel has already gained over 19k subscribers. 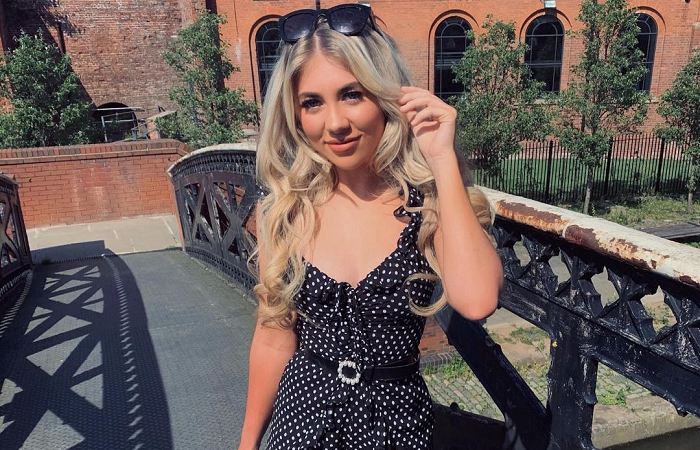 A couple years after appearing on Britain’s Got Talent, Paige Turley began dating Scottish singer-songwriter Lewis Capaldi after meeting him while studying at Motherwell College. While introducing herself to the dating reality show audience, she revealed her “claim to fame” stating, “Lewis Capaldi is my ex-boyfriend.” The two dated for just over a year during 2014 to 2016, and called it quits amicably and were still pals, according to her. However, her ex was reportedly devastated and channeled his grief to pen the song “Someone You Loved” from his album Divinely Uninspired To A Hellish Extent, which is often considered his No.1 single. Paige later dated another singer, Gary Greig, a former X Factor competitor, between 2015 and 2019, but the relationship fell apart as they stayed away for long durations due to professional reasons.

She Took up New Hobbies during Lockdown

Paige Turley had previously stated that the lockdown came as a blessing to the couple fresh out of the dating show because they were not under constant scrutiny by the media and were able to spend quality time together to strengthen their relationship. Recently in May 2021, she revealed in her Instagram story that the lockdown also made her realize that “I don’t do bugger all apart from going out and getting drunk in my spare time”. As such, she had decided to take up new hobbies like horse riding and skiing. However, she started to have second thoughts about skiing only after taking just three lessons. According to her, her skiing instructor took her to the top of the highest slope, which caused her feel like “having a bloody stroke”. Finn, who was accompanying her, told her that she was being very dramatic, but she insisted that skiing was not for her.