Famous As:- Canadian Actor Known for His Films: 'Speed', 'Point Break' and 'The Matrix' Film Series 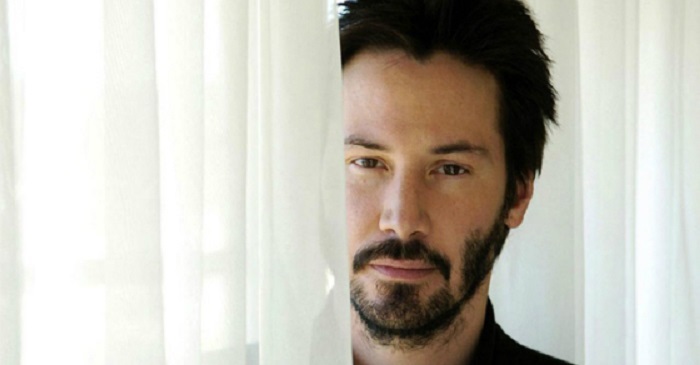 All of us strive to be someone we admire, an actor, an artist, a musician, etc. Not only do we desire to be as successful as them but sometimes we drift into emulating their character, but the ones that we completely connect with are those actors and celebrities that stay grounded despite their stardom. A perfect example that exemplifies what I speak of is Keanu Reeves. Known as Neo or ‘the one’ globally after the hit series Matrix, Reeves has often emblazoned tabloids across the globe primarily because of his humble stature despite being recognized and admired by all worldwide. What really define this man are the heartbreaks that he had to go through. Though many of us picture celebrities having the dream life or one we presume perfect, Reeve’s story is far from that notion; despite his struggles he pushed on and shaped a character people adore. It’s probably the fact that we can relate to him in our hardships that makes him loved even more.

Right from his childhood, the Matrix Star’s life has been a rough tide. His father, a heroin addict, abandoned his family when he was just three and since then he has eventually fallen out of touch with him, though he met him on two occasions, once when he was six and the other when thirteen. His mother then married three more times, all ending in divorce, and this forced Reeve’s to keep shifting schools and living with different step fathers. Suffering from dyslexia, he struggled through his education and was even expelled from one school for being rambunctious. Eventually he quit school before completing his diploma. While he was in school, he shifted his attention to sports and excelled as a goalkeeper playing Ice-hockey. His mates would refer to him as ‘the wall’, and Keanu even dreamed of playing ice hockey professionally for Canada before an injury cut short his dream.

When he was 23, his closest friend died of a drug overdose and recently in an interview Reeve’s told a magazine,” He was a remarkable human person and actor. We got along very well, and I miss him. I think of him often.”

Tragedy did not stop there for this superstar. In 1998, Reeve’s met and fell in love with Jennifer Syme. The two were madly in love, lived together and she got pregnant with his child. Eight months later, she gave birth to a stillborn child. The devastation eventually hampered their relationship and they soon broke it off. A year and a half later, Syme met in an accident when she was driving alone and died. Reeve’s was shooting for Matrix when he heard of the tragedy and called for some time to get over his loss.

Despite being in the heart of tragedy, Reeve’s did not stop his philanthropic ways. Knowing the impact cancer has on the lives of people (since his own sister battled Leukemia for a decade), Reeve’s set up a cancer institution which he did not name after himself and supported Stand Up For Cancer, SickKids Foundation and Peta. After completing the Matrix series, Reeve’s gave $80 million out of his $114 million to the special effects staff and the stunt crew and in addition bought them all Harley Davidson motorcycles. He also offered to take pay cuts in the films ‘The Replacements’ and ‘The Devil’s Advocates’ so that stars like Al Pacino and Gene Hackman could be fit into the bill to suit the budget of the film. Recently he told a magazine,” Money is the last thing I think about. I could live on what I have already made for the next few centuries.”

In 2010, a photo of Keanu looking depressed and eating a sandwich surfaced on the internet and it went viral as fans poured in support for their star. The meme was captioned, “Sad Keanu” or “Keanu is sad” and a Facebook page was set up by his fans called “Cheer up Keanu.” June 15th is now officially known as “Cheer up Keanu” day. Commenting on one of the memes, a redditor wrote:

“A family friend builds movie sets, doesn’t design, and is one of the poor dudes that just builds. Anyways, he worked on the set for the Matrix and Keanu heard about family trouble he was having and gave him a $20,000 Christmas bonus to help him out. He also was one of the only people on the set that genuinely wanted to know people’s names, would say hello and mean it, and would talk to people as if they were his peers and not below him just because they were practically making nothing to build a set. I’ve never heard anyone say Keanu is a douche, seems like the nicest person in Hollywood from a second hand experience.”

Though, he is now worth a whopping $350 million, Reeve’s still remains the kindest and nicest guy in and from Hollywood. He still rides the metro as you’ll see in the video below and is constantly obliging to screaming fans.