Famous As:- Ex-wife of Jordon Belfort

Denise Lombardo is better known as the ex-wife of stockbroker-turned-author/motivational speaker Jordan Belfort. Jordan and Denise had met when she was in high school and he was a door-to-door meat salesman. They got married in 1985 but went through financial issues, with Jordan even declaring himself bankrupt. However, after venturing into the stock-market business, Jordan gained massive wealth in just a year. His live revolved around lavish parties and women, which affected his marriage with Denise. Denise and Jordan eventually divorced over his affair with model Nadine Caridi. Denise had had a successful career in retail sales and real-estate sales and is now happily married with her second husband, Mlady.

Denise Lombardo was born on November 11, 1963, in Ohio, United States, to Anthony Fiorito and Ann Lombardo. She grew up with her three siblings: her sisters, Deanna and Lisa Scordato, and her younger brother, Paul Lombardo. They grew up in New York.

After graduating from a school in New York, Denise joined ‘Adelphi University’ in 1980. In 1984, she graduated with a degree in English literature. She then joined ‘Towson University’ in 1987, from where she obtained a BS degree in business administration and graduated in 1992. According to some claims, she also has a master’s degree in ‘Educational Leadership and Administration General’ from the ‘Australian Catholic University.’ Some sources mention that she had also attended the ‘Fashion Institute of Technology,’ where she had joined the course on merchandising and buying operations.

Denise is fluent in Italian (her mother tongue) and German.

After her graduation in 1992, Denise Lombardo joined the sales department of ‘Modern Medical Systems Company’ and worked there for 7 years, from 1993 to 2000.

In 2000, she joined the retail company ‘The Home Depot,’ as a flooring specialist. She worked there for 10 years. Simultaneously, she also worked for the manufacturing company ‘Smith & Nephew’ from 2006 to 2008.

Some reports also suggest that Denise has worked in sales at ‘Genny Byblos,’ ‘Blu Marine by Anna Molinari Milan,’ ‘Stefano Bravo,’ ‘Laurevan Shoe,’ and is now associated with ‘Southeast Sales.’

Denise Lombardo had apparently met Jordan Belfort during her high-school days. They got married in 1985. Back then, Denise was studying merchandising and Jordan was in a meat business. They were in a financial mess and almost went bankrupt. 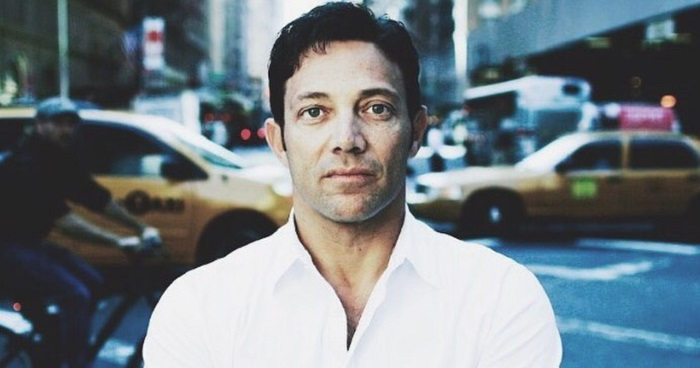 However, Jordan soon started his career in the stock market and earned $3 million within a year. His high-flying career saw him attend high-end parties. He is said to have met Nadine Caridi, a British-born model, in one such party. They had an affair, and by then, his marriage to Denise had turned sour. His infidelity caused their divorce in 1991. They did not have any children.

In 1995, Jordan pleaded guilty to charges of fraud and stock-market manipulation, which led to a downward spiral in his career. He also spent 22 months in prison.

He got married to Nadine in 1991 and had two children with her, but this marriage, too, ended in a divorce, in 2005, following Nadine’s allegations of domestic violence and infidelity against Jordan. He is now engaged to businesswoman Anne Koppe, while some reports claim they are married.

Where is Denise Lombardo Now?

Following her divorce, Denise Lombardo married her boyfriend Mlady in 1994. It is believed, Denise and Mlady knew each other before she got into a relationship with John.

They are currently believed to be staying in New York City. Some reports, however, suggest that Denise is reportedly in Naples, Florida, now. Her sister Deanna died in 2013.

The 2013 Hollywood blockbuster ‘The Wolf of the Wall Street,’ directed by Martin Scorsese, was based on Jordan’s 2007 autobiography of the same name. The movie had Cristin Milioti portraying the role of Denise, Leonardo DiCaprio as Belfort, and Margot Robbie as Nadine Caridi.

Denise Lombardo is listed as a logo designer for Septycal George’s album ‘Growing Seeds of Decay,’ though it could not be verified if it is the same person.