Famous As:- Will Smith's Son

Willard Carroll “Trey” Smith III is an American actor, disc-jockey, and Instagram star, famous as the eldest son of Hollywood actor Will Smith and his first wife, Sheree Zampino. Trey strived to handle his parents’ divorce and had strained relation with Will, which lasted for years before the two re-bonded. He presently maintains a cordial relation with his stepmother, Jada Pinkett Smith, and half-siblings, Jaden and Willow. Trey adopted stage-name ‘AcE’ as disc jockey and performs mainly in the Los Angeles area. His on-screen appearances includes in music video of ‘Just the Two of Us’ and in TV shows like ‘All of Us’ and ‘The Oprah Winfrey Show’. 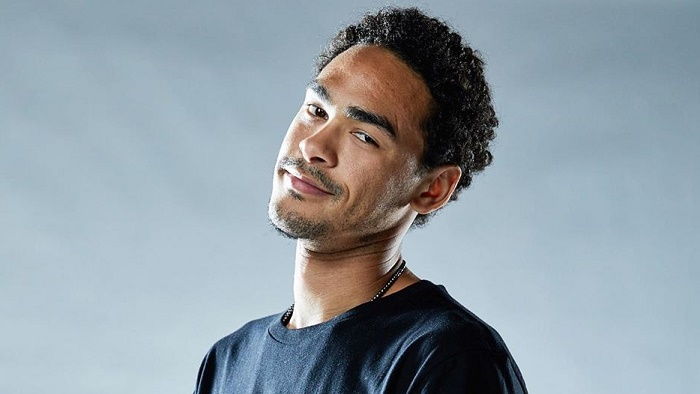 Trey Smith was born Willard Carroll Smith III on November 11, 1992, in Los Angeles, California, US, to Will Smith and Sheree Zampino. His mother is a reality star and a social media sensation. His parents started dating either in the late 1980s or in the early 1990s and married on May 9, 1992. Their marriage, however, remained short-lived and culminated into divorce on December 10, 1995. Years later in 2016, when American actor, cabaret performer, LGBT rights activist and underground cartoonist Alexis Arquette alleged that Sheree parted ways from Will after she caught Will in bed with music producer Benny Medina, Sheree uploaded a video on her Facebook page. In the video she mentioned Will to be always straight and clarified that one of the main reasons of their split was the disparity of their success levels. She also expressed her annoyance on the whole matter raised by Alexis as she had to talk to her son on the subject. 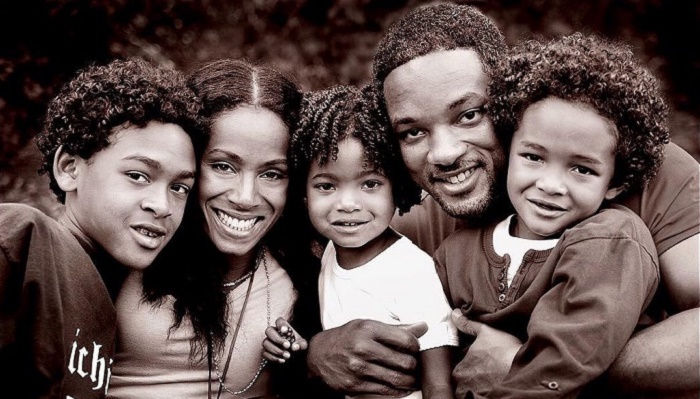 Although born to one of the most famous stars of Hollywood, Trey Smith had a normal upbringing, away from the paparazzi and media attention. Will and Sheree’s divorce had an impact on Trey, who felt that Will had betrayed him and abandoned him following the divorce. His relationship with Will saw a sea change and it took the father and the son years to mend their strenuous relation. Will admitted the fact that their relationship suffered for years before they could “recover and restore a loving relationship” with each other. Will makes it a point to go on holidays with Trey as he also does separately with two of his other kids. The superstar believes that in this way he can give personal time to each of his three children separately. The father-son duo often posts pictures of their travels and hangouts on their respective social media accounts. 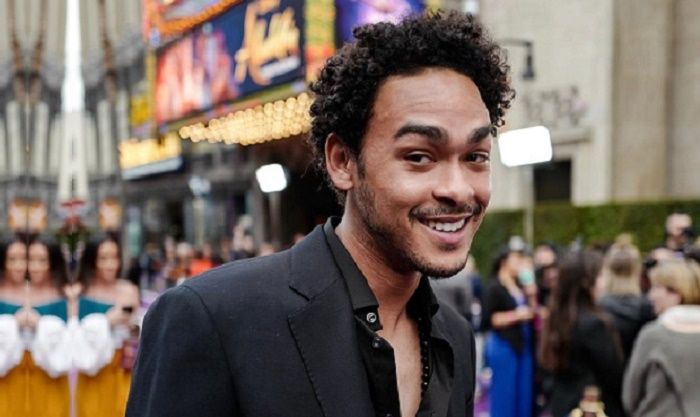 Trey Smith attended Oaks Christian High School, in Westlake Village, California, and graduated in 2011. He played as a wide receiver in the football program of the school. Meanwhile, in 2010, he was offered a football scholarship to Division I-AA Northern Arizona University in Flagstaff, Arizona. He, however, left football after he recognised that he is more inclined towards music and eventually resolved to take up ‘disc jockey’ as a career.

On December 31, 1997, Jada Koren Pinkett became Trey’s stepmother when she married Will. Will and Jada met in 1994 and began dating in 1995. Trey has two half-siblings through the couple – Jaden Christopher Syre Smith, born in 1998, and Willow Camille Reign Smith, born in 2000. Both of them have already made their mark in the showbiz. While Jaden is a rapper, singer, songwriter, and actor; Willow is into singing, song-writing, record producing, and acting. 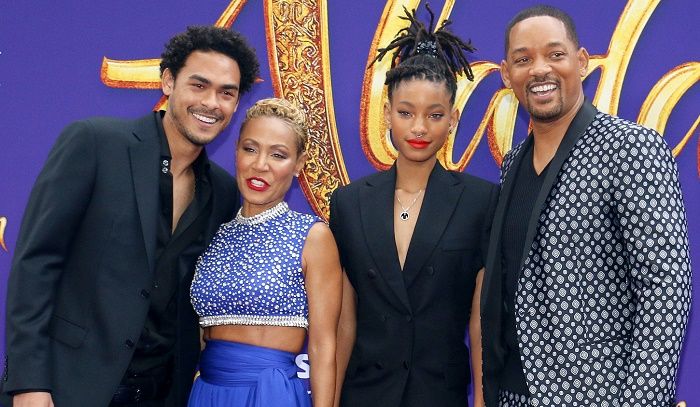 Trey Smith maintains a good relation with Will and his new family. He often accompanies his father, step-mother, and their children at different events and is nowadays seen in several photographs with them. The Beverly Hills-based company ‘Treyball Development Inc.’ owned by his father and uncle Harry is named after him.

His mother went on to marry former professional American football running back Terrell Fletcher on May 26, 2007. Trey has a step-sister,Jodie, through the couple. Second marriage of his mother also culminated into divorce later.

Trey endeavoured into showbiz as an actor. The music video of Will’s song ‘Just the Two of Us’ marked Trey’s first acting pursuit. The video featured Trey playing with Will. It also featured Jada, Will’s father, younger brother, and two sisters, apart from other celebrity fathers like Muhammad Ali, Babyface, Keenen Wayans, Montell Jordan, James Lassiter, Magic Johnson, and Brian McKnight. He played Cris-Cross in two episodes of the American sitcom television series ‘All of Us.’ The series, created by Will, Jada, and Betsy Borns, was loosely based on Will and Jada’s blended family. As per reports of ‘New York Daily News,’ Trey was involved with ‘Access Hollywood’ for some time. He moonlighted as a reporter there. He featured as himself – special correspondent in the March 27, 2005 aired episode of the long-running entertainment focused television show. 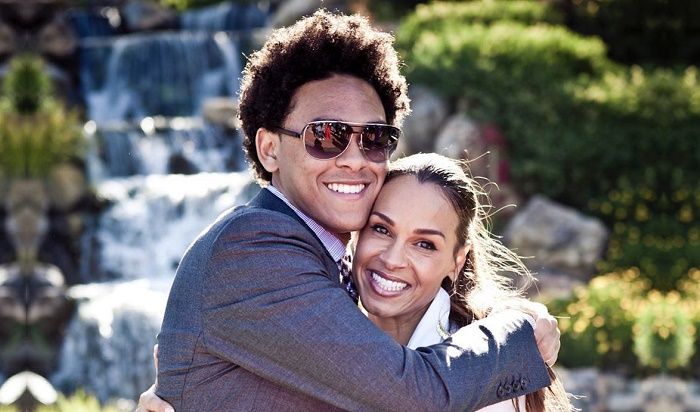 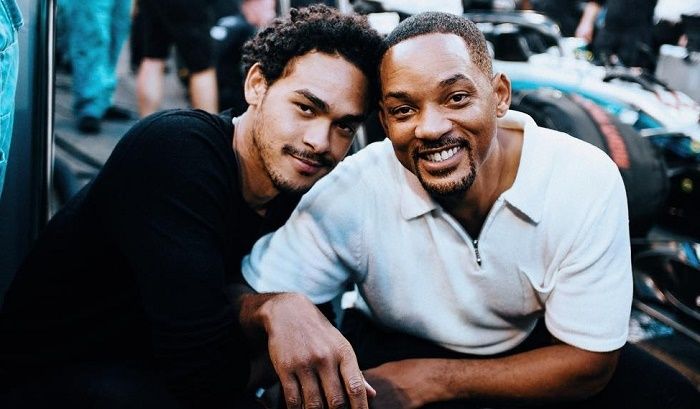 Trey Smith adopted the professional name ‘AcE’ as a disc jockey and debuted in the field in December 2012 at ‘Club Liv’ in Miami, while his family attended and supported his performance. The Vanity Fair pre-Oscar party held in February the following year saw him performing as disc jockey. He is mainly active in the Los Angeles area but has also made people dance to his tunes at different venues across the globe. He has also released many EPs. These include ‘Collection’ (2010), ‘Cocoa’ (2012), and ‘Orwell’ (2012). He released the music video ‘Find You Somewhere’ in 2016. It was directed by Jada and featured Jaden and Willow.

Trey also is active on social media. His Instagram account, ‘treysmith0011,’ has gained him hundreds of thousands of followers. 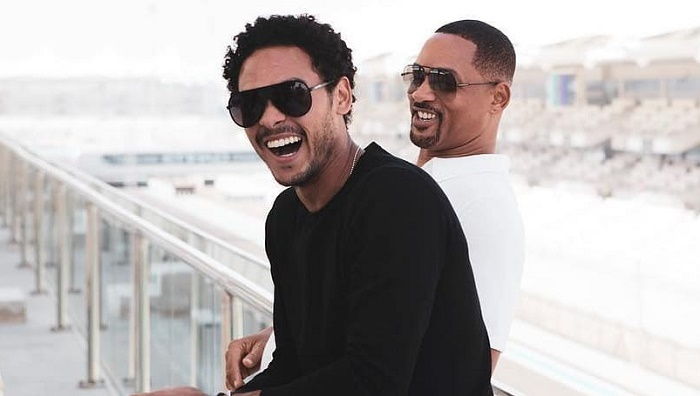 Although not much is known about his romantic association and dating status, a March 9, 2018, post featuring his two mothers and Rachel featured the caption ‘three queens of my life,’ which probably hinted that Trey is dating Rachel. Trey has, however, not divulged anything on the matter.