Alexis Ryan, better known by her online pseudonym “Skylander Girl,” is an integral part of the tremendously successful ‘YouTube’ family known as the “Skylander Family.” She, along with her parents and her three younger brothers, has been part of the numerous channels under their ‘YouTube’ family channel brand, such as ‘TheSkylanderBoy AndGirl,’ ‘FUNnel Vision,’ and ‘FGTeeV.’ Alexis was first featured in a video by her parents within just a few months of her birth. The oldest child of her parents, Alexis is still part of the family brand. However, she is also trying to create a niche for herself by posting lip-syncs and dance clips on her personal ‘TikTok’ channel. She also has her own clothing brand. Alexis definitely promises to be a full-fledged social-media entertainer in the years to come. 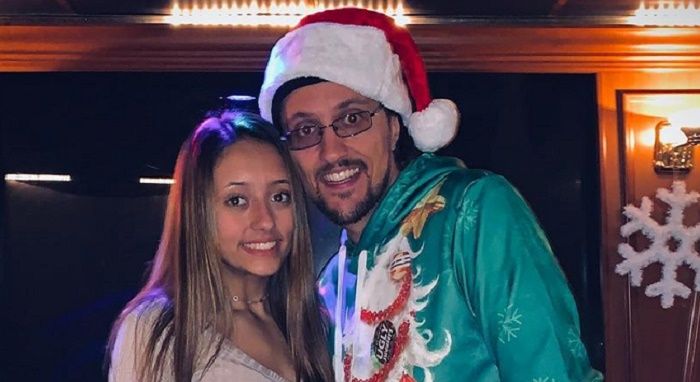 Alexis Ryan Pampina was born on July 24, 2006, in the United States. She is better known by her online pseudonym, “Skylander Girl,” and also as “Lexi” and “Lex.” She is the oldest of the four children in the family.

From Alexis to “Skylander Girl”

Alexis Ryan has made a name for herself in the online content world, as “Skylander Girl.” She has been part of the ‘YouTube’ channels of her family, namely, ‘TheSkylanderBoy AndGirl,’ ‘FUNnel Vision,’ ‘FV FAMILY,’ ‘FGTeeV,’ and ‘DohMuchFun.’ In fact, their family channels are a popular brand now and are also associated with other channels, such as their ‘Lego’ channel, ‘Brick & Betty’; a channel by their aunts, ‘Funkee Bunch’; and ‘FUNnel Boy & Friends.’ The family also works with channels such as ‘Kidd In Me TV,’ ‘Twiplet World,’ and ‘DingleHopperz.’

Alexis also has her own clothing brand named ‘Lexoxo.’

Alexis Ryan is part of a huge family, better known as the “Skylander Family” online. Her online family is an extended family, including her parents, brothers, grandparents, cousins, and aunts.

Her father, Vincent Carter (or Vincent Joseph Pampina), is better known by his online pseudonyms, “Skylander Dad” and “FGTeeV Duddy,” while her mother, Samantha Aquino, is known as “Skylander Mom” and “FGTeeV Mom.”

Her grandfather, Tom, is also known as “Funkee Bunch Tom” and has his own channel, “Funkee Bunch,” along with his wife, Jodi, and his daughters, Heidi and Elyssa (Alexis’s aunts). “YouTuber” Ethan McKinnon, also known as “Minecraft Ethan,” is Alexis’s cousin. 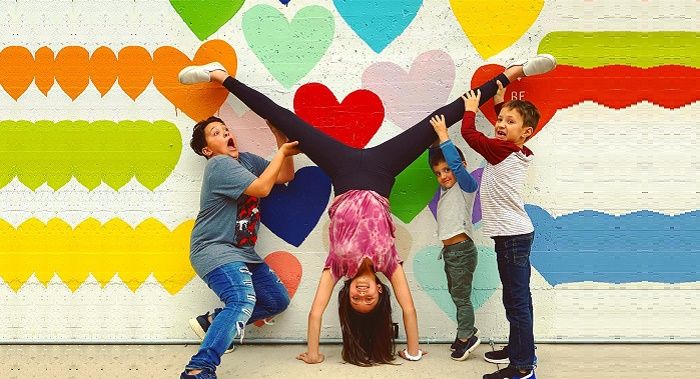 The family channel ‘FUNnel Vision’ was launched by Alexis’s parents on December 4, 2006, a few months after she was born. The channel has gained over a million views and more than 6.6 million subscribers. She was introduced in the video ‘Baby Eating Salt and Vinegar Chips! First Time Trying & Eating Reaction,’ uploaded on August 25, 2007. Alexis has since then appeared in almost all her family’s videos. Their channels mostly focus on gaming, challenges, contests, reviews, travel, toys, and music. The family has also released some rap videos and songs through ‘iTunes.’

Launched on November 27, 2012, ‘TheSkylanderBoy AndGirl’ has already gained more than 2 billion views and over 2.46 million subscribers. ‘FGTeev’ was launched on May 23, 2013, and has gained over 13 billion views and over 12.8 million subscribers. While ‘FGTeev’ is a gaming channel that posts reviews and game-related content on games such as ‘Minecraft,’ ‘Disney Infinity,’ ‘Angry Birds,’ and ‘Mario Kart,’ the channel ‘TheSkylanderBoy AndGirl’ posts content related to skits, contests, unboxing, and music.

On June 6, 2010, Alexis was officially introduced as “Lexi” in a video named ‘Raise Your Glass Music Video.’ The video also had her father, brother, and her aunts, Elyssa and Heidi.

On February 25, 2015, Alexis Ryan appeared in the video ‘Skylander Girl and the Candy Land Monster,’ featured on the ‘Draw My Dream’ segment of the ‘YouTube’ channel ‘DreamWorksTV.’ The video shows her talking about a dream she had, in which she and her mother chased her brother on the streets of ‘Candy Land’ until he became a monster.

Her father is very fond of computer games, especially the toys-to-life action 3D video game ‘Skylanders.’ Thus, when he launched his first ‘YouTube’ account, he dedicated it to the game. The channel later became a family vlog. Thus, Alexis’s pseudonym, “Skylander Girl,” was also inspired by her father’s obsession with the game. Alexis now focuses on not just gaming but also on social issues, fashion, and beauty.

The family now also sells their own branded merchandise, such as caps, bottles, T-shirts, and mugs. 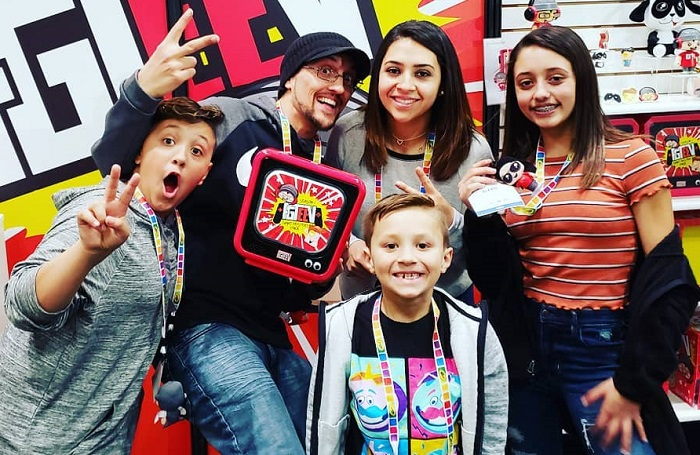 In October 2019, Alexis Ryan got her braces out during Chase’s birthday and now wears retainers.

She is known for her full lips and thin eyebrows.