Former Australian kickboxer-turned-fitness-trainer Aesha Dhawan is better known as Indian professional cricketer Shikhar Dhawan’s wife. While Aesha was born Ayesha Mukherjee, into the middle-class family of an Indian father and a British mother, she moved to Australia with her parents as a child. Aesha became a national-level kickboxer in Australia. Following a tumultuous marriage to an Australian businessman and the birth of her two daughters, Aesha got divorced. She then tied the knot for the second time, with Shikhar, whom she had met on ‘Facebook.’ The couple now have a son, Zoravar. Aesha hops between her two homes, in Delhi and Melbourne. She is also a successful blogger and is immensely popular on social media. Together, Aesha, Shikhar, and their three children are a happy family many would envy. 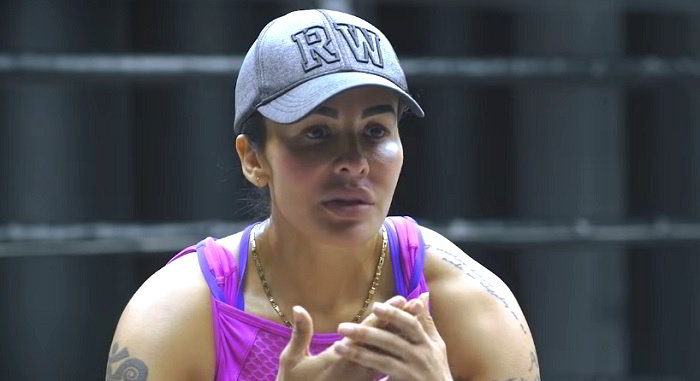 Early Life & Family: She Is More Than Just a Celebrity Wife

Aesha Dhawan was born Ayesha Mukherjee, on August 27, 1975, in Kolkata, India, to a Bengali Hindu father and a Christian British mother. Her father worked in a factory, while her mother was a nursing associate.

Aesha was 8 when she moved to Australia with her parents. She once stated in an interview that she had been physically abused in her childhood.

However, in order to deal with the trauma, she took to sports. She began playing cricket, football, and other sports. In school, she started learning kickboxing. She eventually participated in many national-level competitions in Australia.

Just a small clip from my video on Woman’s Day!!! Whole video will be uploaded onto my YouTube channel (link in my bio) soon, please do check it out. I have also done a question answer session where I have responded to some of the questions you guys had asked me! 🙏🏼 #happywomensday ❤️❤️❤️

In around 1998 or 1999, Aesha got married to an Australian businessman. In 2000, she had her first child, daughter Aliyah. Aliyah was born in Narre Warren, a suburb of Melbourne, Australia.

In 2005, she had her second daughter, Rhea. However, Aesha and her businessman husband got divorced in 2012, after over 12 years of marriage.

Not much is known about the reason behind her divorce. Some rumors suggest that Shikhar Dhawan’s presence in her life had caused the divorce, but it is believed that her first marriage had turned sour much before that. Following the divorce, Aliyah and Rhea stayed with their father. However, they both stay with Aesha now and are in touch with their father. 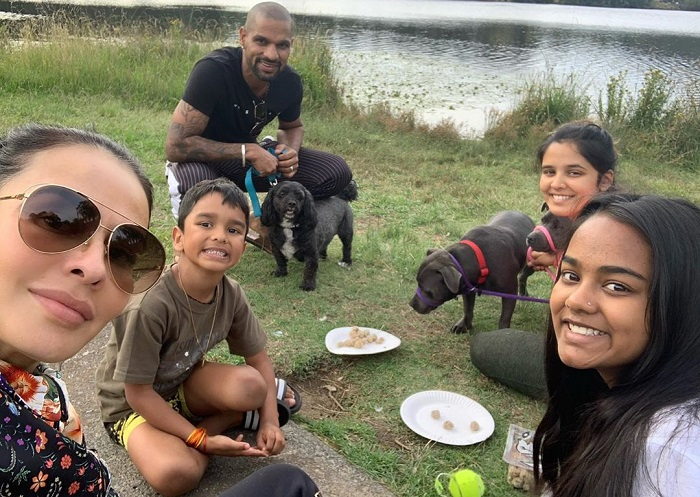 Indian cricketer Shikhar Dhawan had just started playing at the international level in 2008 when, while scrolling through his ‘Facebook’ feed, he came across Aesha’s profile as a “friend suggestion.”

He was mesmerized by Aesha’s looks and profile. After coming to know that fellow cricketer Harbhajan Singh was the common link they shared on ‘Facebook,’ he spoke to Harbhajan and then sent Aesha a friend request.

Ayesha accepted the friend request soon, and Shikhar then sent her a “hi.” Following this, the two began chatting. Over time, they became close friends. 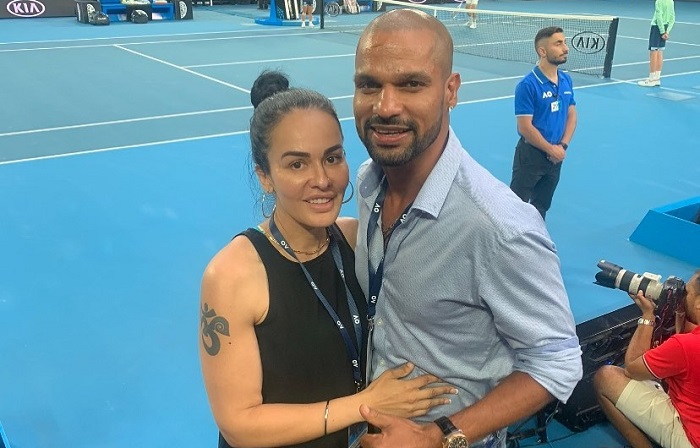 Harbhajan had informed Shikhar about Aesha’s marital status, but Shikhar did not let that come between him and Aesha. Similarly, the fact that Aesha was 10 years older to Shikhar, who was born in 1985, did not matter to him or to Aesha.

Their mutual love for sports brought them closer. Though Shikhar and Aesha got engaged in 2009, they decided to postpone their marriage for things to settle down in Aesha’s life and for Shikhar to gain a strong foothold in his career. 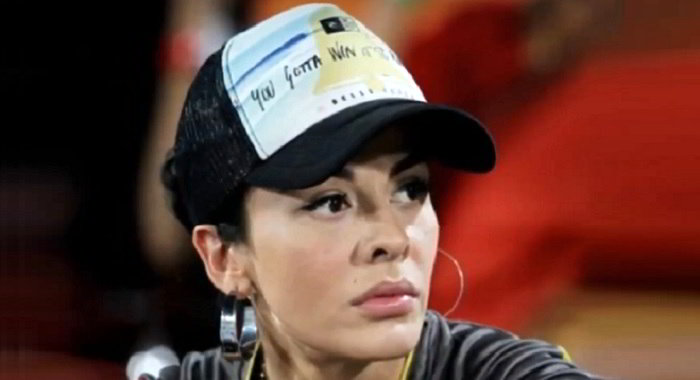 It is believed that Shikhar’s parents were initially against the marriage. His father, Mahendra Pal Dhawan, was upset about their age gap. However, the couple fought against all obstacles and convinced their respective parents of their marriage. In fact, Shikhar’s mother, Sunaina Dhawan, later supported their marriage wholeheartedly.

Aesha and Shikhar eventually got married on October 30, 2012, in Vasant Kunj, Delhi. Their wedding was a star-studded affair, attended by sports stalwarts such as Virat Kohli. 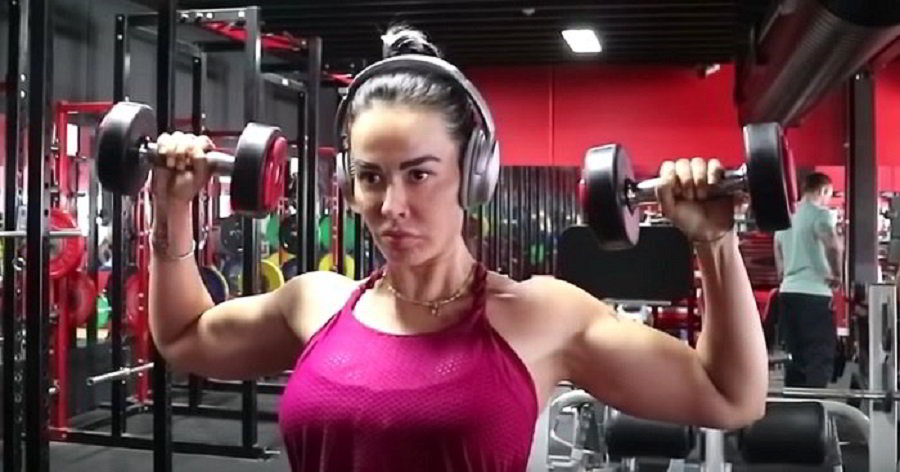 Life After Marriage to Shikhar

Following their marriage, Aesha has been a strong force in Shikhar’s life. She changed her name from “Ayesha Mukherjee” to “Aesha Dhawan” after her marriage to Shikhar. As a physical trainer, she has helped Shikhar maintain his physique. In fact, soon after their marriage, Shikhar went on to bag his first Test match in March 2013. He had a smashing debut and scored 187 off 174 balls in the match. He then made it to the Indian squad for the ‘Champions Trophy’ and scored two centuries in the team’s first two matches.

Aesha and Shikhar’s son, Zoravar, was born in early 2014, at a time when Shikhar was on the field, batting for India. Aesha now divides her time between Delhi and Melbourne. She mostly stays with Aliyah, Rhea, and Zoravar in Melbourne, and visits Shikhar in Delhi from time to time. She has citizenships of both India and Australia. 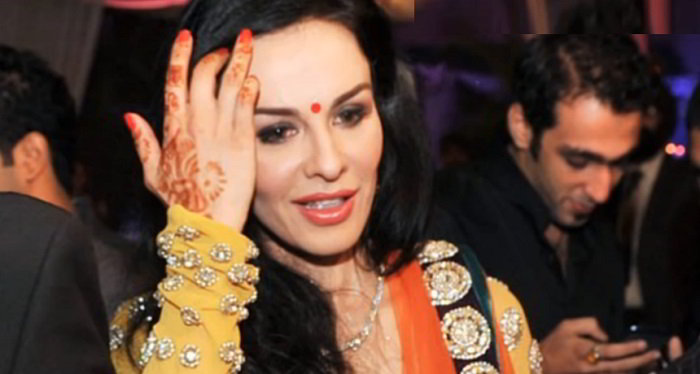 Aesha As a Person

She often monitors Shikhar’s performance on the field and reprimands him every time he returns with a low score.

Ayesha is a regular at the gym. Her love for tattoos is also known to all. She made her daughter get tattooed along with her. Ayesha has tattooed her daughters’ names, “Rhea” & “Aliyah,” on her left biceps, and has also inked the “Om” symbol on her right biceps. She also loves styling. 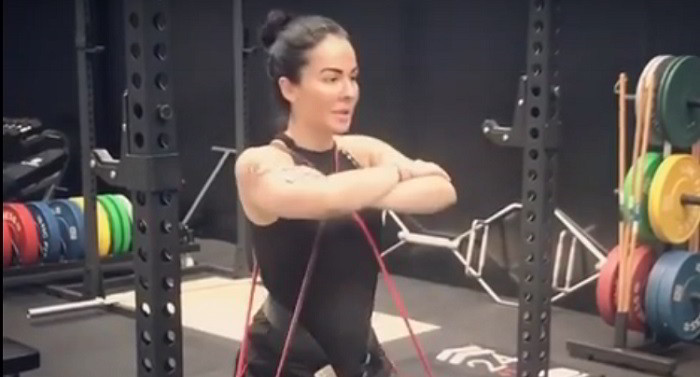 She blogs during her leisure time and is quite popular on ‘Instagram.’ Her account on the platform, “aesha.dhawan5,” has 743 thousand followers. Her posts cover inspirational quotes and pictures of her family. She also has a self-titled ‘YouTube’ channel, which she launched on September 17, 2018. The channel has gained more than 91 thousand views and over 6 thousand subscribers. It is basically a vlog channel that contains parenting tips, Q&A sessions, and gym tips.

Aesha loves the colors blue, orange, and pink. She is quite fond of traveling, and her favorite holiday destination is London. Her favorite Indian movie stars are Shahrukh Khan and Madhuri Dixit Nene. Her favorite cricketers are Virat Kohli and her own husband, Shikhar.