Although she is not the highly sought-after young actress that she was once was, Lindsay Lohan has never let the spotlight slide away from her. It has been over a decade since the unravelling of her acting career, but she has maintained a perpetual presence on the media radar because of her multiple publicly disastrous relationships and numerous attempts to reintroduce herself into the public fray. As a result, when she recently posted a picture with whom she proclaimed to be her boyfriend, it set the tabloids and gossip columns buzzing. Lohan only revealed the first name of the man, Bader, but the fans have since deduced that he is a UAE-resident named Bader Shammas, who currently works as an assistant vice president at Credit Suisse. 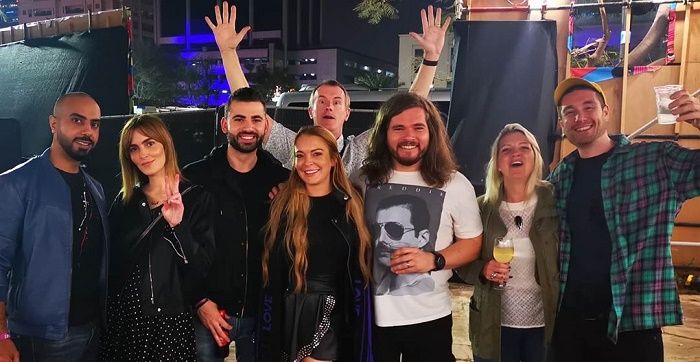 The speculations about a relationship between Shammas and Lohan began when she shared an Instagram post in which she wrote about having a “boyfriend”. On February 6, 2020, she posted a group photo that included Lohan herself, her sister Ali Lohan, Bastille’s singer Dan Smith, and drummer Chris ‘Woody’ Wood, taken at a music festival in Dubai. She originally captioned the photo with “lovely night with sister and my boyfriend bader. such a magical night.” but later changed it to a grinning face emoji.

Although she deleted the original caption not long after posting, it had been seen by many of her fans. They started asking her for further information in the comments, but she has not provided any as yet.

There is not much detail available on the new man in Lohan’s life, except that his name is Bader. However, her fans have concluded that she was referring to the man standing to her left, wearing a black jacket and a pair of jeans. This is very possible, as, in the photo, the two can be seen standing extremely close to each other.

Among the few hundred accounts that Lohan is currently following on Instagram, only one account is run by a person named Bader. The person in question is Bader Shammas. Unfortunately, his profile picture on the platform does not show his face, and his @bader.shammas account is presently set to private. Due to this, it cannot be confirmed yet that he is indeed that man standing to Lohan’s left in the group photo. Certain circumstantial evidence, however, does indicate that they are the same person.

One such evidence is that both Bader Shammas and Linday Lohan live in Dubai at the moment. According to his LinkedIn page, Shammas has been in that city since 2017. Lohan has been residing there for a while as well. 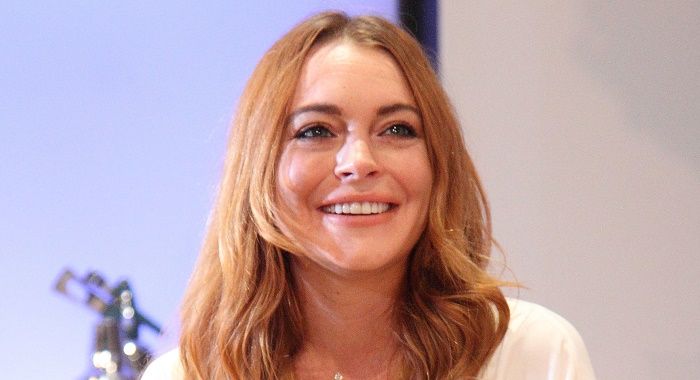 Whatever is happening with Lohan these days, she is clearly seeking a fresh start. She has deleted most of her Instagram posts and is trying to uphold a level of privacy in her personal life.

Bader Shammas has spent a significant part of his early life in the United States of America. He studied mechanical engineering at the University of South Florida from 2007 to 2010. He then joined University of Tampa – John H. Sykes College of Business for a Bachelor of Science degree in finance (general), which he obtained in 2012.

After graduating, Shammas was hired as an analyst at BNP Paribas Corporate and Institutional Banking in April 2013 and was posted in Manama, Bahrain. In October, he was made an associate and was transferred to Kuwait City, Kuwait.

He relocated to Dubai, United Arab Emirates in February 2017 after he was appointed associate at BNP Paribas Wealth Management. He left that job in August 2018 to accept the position of the assistant vice president at Credit Suisse.

While Bader Shammas has set up accounts on various social media platforms, he is not that active on almost all of them. As mentioned above, he has set his Instagram page to private. On his @Mass17 Twitter account, which he created in February 2011, he has not posted any updates for years.