Famous As:- Beyoncé and Jay-Z’s Daughter

Blue Ivy Carter is the first-born child of American music stars Beyoncé and Jay-Z. She has been at the center of media attention ever since her birth. Mostly seen accompanying her parents to various events, Blue has also won an ‘NAACP Image Award’ for her contribution to ‘Brown Skin Girl’ from the soundtrack of the 2019 remake of ‘The Lion King.’ She is part of a happy bunch, with her twin siblings, Rumi and Sir, and shows a lot of promise as a future star. 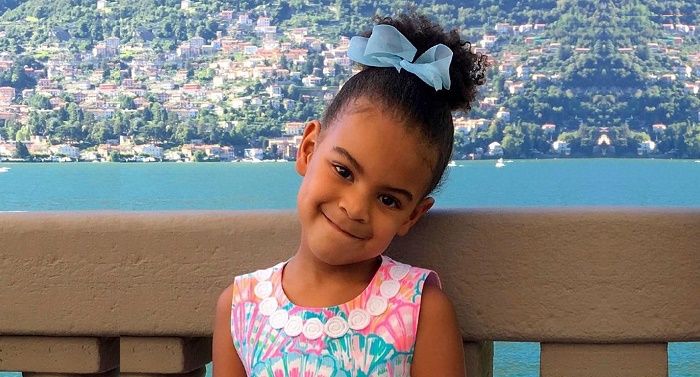 Following her birth, Blue’s parents intended to trademark her name to start a line of merchandise. There have been various rumors surrounding Blue’s name. It is believed blue is Jay-Z’s favorite color. In one of his songs, ‘Go Crazy,’ he has even rapped “My favorite hue is Jay-Z blue.” The names of a few of his albums, such as ‘Blueprint,’ ‘Blueprint 2’ and ‘The Blueprint 3,’ also bear the word blue. It is also believed that “Ivy” comes from the roman numeral “IV” (four), as Beyoncé’s birthday is on September 4 and Jay-Z’s is on December 4. They were married on April 4, 2008, and one of Beyoncé’s albums is also titled ‘4.’

However, Beyoncé later revealed the real inspiration behind her daughter’s name when she quoted an extract from Rebecca SoInit’s 2005 novel ‘A Field Guide to Getting Lost’ on her ‘Tumblr’ account. The quote had the word “blue” multiple times in it.

Blue’s anticipated birth was announced at the ‘MTV Video Music Awards’ in 2011. Two days after Blue’s birth, Jay-Z dedicated his song ‘Glory’ to her. 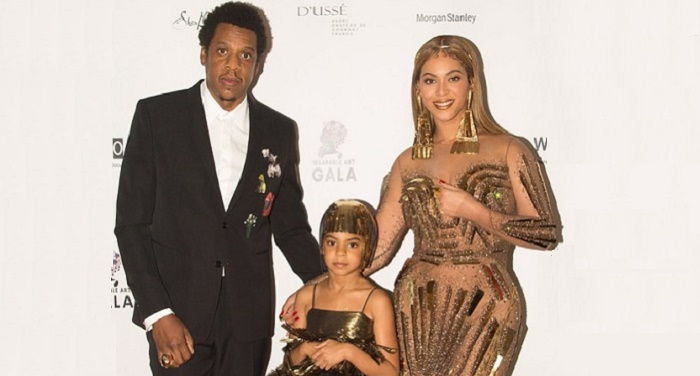 Blue Ivy Carter has been in the news ever since her birth. On February 21, 2020, Blue earned the ‘NAACP Image Award’ for ‘Outstanding Duo, Group or Collaboration.’ She won the honor for the track ‘Brown Skin Girl,’ from the 2019 soundtrack album of the remake of ‘The Lion King,’ titled ‘the Lion King: The Gift.’

Blue had worked with her mother and artists SAINt JHN and WizKiD for the track. The movie had Beyoncé as the voice of ‘Nala.’ This was Blue’s first major award. The song also made it to the ‘Billboard Hot 100,’ debuting at No. 76 in July 2019.

Blue was also featured in the video clip of Beyoncé’s song ‘Spirit,’ sporting a pastel-colored dress. She has also appeared in her mother’s video for ‘Formation.’ 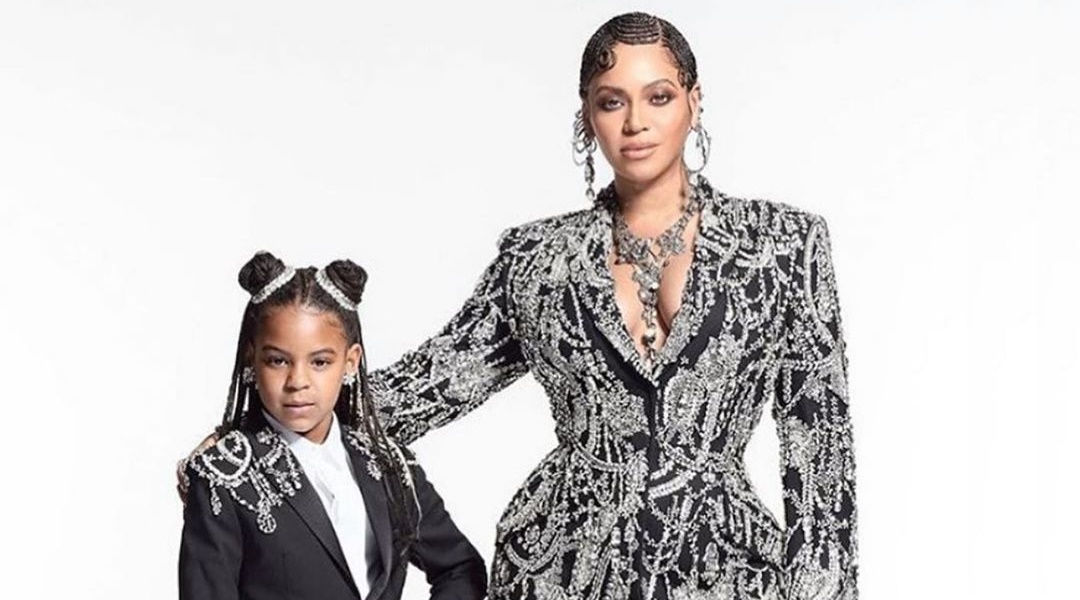 Blue Ivy Carter has a fan-created page on ‘Instagram’ dedicated to her, which has around 177 thousand followers. Her fan-created ‘YouTube’ channel, “Blueivy.Carter Beyhive,” has more than 1.9 thousand subscribers and over 484 thousand views.

In January 2020, a rare photo of Blue was posted on her grandfather’s ‘Instagram’ account, on her eighth birthday. The picture showed her sporting an orange top, a cherry-printed skirt, and colorful backpack.

Blue Ivy Carter has not always had it easy. She was once at the receiving end of vile comments. In early 2020, rapper Megan Thee Stallion posted two photos featuring herself, Beyoncé, and Blue celebrating the new year.

In response, ‘Vanity Fair’ film critic K. Austin Collins “tweeted”: “I have a feeling the jay z face genes are about to really hit Blue Ivy and I feel so sorry for her.” 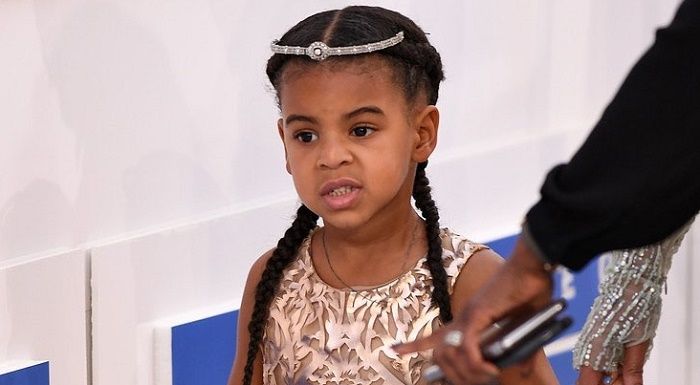 To this, ‘Harper’s’ web editor Violet Lucca replied, “They haven’t already?,” adding, “Or she’ll just get plastic surgery at 16 a la Kylie Jenner…”

Blue as a Person: Already a Child Celebrity

Blue is often spotted accompanying her parents to events. She was clicked with them at the ‘Hard Rock Stadium’ in Miami, where they went to watch the ‘NFL’ game between the ‘Kansas City Chiefs’ and the ‘San Francisco 49ers.’

She also has her own stylist, Manuel Mandez, who is a renowned celebrity stylist.

Blue was visibly embarrassed at her parents’ raunchy moves during their ‘On The Run II’ tour in London. In a fan video featuring the performance, Blue was seen covering her face. She was also clicked waving and blowing kisses to the audience. She also taught the fans Jay-Z’s signature move, “the Roc.” 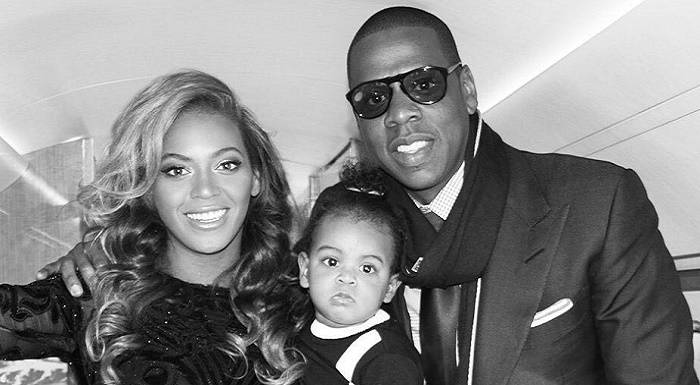 She once called her own grandmother, Tina Knowles, out for filming in a theater in Paris in 2018. Apparently, Tina was overwhelmed by the theater and wanted to film the ballet performance and the beautiful interiors. However, the video had Blue’s voice in the background, telling her “You’re not supposed to take videos, grandma.”

In 2018, Jay-Z revealed on David Letterman’s ‘Netflix’ show ‘My Next Guest Needs No Introduction’ that after he once asked Blue to get into the car rudely as they were getting late for school, Blue told him that she did not like the tone in which he had said that to her. This proves she does not like being disrespected.

She also participated in an auction at Tina Knowles’s second annual ‘Wearable Arts Gala’ held in Los Angeles and bid $19,000 (£14k) on a piece. The art in question was an acrylic painting of ‘Oscar’-winner Sidney Poitier. However, actor Tyler Perry added a grand and took away the painting.