Celine Tam is a young singing prodigy from Hong Kong, who became an international music sensation following her appearance as a contestant on the 12th season of ‘America’s Got Talent’. The daughter of a music teacher, she started singing when she was quite young. She was three years old when she began receiving singing lessons from her father. Known as the “Celine Dion of Hong Kong”, she has performed on national TV in China as well as the US. She gave her first public performance at age four, and a year later, she landed her big break when she appeared on a children’s show in China. According to Celine, appearing on ‘America’s Got Talent’ had been a dream for her. She made it to the semi-final round of the competition before she was eliminated. 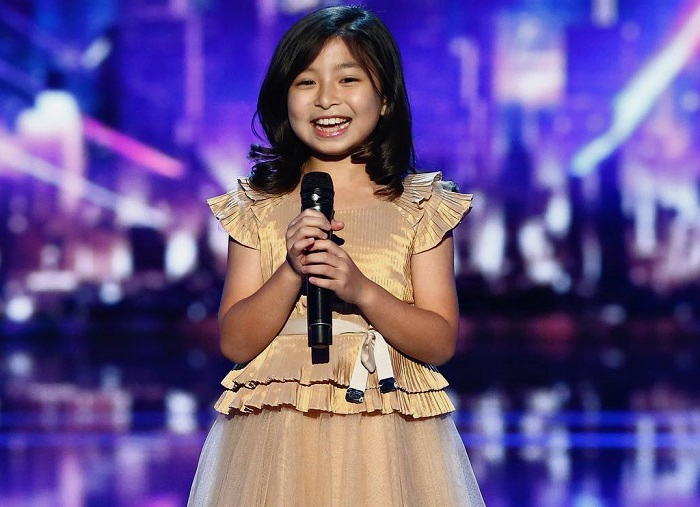 Celine Tam was born on November 22, 2007, in Hong Kong. She is the oldest daughter of Dr Steve Tam and Jia Ming Shan. She has a younger sister named Dion, who was born on November 22, 2013. Her parents are such big fans of Canadian songstress Celine Dion that they named their two daughters after her. Her father, who is a music teacher and vocal coach, is the founder and owner of the music school Sing and You Music Center. Like his daughter, he took part in a number of music competitions when he was younger. However, his doctorate is not in music but business administration. It was only after he found out about his oldest daughter’s musical talent that he set up his school in 2013. before that, he ran a headhunting firm.

Celine started singing when she was three years old. Her parents discovered her singing prowess when on one afternoon while she was travelling in a car with her family, Celine Dion’s ‘My Heart Will Go On’ from the 1997 film ‘Titanic’ came on the radio and she began singing along. Soon after, her father started giving her vocal lessons, helping her in her pursuit of a career in the music industry.

Because of her name as well as her incredible voice, Celine Tam was given the nickname, the “Celine Dion of Hong Kong”. She has sung at events in various parts of the globe and appeared on the national TV in both the US and China. When she was four years old, she gave her first public performance. A year later, the breakthrough moment in the career of the young singer came when she made an appearance on a program called ‘Let’s Sing Kids’, in China. The show gives a national platform to young aspiring singers, and Celine sang Secret Garden’s ‘You Raise Me Up’ during her first televised appearance on the show. Later, she gave a duet performance of the song with Canadian young performer Jeffrey Li. It was this performance in 2014 that garnered her significant attention for the first time in her career. She and Li performed ‘You Raise Me Up’ on Steve Harvey’s NBC show ‘Little Big Shots’ in 2015 after their ‘Let’s Sing Kids’ performance became a viral hit. 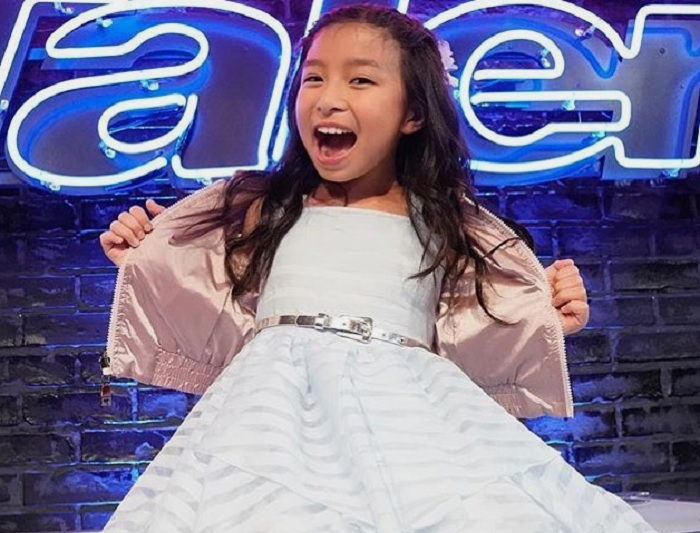 In 2014, she did a duet with Malaysian singer-songwriter Shila Amzah, singing ‘Let It Go’ from the 2013 animated film ‘Frozen’ at the Shanghai Love Concert.

Before she ever appeared on ‘America’s Got Talent’, Celine Tam had already participated on the British rendition of the contest in its 10th season. However, her audition was not broadcast on television, and while she made it past the audition round, she was eliminated before the live shows.

Celine Tam on America’s Got Talent

After ‘Britain’s Got Talent’, Celine chose to focus on gaining a solid footing in mainland China and Hong Kong. Guided by her father, she gradually achieved that goal and then decided to go after her dream of appearing on the stage of ‘America’s Got Talent’.

As you all know, I’m possibly the world’s biggest fan of @celinedion ! Come see her concert at @thevenetianmacao on June 29 – 30! See you all there! #venetianmacao

She was nine years old when she performed for the first time on the stage of the NBC competition reality series ‘America’s Got Talent’. This was the 12th season (2017) of the show. In the audition round, she performed ‘My Heart Will Go On’, enthralling judges and audiences alike and earning a standing ovation. She then sang Michael Bolton’s ‘How Am I Supposed to Live Without You’ in the Judge Cuts round, impressing the audience once more with her magnificent vocals. In fact, guest judge Laverne Cox was so moved by the performance that she pressed her Golden Buzzer in favour of Celine, propelling her to the quarter-finals.

In the quarter-final round, the young singer, standing atop a rose, delivered a mesmerising rendition of Whitney Houston and Mariah Carey’s ‘When You Believe’ from the 1998 film ‘The Prince of Egypt’. Although she received some criticism for it from judge Mel B, she progressed to the semi-finals. For her semi-final performance, Celine belted out ‘How Far I’ll Go’ from the 2016 Disney animated feature ‘Moana’. She again received some criticism from Mel B, though judges Howie Mandel and Simon Cowell praised her performance. Unfortunately, she was eliminated in this round as she did not earn enough votes. 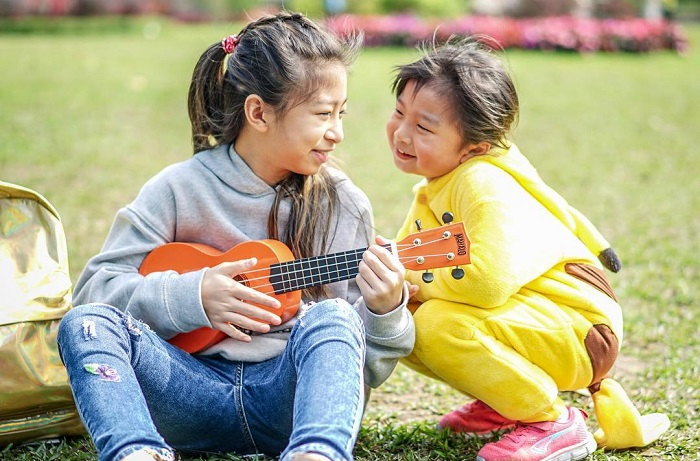 After she left the show, she took to Twitter to thank everyone and expressed her desire to perform with Celine Dion someday. The Canadian music icon responded a few days later with words of encouragement and invited the young singer to her Las Vegas show. Celine Tam also made an appearance on ‘The Ellen DeGeneres Show’, repeating her ‘Moana’ semi-final performance.

In late 2017, she was named Hong Kong’s top trending YouTube video star after her ‘America’s Got Talent’ audition video clip was viewed 42 million times. In December that year, she travelled to Germany and performed ‘You Raise Me Up’ with pop star Helen Fisher. She then contested in a Japanese Karaoke competition in September 2018 and was eventually declared its winner.

In 2019, she took part in Hunan TV’s ‘World Got Talent’. In the audition round of the competition, she performed her first original song, ‘Who I Am’.