Kennedy Alexa is an English model and social media star who is best recognized as the girlfriend of English professional footballer James Maddison who plays as an attacking midfielder for Premier League club Leicester City and the English national team. While the couple opened up about their relationship on social media in late 2020, they remained tight-lipped regarding how they met and when they started dating. Alexa, who has been working as a model internationally for years, is actively using Instagram for a long time and often shares modeling pictures. She is also present on other social media platforms such as Twitter and TikTok. She is currently expecting a baby boy with her boyfriend James. 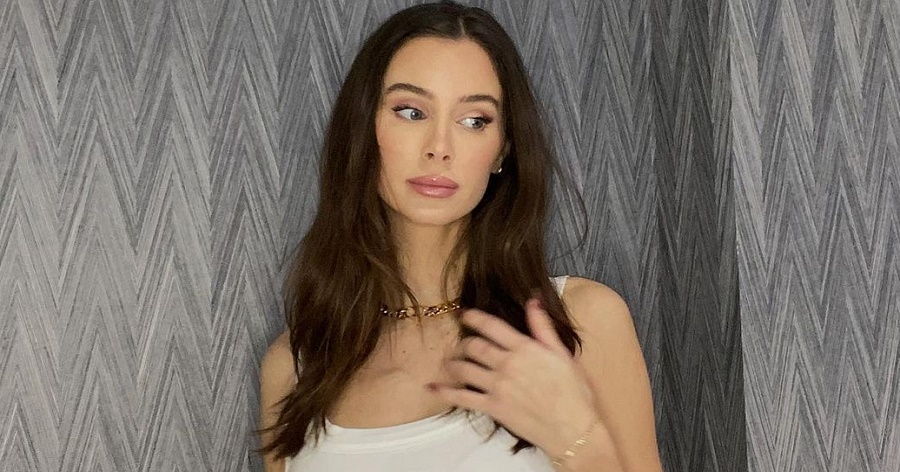 While Kennedy Alexa had been active on social media for years, she drew the attention of international media after her relationship with footballer James Maddison became public in December 2020. The news was actually shared by the couple themselves on their respective Instagram accounts on Christmas Day. They both shared a picture of them together wearing matching pajamas and posing with their pet dog. Since then, both of them have shared several pictures of themselves on the image sharing platform, often posting the same photos with different captions. While they have not revealed much about the development of their relationship yet, it is assumed that they started dating earlier in 2020 after Kennedy returned to the UK from the US. Kennedy Alexa is a little over two years older than James Maddison. Incidentally, James previously dated Molly-Mae Hague, who later mentioned during her appearance on Love Island that her affair with James was superficial: “A few footballers have slid into my DMs. I’ve dated footballers, it’s all just superficial and on the surface.”

She Is a Successful Model

Kennedy Alexa, who works as a model, was born on June 17, 1994 in England, United Kingdom. She has been sharing her modeling pictures on her Instagram since April 2017. She has modeled for brands such as The Stylist LA, the Princess Polly online boutique, and American swimwear brand Montce. She has travelled around the world extensively due to her modeling assignments, visiting locations in Hawaii, Miami, Portugal and the Caribbean island of Anguilla, and seems to have spent quite some time in America. She has a younger brother named Jordan Barnes with whom she shared a picture from Boston, Massachusetts in May 2018 after he earned his doctorate degree there. Prior to returning to the UK, she was seen hiking on Runyon Canyon in Los Angeles in her social media posts. She was also seen attending a baseball game while in America. Apart from modeling and traveling, she was also seen marching on a ‘Black Lives Matter’ rally in West Hollywood. 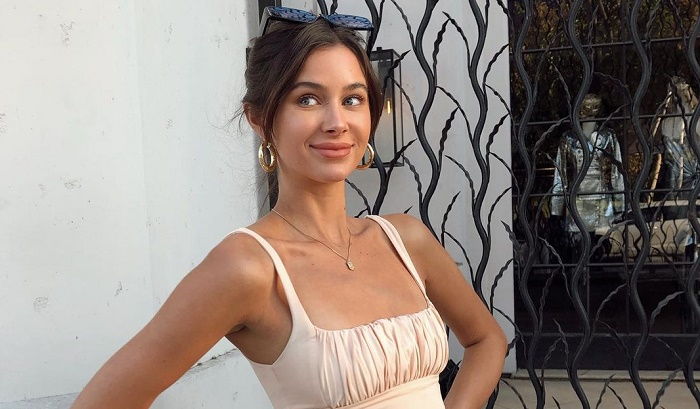 She Is Expecting a Baby Boy with James

Kennedy Alexa and James Maddison, who only recently revealed their relationship to the public, are already expecting a baby boy together. Both Kennedy and the English midfielder revealed the info on their respective Instagram profiles in late April 2021 with a picture of a baby-sized Leicester shirt featuring James’ jersey number 10 and the word “DADDY” printed on it. They also included a snap of her baby scan in the post. In the caption, Kennedy mentioned that they were “over the moon and can’t wait to meet our sweet baby boy”, while James exclaimed “Extremely excited to become a father. Bring on the sleepless nights.” Kennedy very often shares pictures of herself flaunting her baby bump on her Instagram. According to reports, they are expecting to welcome the baby in autumn 2021. 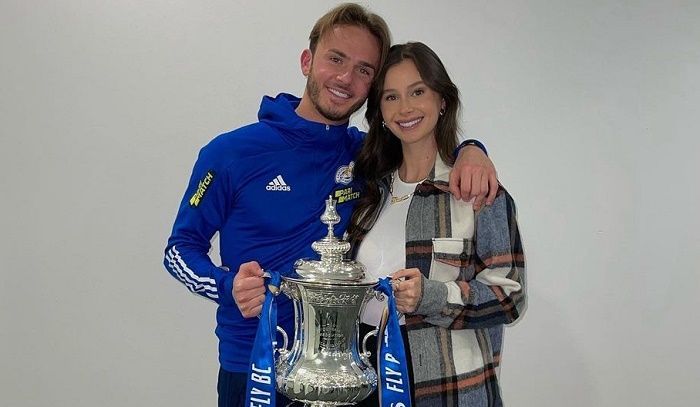 Her Boyfriend Recently Partied with Other Women

Not long after sharing the news of expecting a baby with Kennedy, James made news headlines in early July after he was spotted having fun at an afternoon party with several women at Blue Marlin beach club in Ibiza, Spain. In pictures snapped by the paparazzi, he was seen getting cozy with the women as he offered them beverages from his drinks trolley. Kennedy, who was missing from the snaps, was at the time back at her home in England and was posting on her Instagram how she had “absolutely nothing” to do or how a sudden shower washed up a warm and sunny day. As the purportedly leaked pictures surfaced on the internet, fans reacted strongly to women clinging to the star footballer and soon-to-be father while Kennedy suffered through boredom alone. Interestingly, about a year ago in August 2020, while spending a vacation in Ibiza with Jack Grealish and Dele Alli, James had shared a video of himself at a party in which he could be seen trying to kiss a girl, but hastily deleted it afterwards.