Fidel Castro was a controversial figure in world history, and that not just because of his politics and economic policies that completely altered the geopolitical situation in Cuba, and Latin America at large. Handsome and charming in his youth, he had relationships with numerous women, fathering at least 11 children. Among these women, his second wife Dalia Soto del Valle was with him the longest; for over five decades. Despite this, she was never introduced to the Cuban people or given the title ‘First Lady’, which was always borne by late Vilma Espin, the wife of the current president, Raul Castro. Although Dalia Soto del Valle’s identity remained a mystery for most of her life, she was quite influential during Castro’s reign. 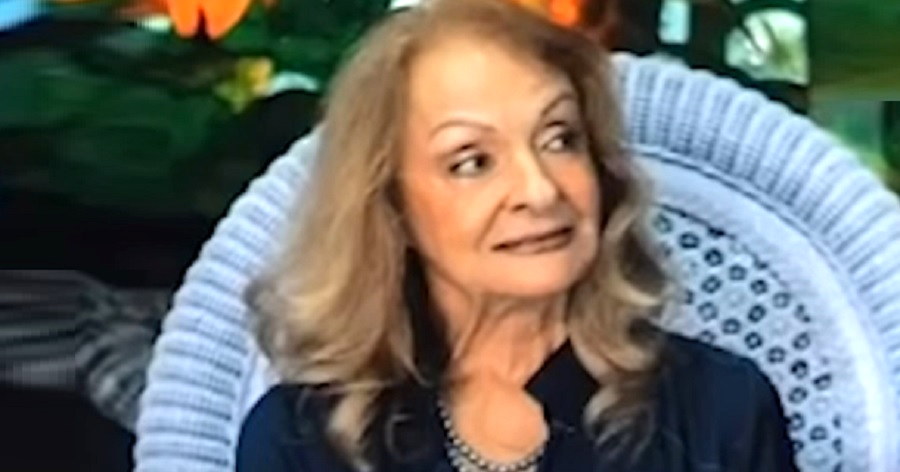 Dalia Soto del Valle Has Been an Educator

Born in an affluent family in Trinidad, a town located in the province of Sancti Spíritus, central Cuba, Dalia developed an interest in teaching as a teenager. Her father, Fernando Soto del Valle Guinart, was a wealthy landowner, and the young girl had plenty of options to choose from in Fulgencio Batista’s Cuba. However, she remained true to her initial aspirations and became a teacher after completing her studies.

By all accounts, Dalia was an enthusiastic teacher and attended a number of events and conferences to get better at her job. Blonde, ballerina-slim, and light-eyed, she perfectly fitted the type of women Castro preferred.

After coming to power in 1959, Castro brought about radical changes in various aspects of governance in Cuba, including in the educational sector. With the aim of complete eradication of illiteracy in the country, he initiated a literacy campaign, which eventually became one of the pillars of his administration. To promote it, he travelled across Cuba and spoke at different seminars.

During one such literacy seminar in 1961, the 35-year-old Castro met Dalia, 17, who was sitting in the front row during his open-air speech. The evening went by in communicating through surreptitious and meaningful glances.

While Castro was clearly interested in her, she could not get close to him until his security did a thorough inspection of her background and history. After that was done, he took her to Havana and put her in a secret house on the outskirts of the city.

Contradictory information is available on where this first encounter took place. While author Fernando Lizama-Murphy claims that it happened in Trinidad, Dalia’s native town, Castro’s former bodyguard, Juan Reinaldo Sánchez, asserts in his 2014 book ‘The Double Life of Fidel Castro’ that it occurred in the province of Villa Clara.

For the next few decades, Dalia led a lavish but secluded life. Castro did not marry her until 1980, nearly two decades after their first meeting. Some authors and experts speculate that this was because of Celia Sánchez, one of the founders of the Cuban Revolution and an indispensable colleague of Castro. They were allegedly lovers. But neither Celia nor Castro ever spoke about it.

Celia passed away on January 11, 1980. Even after her marriage to Castro, Dalia remained hidden from the public eye. The Cuban people did not learn about her until years later. 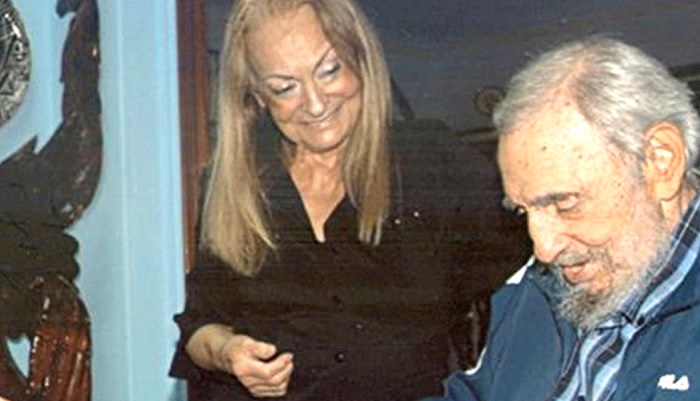 Dalia became pregnant with their first son not long after meeting Castro, and they went to have four more. All of their names start with an A: Alexis, Alex, Alejandro, Antonio, and Angelito. The first three names were variations of Castro’s revolutionary nom de guerre, Alejandro, which in turn, was inspired by his lifelong admiration for Alexander the Great.

Like their mother, the five A’s were kept far from the spotlight for most of their lives. They did not enlist in the military, nor did they join politics. However, Castro ensured that they would lead comfortable lives, according to Juan Reinaldo Sánchez. 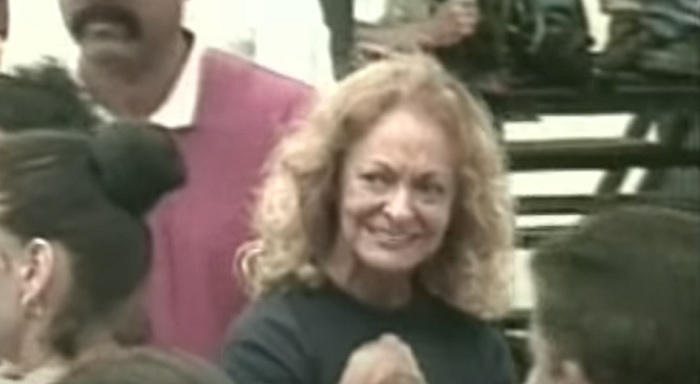 Among the siblings, Antonio or Tony gained the most recognition. He became an orthopaedic surgeon and served as the official doctor for the island’s national baseball team for a period. Later, he assumed the post of vice-president of both the Cuban Baseball Federation and the Swiss-based International Baseball Federation.

Juan Reinaldo Sánchez claims in his book that Dalia became involved in an affair in 1984 with a man named Jorge, who was part of her escort. When Castro found out, he was livid and stopped visiting Punto Cero, a pre-revolution gated property where he and Dalia were raising their five sons. Many people close to the El Jefe Maximo were convinced that this was the end of their marriage. However, about four weeks after the discovery, Castro and his escort stepped back into the property, and things gradually returned to normalcy.

According to Sánchez, Jorge vanished from the circulation almost immediately and was never seen again. 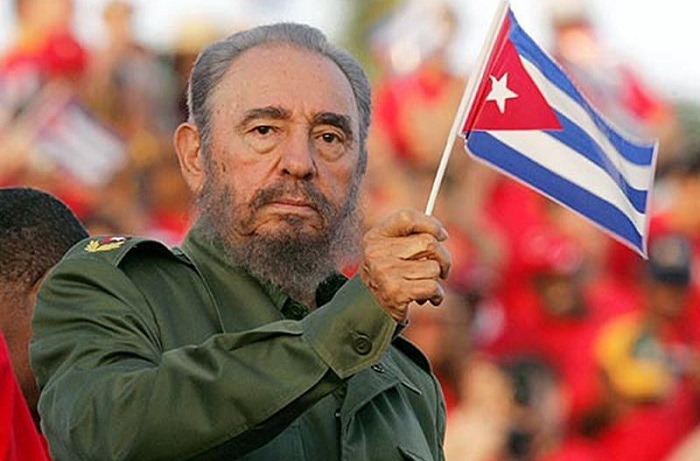 With a Greek god-like appearance and equally mythical status as the hero of the Revolution, Castro led a life with an incredible cast of women. His first wife was Mirta Díaz-Balart, the elegant, beautiful daughter of the former mayor of the town of Banes, Rafael José Díaz-Balart. The marriage lasted from 1948 to 1955 and produced one son, Fidel Castro Díaz-Balart or Fidelito (born 1949), who was Castro’s first officially acknowledged child.

While he was still married to Mirta, he had an affair with Havanan Natalia Revuelta, who was married herself at the time. Their daughter, Alina Fernández Revuelta (born 1956), rebelled against her father and left Cuba for the US in 1993. Castro had short-term relationships with a string of other women. He at least had two more sons, Jorge Angel (born 1956) and Ciro (sometime in the 1960s) and one daughter, Francisca Pupo (1953). 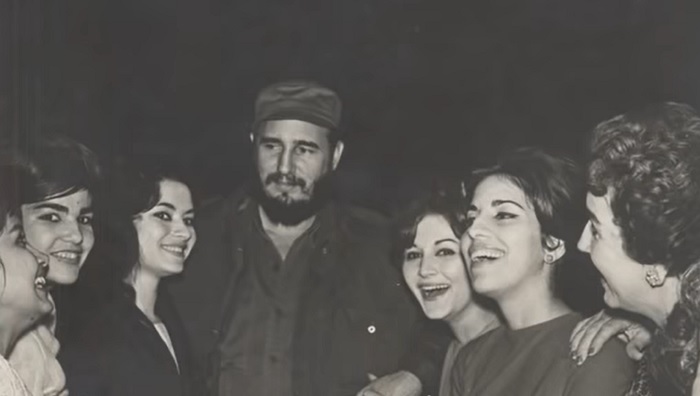 Although there were rumours about a certain “la mujer del comandante” or the comandante’s woman since the 1960s, the Cuban public saw her for the first time in 2000 when she participated in a massive rally supporting the return of Elian Gonzalez, the young boy who became the focal point of US-Cuba diplomatic tension that year. She was seen again in 2001 at the Tropicana nightclub during Cuba’s annual international cigar festival.

Dalia made her first public appearance alongside Castro in 2010 when he returned to the public sphere after a long battle with diverticulitis. With his wife at his side, the communist leader delivered his first speech in the National Assembly in four years.

Castro died on November 25, 2016, prompting Dalia to retreat from public life once more.