Yolanda (“Lonnie”) Ali, née Williams, is the widow of boxing legend Muhammad Ali. They were married for 30 years, from 1986 until Ali’s death in 2016. Lonnie was Ali’s fourth wife and the stepmother to eight of his nine children. Although they did not have a biological child of their own, they adopted a son together, named Asaad Amin. In 1984, Ali was diagnosed with Parkinson’s disease. After their marriage, Lonnie became his companion, primary caregiver, and protector. In recent years, she has been involved in a number of charities and is striving to ensure that the legacy of the Muhammad Ali lives on. 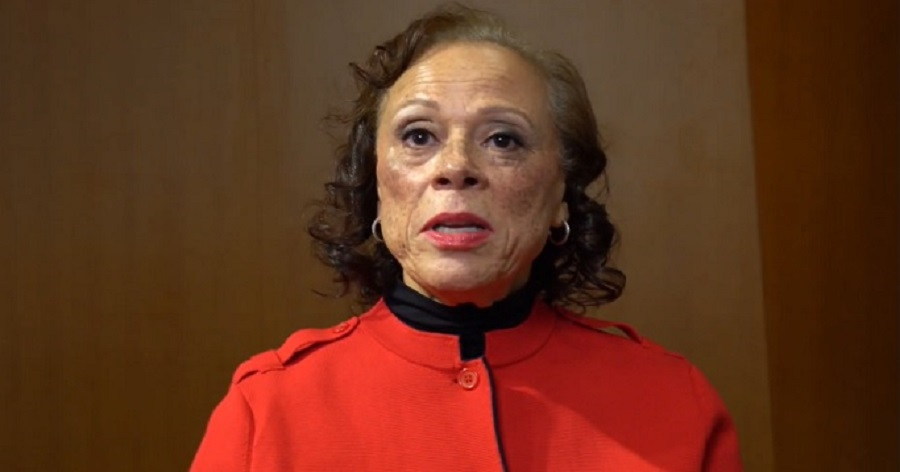 Yolanda Williams was born in 1957 in the United States of America. Her mother’s name was Marguerite Williams. She has a sister named Marilyn.

Lonnie studied at Vanderbilt University, obtaining her undergraduate degree in psychology in 1978 from there. She then enrolled at the University of California, Los Angeles (UCLA) for an MBA degree with a major in marketing. For a brief period, she served as an employment counsellor under the state government of Kentucky. Later, she held a job in account sales at Kraft Foods.

A six-year-old pigtailed Lonnie met Muhammad Ali for the first time in 1964 in Louisville, Kentucky, which was the hometown of both of them. He was about 15 years older than her. Her family had relocated to the Montclair Villa subdivision in Louisville in 1963. Their home on Verona Way was on the opposite side of the street from the house Ali purchased for his parents, Odessa and Cassius Marcellus Clay, after becoming a boxing gold medallist at the 1960 Summer Olympics and switching to professional boxing.

It did not take long for Muhammad Ali’s mother, Odessa, and Lonnie’s mother, Marguerite, to become friends. Lonnie’s mother would often tag along with Ali’s mother to his fights. Rhonda K. Richardson, a lawyer and Lonnie’s childhood friend, fondly remembers how generous and nurturing Marguerite was, stating that she spent more time at the Williams house than her own. She often saw Ali at their dinner table. Every time, he came to see Odessa, he would make time to play with the children from the neighbourhood.

In the ensuing years, all three other wives of Ali accompanied him to the Williams’ dinner table. His first wife was waitress Sonji Roi, to whom he was married from 1964 to 1966. The marriage did not produce any children. In 1967, he married actress Belinda Boyd, who became known as Khalilah Ali after her conversion to Islam. With her, Ali fathered four children, Maryum “May May” (born 1968), twins Jamillah and Rasheda (1970), and Muhammad Ali, Jr. (1972). The couple divorced in 1977. Ali exchanged wedding vows with psychologist Veronica Porché Ali in the same year. By then, they already had a daughter named Hana Ali (1976). The couple welcomed their second daughter, Laila Ali, in 1977. Nine years later, Ali divorced Veronica. Ali also had two other daughters, Miya Ali (with Patricia Harvell, born 1972) and Khaliah Ali (with Aaisha Fletcher, born 1974). 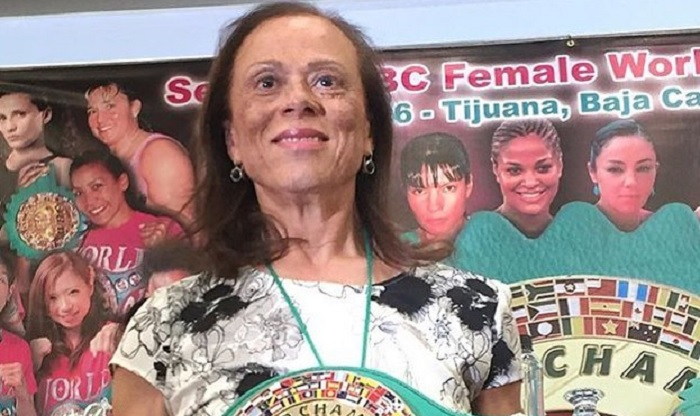 In Lonnie’s adolescent years, Ali served as another big brother for her. It was not until she was in her late teens that she started developing romantic feelings towards the champion boxer. In a 2012 interview to the New York Times magazine, she stated that she had an epiphany about marrying Ali when she was 17 years old.

Two years after Ali’s disastrous defeat against Larry Holmes in 1980 and his 1981 retirement from professional boxing, Lonnie relocated to Los Angeles and became his primary caregiver on the condition that he would fund her education at UCLA. This reportedly was approved by Veronica, Ali’s wife at the time.

With Lonnie’s help, Ali regained much of himself and his fortunes. After showing several signs over the years, he was diagnosed with Parkinson’s disease in 1984.

After his divorce from Veronica, Muhammad Ali took Lonnie to Louisville where they tied the knot on November 19, 1986, in the presence of a small gathering. She was 29, and he was 44 years old at the time. Like Ali, Lonnie converted to Islam. 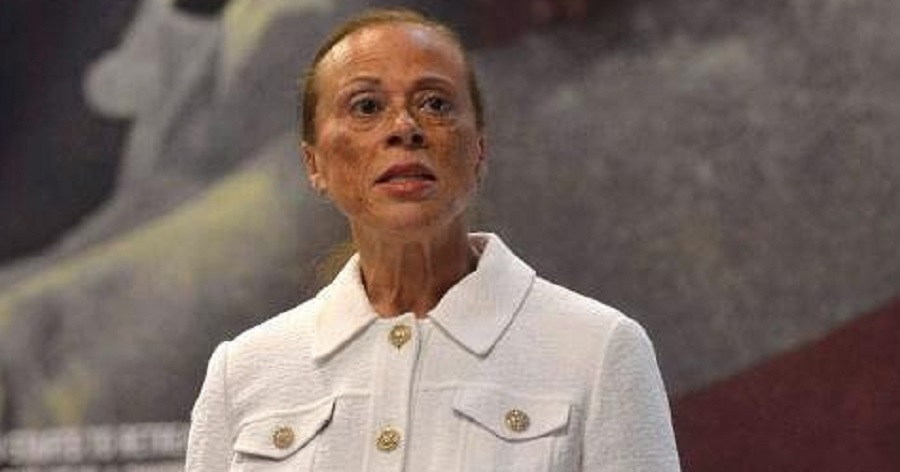 According to many of their close friends, the number one priority in Lonnie’s life, after her marriage to Ali, was taking care of him. This included managing his estate as well. She constituted Greatest of All Time, Inc. (G.O.A.T. Inc) as a legal corporation in 1992 in order to gain licenses for and subsequently commercialise Ali’s intellectual properties. Furthermore, she was the company’s vice president and treasurer until new management took over in 2006. In 2005, along with her husband, she set up the multicultural Muhammad Ali Center in Louisville. She also convinced Ali to accept the role as the face of Parkinson’s disease.

Lonnie and Ali’s adoptive son, Asaad Amin, was likely born in either 1985 or 1986. When he was five months old, the couple adopted him. Asaad, who grew up to play competitive baseball and later work as a baseball coach, shared a close bond with his adoptive father. 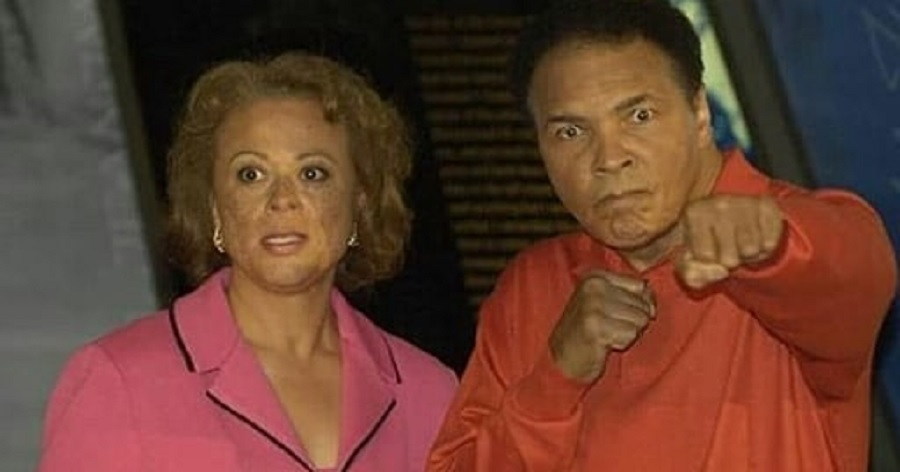 Muhammad Ali passed away on June 3, 2016, in Scottsdale, Arizona due to septic shock. He was 74 years old at the time. In an interview to CBS, Asaad spoke about the impact that Lonnie has on Ali’s legacy, stating “(I) can’t really put into words what she’s done, for him and for our family… She is all of our rock. She was there when he was at his lowest and brought him back up.

In mid-2016, Lonnie launched a campaign called ‘Ali 75’. Commemorating what would have been Ali’s 75th birthday in the following January, the campaign asked people to devote 75 hours of their time to community service. Even today, she continues to work to ensure the longevity of Ali’s legacy.

While most people who knew Ali have praised Lonnie for taking care of him for over three decades, she does have some detractors, including Ali’s only biological son, Muhammad Ali, Jr. After Ali’s death, Ali Jr accused her of cutting him out of his father’s life.