While Hailie Jade is mostly known as American rap star Eminem’s daughter, she is also turning out to be a prominent fashion and beauty influencer on ‘Instagram.’ Hailie was born to Eminem and his former wife, Kim, in 1995, at a time when they were not married. Throughout her childhood, Hailie has missed her parents’ company, due to her mother’s drug issues and her father’s music tours. However, her loving dad tried making up for that by mentioning Hailie in as many as 20 of his songs, the most notable of them being ‘Hailie’s Song’ in 2002. Hailie is now popular on ‘Instagram’ and is also part of a happy family with her two sisters, Alaina and Whitney. She recently graduated in psychology and is in a relationship with Evan McClintock, whom she met as a student at ‘Michigan State University.’ 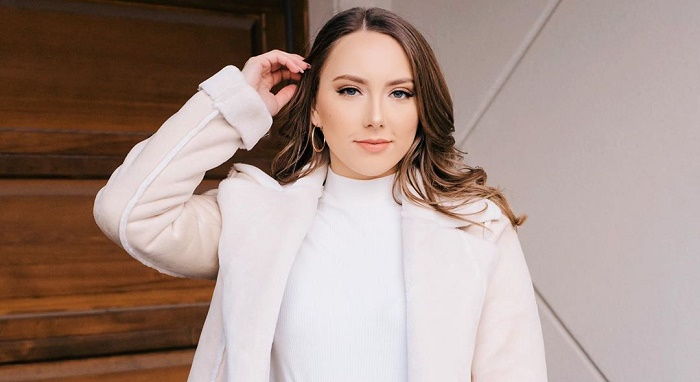 It is believed Kim and Eminem had met through a common friend and had dropped out of school at the same time. Kim and Dawn (Kim’s twin and Hailie’s aunt) ran away from home at 13 to live with Eminem’s family in a trailer. Apparently, Kim and Dawn’s stepfather’s abusive behavior had driven them away.

Eminem’s mother (Hailie’s grandmother), Deborah Marshall, took care of Kim and Dawn as her own daughters. While they stayed there, Kim and Eminem fell in love. Her parents got married in 1999, a few years after Hailie’s birth. However, they split in 2001, allegedly due to domestic violence triggered by Kim’s infidelity. They got back together in January 2006 but divorced after 3 months. Eminem won Hailie’s custody after a bitter legal battle. 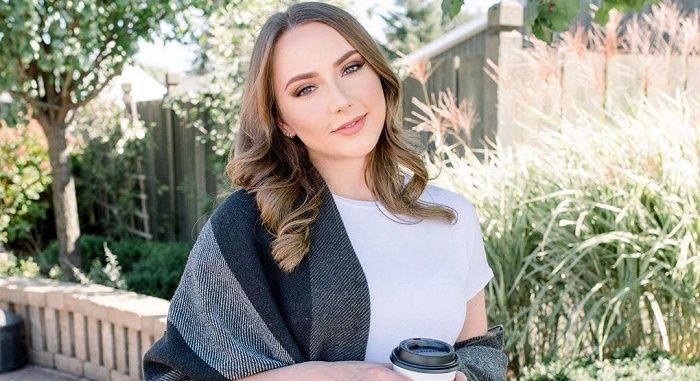 Eminem also adopted Hailie’s half-sister, Whitney Laine Scott. Whitney was Kim’s daughter with her Missouri-based tattoo-artist partner, Eric Hatter, and was born after Kim and Eminem had separated for the first time. Kim also had a son named Patrick, but rumors suggest Eminem had not fathered the child.

A Childhood amidst Fame

It is believed, in the few months after Hailie Jade’s birth, Eminem (then a rising rap sensation), was working 60 hours per week. Due to Kim’s struggle with drug abuse (She was going through rehab after Whitney’s birth) and her father’s constant work tours, Hailie missed her parents throughout the initial years of her life. Eminem, however, tried making up for his absence by mentioning her in as many as 20 of his songs, including ‘Mockingbird,’ ‘Stan,’ and ‘When I’m Gone.’ The video of ‘Mockingbird’ had footage from their home video, featuring Hailie.

Eminem’s 1996 album ‘Infinite’ had references of the difficult times he faced while taking care of little Hailie. She also appeared Eminem’s 2005 video ‘When I’m Gone.’ However, the most talked-about song that mentioned Hailie was ‘Hailie’s Song’ from Eminem’s ‘Grammy’-winning 2002 album ‘The Eminem Show.’ 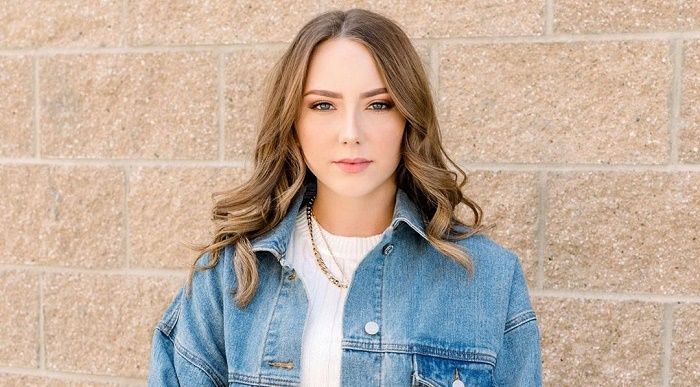 The Rise of a Social-Media Star: Where is Hailie Jade Now?

Hailie was also active in the ‘National Honor Society’ and was awarded the ‘Academic Excellence Award’ and the ‘Department of Psychology Award.’ In 2013, she won the ‘Homecoming Queen,’ and her mother was there to congratulate her on her victory. However, Eminem himself watched the event keeping himself away from the public, as he did not wish to turn it into a media circus. 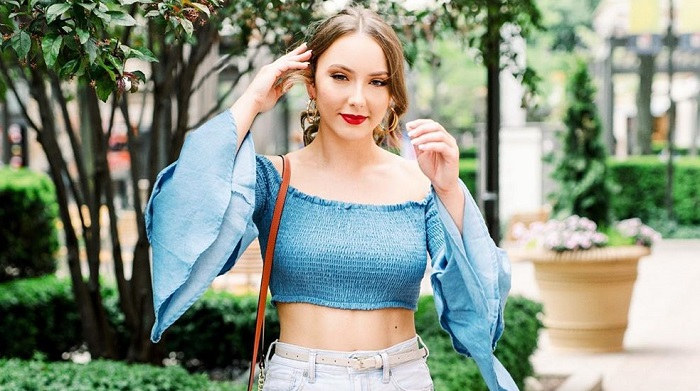 Hailie then attended the ‘Michigan State University,’ where she was named the ‘Sigma Phi Epsilon’s Sweetheart of 2016’.

After graduating with a degree in psychology from the university, Hailie is now focusing on her social-media career. She is a rising ‘Instagram’ influencer with over 1.9 million followers on her profile, “hailiejade.” Her first and now-defunct account on the platform, “hailiescott1,” had gained around 3 thousand followers. She is often seen posing in fashionable attire on her ‘Instagram’ account, with links to buy the outfits mentioned in the caption.

One of her posts from February 2020 shows her dressed in an orange beanie, black pants, and black-and-white sneakers. Fans were quick to link it to the series ‘Orange is the New Black’ and Eminem’s famous ‘Rhymes with Orange’ video. 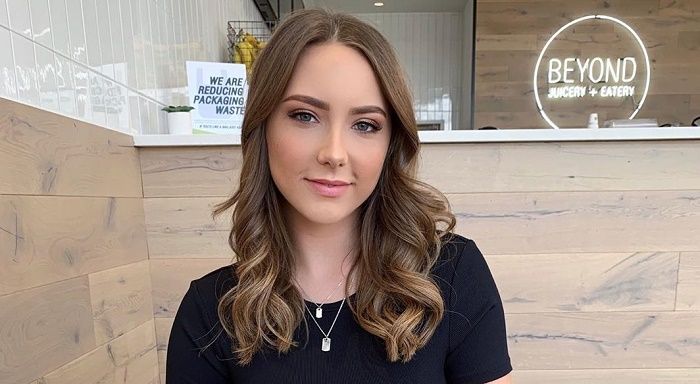 Hailie Jade is currently dating Evan McClintock, whom she met while attending ‘Michigan State University.’ They revealed their relationship to the public in May 2019. Around Christmas 2019, she posted a series of retro-themed photos, dressed in a glittery playsuit, with her boyfriend posing with her. Apparently, she was celebrating Christmas and her birthday. 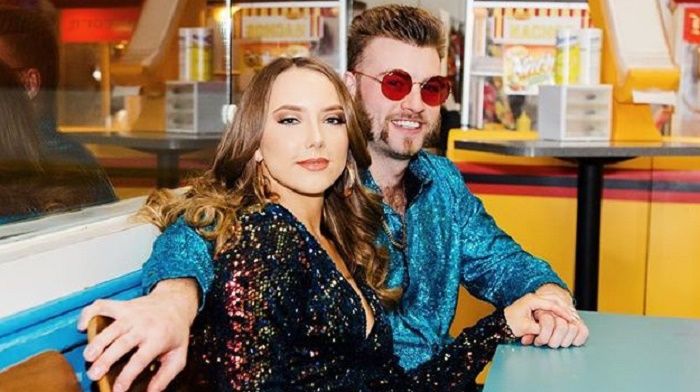 On October 29, 2019, Hailie posted a picture of herself dressed in a mini dress, high boots, and a high ponytail, with seven ring emojis as the caption. Fans suspected she might be engaged, but it turned out the ring emojis were a reference to Ariana Grande’s song ‘7 Rings.’ Apparently, it was a Halloween stunt based on Grande’s look.

Some of her posts also feature her two adorable Shiba Inu dogs named Lottie and Wolf. 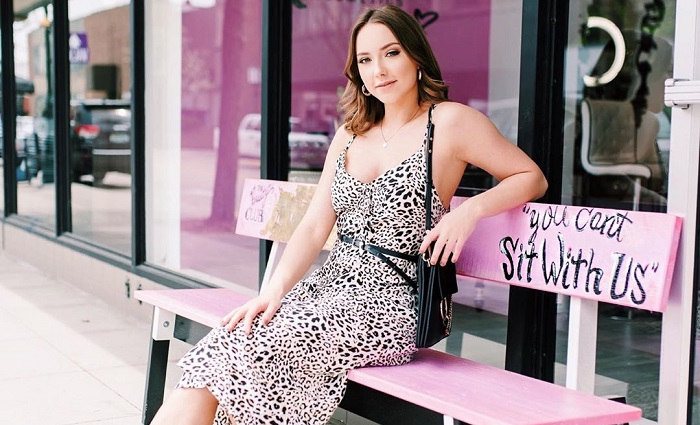 Hailie once found herself in the middle of a bitter spat between her father and rapper Machine Gun Kelly.Apparently, in 2012, Machine Gun Kelly had said Hailie was “hot as f***” in a “tweet” that has now been deleted. Eminem asked him to apologize for the “tweet,” as she was only 16 back then. The feud ended with both Machine Gun Kelly and Eminem making diss tracks on each other.

Hailie lent her voice to Eminem’s 2002 track ‘My Dad’s Gone Crazy’ from the album ‘The Eminem Show.’ The track was produced by Dr. Dre.