American social-media star Christopher Romero has created a huge name for himself of late. Though he had initially hidden his interest in social media from his mother, he later revealed it to her and received her wholehearted support. He and his family moved from Colorado to Los Angeles later. He has been in two well-publicized relationships and is a darling of his fans due to his boyish charms and good looks. He also likes showing off his well-toned physique in his photos. He is immensely popular on ‘TikTok’ (‘musical.ly’) and also has two ‘YouTube’ channels. He is equally famous on ‘Instagram.’ A well-rounded social-media personality, Christopher holds a lot of promise for a future in the entertainment industry. 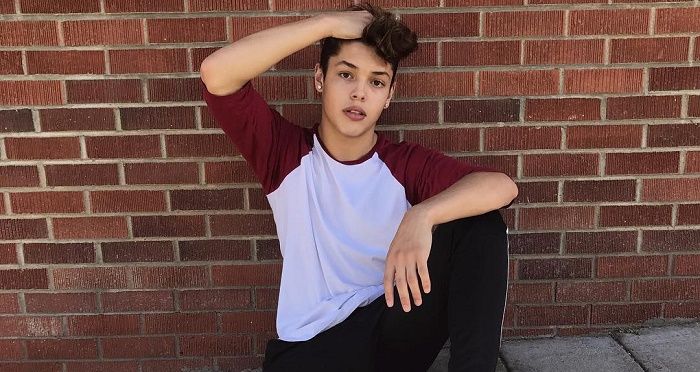 Christopher Romero was born on April 3, 2001, in Colorado, United States. He shares a strong bond with his mother. When he was younger, he and his family lived in low-income apartments. They also could not afford to travel much. He later moved to Los Angeles, California.

Initially, Christopher did not tell his mother about his wish to build a career on social media, as he was not sure how she would react to it.

However, after gaining a significant fan base, around mid-2015, he revealed about his social-media pursuits to his mother. She wholeheartedly accepted his decision and supported him throughout. She also appeared in a few of his videos.

Christopher Romero has a huge fan base of 2.6 million on ‘TikTok’ (previously known as ‘musical.ly’), where he has posted countless lip-sync and dance videos. He also has around 89.9 million likes on the platform.

He launched his first self-titled ‘YouTube’ channel on January 10, 2016. However, the channel currently has just three videos on it, and the last video, ‘BREAKING UP With My Girlfriend.. (Prank) BACKFIRES!!!,’ was uploaded in August 2017. The channel has around 285 thousand views and 33 thousand subscribers.

He then launched his new ‘YouTube’ channel on October 6, 2017. It has already managed to gain more than 602 thousand views and over 60 thousand subscribers, with its entertaining Q&As, pranks, and reaction videos.

Christopher Romero is also quite popular on ‘Instagram,’ where he has posted pictures with his family and his friends Josh Richards, Sebastián Topete, Oliver Moy, Hootie Hurley, Griffin Johnson, Giovanny, Brandon Westenberg, Alex Guzman, Aaron Melloul, Carlos Mena, Tayler Holder, Hailey Orona, Jack Riyn, and Jesse Underhill. His account on the platform has managed to earn 416 thousand followers. He is also present on ‘Snapchat,’ as “topdog410.”

He is managed by ‘Vivid Management.’ He has endorsed several brands, such as ‘Aporro,’ ‘Yours Truly Clothing,’ and ‘MCM.’

Christopher Romero’s mother’s name is Consuelo Romero. He has a younger sister named Isabel, who is also a well-known ‘TikTok’ star. He is also close to his maternal grandmother, Vi Romero, with whom he has posted photos on ‘Instagram.’ He has a dog named Zelda.

Christopher has been in two much-publicized relationships. He previously dated “YouTuber” and ‘Instagram’ star Karina Conti. Karina had apparently texted Christopher first on December 28, 2015. They then started talking to each another. While on a date at ‘The Cheesecake Factory,’ he realized he liked Karina and proposed to her. They had also collaborated on a few ‘YouTube’ videos and often posted their pictures on ‘Instagram.’ He once revealed that he liked her voice and that fact that she could “blink” her eyes when they were closed. On August 5, 2017, he posted a video titled “BREAKING UP With My Girlfriend.. (Prank) BACKFIRES!!!” on his ‘YouTube’ channel, through which he pranked Karina about their break-up. They broke up eventually.

In 2019, Christopher began dating singer, DJ, actor, and dancer Madi Monroe. They have posted a few pictures together on ‘Instagram.’ In August 2019, Madi and Christopher went to ‘Disneyland.’ In one of his posts, Christopher revealed that he refers to her as his “bean.”

Christopher loves sweets and French fries. He is very fond of puppies. He likes coloring his hair in unusual hues. He hates when people chew food with their mouth open.

He is known for his pierced ears and his toned physique which he often flaunts in the photos he uploads on ‘Instagram.’

He loves touring with his friends and interacting with his fans. Once he was asked if he would ever date a fan, to which Christopher had said he definitely would, since that would be nice, as supporters usually know the likes and dislikes of their idols.

He was first recognized by a fan at ‘Sam’s Club’ in Colorado. He was there with his mother, and a girl came up to his table and asked him for a picture. His mother was confused, as she had no clue that Christopher was famous on social media. 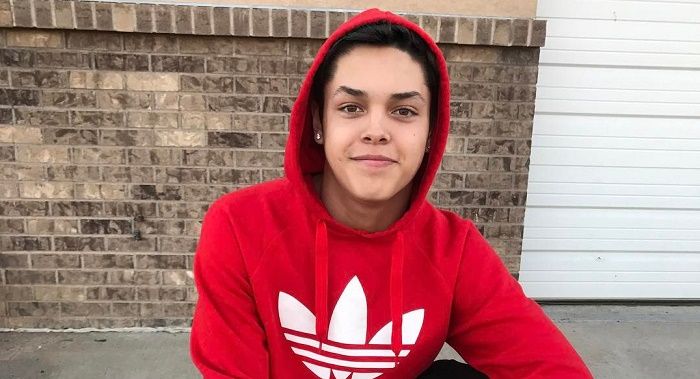 According to him, achieving a million fans on ‘TikTok’ was one of his greatest accomplishments.

According to him, the greatest challenge of being a social-media star is that one has to be consistent with posting online. Christopher has also launched his own brand of merchandise.

When asked what advice he would give to his younger self, Christopher said that it would be to not care about what anyone says and to never give up on doing his own thing.

He once state that if his house ever caught fire, he would save his phone, his camera, and his dog.