Chase Hudson, more known by his username yaboii.chase, is a TikTok star and social media influencer. Originally from Arizona, Chase has been active on TikTok for years. His fame there eventually made its way to other social media sites as well. He is quite popular on both Instagram and YouTube. In most of his TikTok videos, he lip-syncs to popular tracks. On a day in May 2016, he ranked between Zach Clayton and Mark Thomas on the TikTok leaderboard at #33. 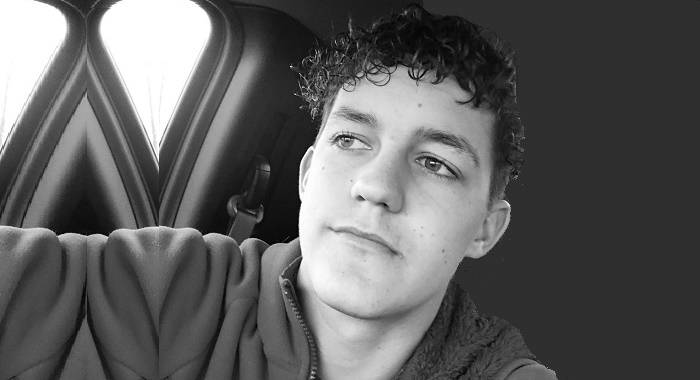 Yaboi Chase was born on October 11, 2001, in Tucson, Arizona, USA. At some point, he relocated to Texas. An athlete for most of his life, he has played baseball, basketball, and football. He has a younger brother, who, along with their mother, have been featured on Chase’s social media. Some of his younger cousins have also made appearances in his videos. Chase is religious. Part of his Instagram bio reads, “All Glory to God”.

Yaboi Chase started posting content on TikTok when it was still known as Musical.ly. The first video on his @yaboii.chase account was posted on November 3, 2015. Three days later, he uploaded his second video, which was set to ‘679’ by Fetty Wap (ft. Remy Boyz).Throughout the years, he has lip-synced to tracks like ‘Jordan Belfort’ by Wes Walker and Dyl, ‘No Idea’ by Don Toliver, ‘Baby Birkin’ by Gunna, ‘Pop Out’ by Polo G (ft. Lil Tjay), ‘Panini’ by Lil Nas X, ‘Sunshine’ by ‘Charlie Heat and Ant Beale, and ‘Fake Love’ by Drake’. He has done duets with a number of fellow TikTok users, including @alicya.higgins, @kaydance_god, @rivers_rain.

His YouTube channel is even older than his TikTok page. It was set up on November 7, 2013. He posted the first video on it on November 26, 2016. Titled ‘First YouTube video. Excited to start my new journey and explore.Comment, like, and subscribe.’, it has since garnered over 15 thousand views. In those days, he predominantly posted vlogs on YouTube. His one-time girlfriend MK made her first appearance in a video uploaded on December 10, 2015.

The content he puts out on YouTube is distinctively more diverse that his content on TikTok. He has done vlogging, prank and reaction videos, and challenges. Some of the most popular videos on his channel are ‘Surprising MK (LDR 1700 Miles)’, ‘Photo Shoot With MK!’, and ‘Me And MK Make Slime’.

On Instagram, he has over 80 thousand followers. The oldest post there dates back to January 15, 2019. In its caption, he informed his followers that someone had hacked into his account and removed all his previous posts. A day later, he admitted that he had failed to get back the pictures. He then thanked the hacker as he believed that the other person had given him an opportunity to have a “fresh start”, declaring that it was time for new pictures and new memories.

“I’m glad you took the time and went out of your way to go through the trouble of hacking me and clearing my page.” he wrote to the hacker, adding “It really shows that you’re also a hater and if you hate me that means I’m doing something right!”

Currently, he has only a handful of posts on the platform and is gradually rebuilding his presence there.

Chase set up his @shorty_hudson Twitter account in November 2014 and has a few hundred followers on it. He also has a YouNow account with over 14 thousand fans.

In November 2015, Yaboi Chase started dating YouTube Star MK Cooper, who has become famous on social media under the username Officially MK. Like Chase, she is also an athlete and takes part in gymnastics, wrestling, basketball, and football. The couple ultimately broke up.

Yaboi Chase cites his father, who trained him in baseball, as his biggest inspiration in the sport.

If he ever wins a lottery, Chase has said that he will buy a car, fishing and baseball gear, and land where his small town can build a turf field.

His least favourite sport is soccer.