Itsselmo is the online alias of British TikTok star Elmo O’Dwyer, who has 3.1 million followers and 164 million likes on the short video sharing platform. He started out late in his teens and became popular mostly for his lip-syncing videos. He first used the app when it was still known as Musical.ly before the merger. Itsselmo is also popular on Instagram with 817k and 345k followers on his two accounts. He has attempted to launch his YouTube career, but has not posted any content on the platform yet. He offers various types of merchandise for his fans to buy from online vendors.

For over a year now, Elmo has been in a long-distance relationship with Hannah Rylee, a New York-based social media star with over 2.8 million followers on TikTok and 195k subscribers on YouTube. He has been posting her pictures on his second Instagram account since January 2019 and wished her happy anniversary on December 7, 2019. They have been talking about each other for a long time, and in May 2019, she admitted to dating Elmo during a live stream. Up until then they had not met each other in person, and in his recent post, he expressed how eagerly he was waiting to meet her. However, they have made several TikTok duet videos together. 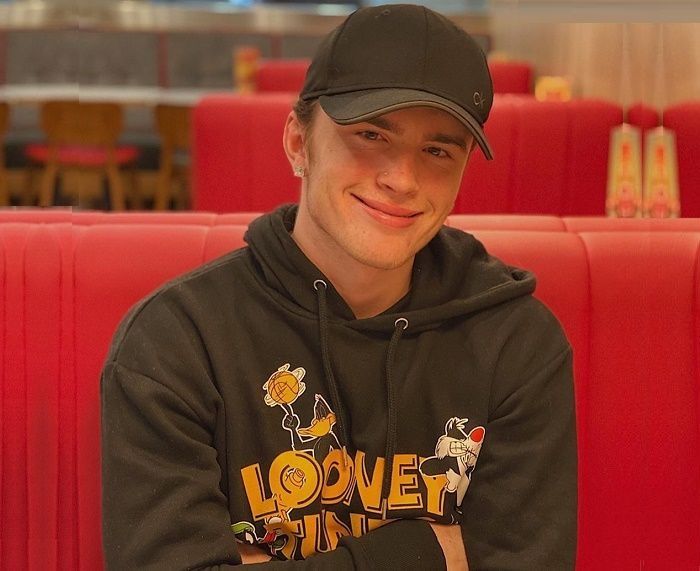 While not much is known about his family life, parents and siblings, Elmo’s mother frequently appears on his TikTok videos. His parents seem to be separated as in a recent video Elmo appeared with his mother and asked his fans to wish her luck as she was going out for a date night. His mother is very sporty and often shows her dance moves on his TikTok videos.

Itsselmo shares a YouTube channel with his friend Harry

Elmo’s TikTok videos often feature his friends, particularly a friend named Harry, with whom he created the joint YouTube channel ‘E&H Videos’ on December 28, 2018. He subsequently promoted the channel via Instagram, which resulted in it getting over 101k subscribers, even though the channel does not have any content yet. According to the channel’s description, another of his friends, known for his gaming YouTube channel ‘mr sharpii’, is the editor for the new channel. Elmo has also featured on videos on sharpii’s channel.

Itsselmo is also a boxer

Apart from being a TikTok and Instagram star, Elmo is also a boxer. He can often be seen posing with his punching bag and likes to showcase his strongly built physic appearing shirtless in his pictures and videos. Furthermore, he had once posted a video on his Instagram profile in which he could be seen landing the winning punch on another boxer.

Itsselmo has his own merchandise

Like most social media influencers of his time, Elmo has also released various types of merchandise through different online shopping sites. He launched his street-wear line of hoodies, T-shirts, caps, as well as iPhone cases, in collaboration with TC Social Club which promotes fashionable clothing and accessories by social media stars. He also sells printed cups, pillows, laptop and phone cases, T-shirts, bags, scarves, notebooks and journals, and more from Redbubble.