Jentzen Ramirez is an American actor, model, martial artist, stunt performer, photographer, and social-media star. This multitalented Texan now lives in Los Angeles and is best known for his performances in movies such as ‘Of Mind and Music’ (2014), ‘Girl Followed’ (2017), and ‘The Lurking Man’ (2017). He has also been part of many short movies, most notably ‘Star Wars: Generations’ (2016), ‘The God Machine (2017),’ and ‘Thoughts and Prayers’ (2019). He has already won awards for his performances. He is also popular on social media platforms, including ‘YouTube’ and ‘Instagram.’ Not much is known about his personal life, which probably hints at his reluctance to reveal his private life to the media. Jentzen surely promises to be an all-round entertainer in the years to come. 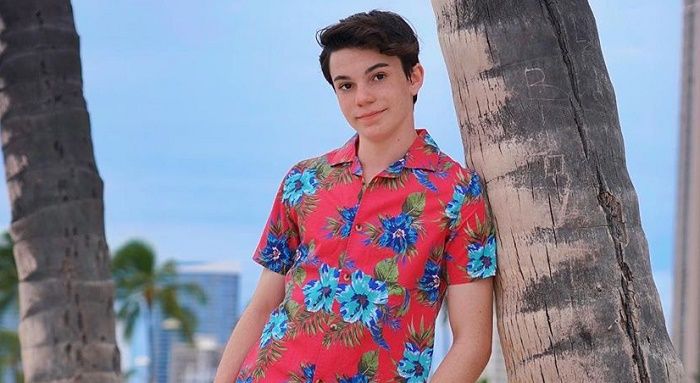 Jentzen Ramirez was born on August 8, 2006, in Austin, Texas, United States. He is of Hispanic–American descent.

He grew up with his sister, Liana. In 2014, the family moved to Los Angeles, California, to help his sister establish her career as an entertainer. Jentzen, too, followed in his sister’s footsteps soon.

Career: from Acting to Social Media

After moving to Los Angeles with his family in 2014, Jentzen Ramirez bagged a role in the film ‘Una Vida: A Fable of Music and the Mind,’ also starring Joaquim De Almeida and Sharon Lawrence, the same year.

Earlier, in 2013, he had appeared in a minor role in the series ‘Slapped!’ In 2015, he made his full-fledged TV debut with the ‘Lifetime’ movie ‘Babysitter’s Black Book,’ in which he played ‘Billy.’ He then appeared as the lead ‘Michael’ in the short film ‘Christmas Wish.’ He also appeared in the short ‘Harmony.’

Jentzen Ramirez also appeared as ‘Jeffrey’ in the 2017 short ‘The God Machine,’ as a little boy in the 2019 short ‘Thoughts and Prayers,’ and as ‘Young Jake’ in the movie ‘Sacrifice.’

His best-known performance, however, has been his portrayal of ‘Luke’ in the 2016-released short film ‘Star Wars: Generations.’ He has also been praised for his role of ‘Beau’ in the 2017-released feature film ‘The Lurking Man.’

In September 2019, he attended the ‘Golden Eagle Awards,’ where he appeared on the red carpet with his sister, Liana.

In October 2019, he stated that his best acting experience had been his portrayal of a Kree soldier in the 2019 movie ‘Captain Marvel,’ with Brie Larson, Ben Mendelsohn, and Samuel L. Jackson.

Jentzen Ramirez is also popular on social media. He launched his self-titled ‘YouTube’ channel on July 29, 2019. He has managed to gain over 251 thousand subscribers and more than 11 million views on his channel.

He receives the inspiration for his ‘YouTube’ videos from his best friend, actor and “YouTuber” Piper Rockelle. One of his recent ‘YouTube’ posts is a 24-hour challenge, titled ‘SWITCHING LIVES With My BEST FRIEND For a Day **24 HOUR CHALLENGE**,’ in which he and Piper Rockelle’s latest crush, Lev Cameron, switch lives for a day. The video was posted on January 5, 2020, and has already gained more than 380 thousand views.

His older sister, Liana K. Ramirez, is a popular dancer, actor, author, and social-media star. Not much is known about his personal life, or even about his parents or his academic background. It is also assumed that he is probably single, or that he does not wish to reveal his personal life to the media.

Jentzen as a Person

Jentzen’s favorite fast-food outlet is ‘Mighty Fine Burgers,’ located in Austin, Texas. One of his favorite videos created by him is ‘LAST to SCREAM WINS $1,000 Scary Haunted Place Challenge.’ He believes in the biblical quote “I can do all things through Christ, who strengthens me.” He is fond of the ‘Starbucks’ drink “Strawberry Refresher” and loves gorging on ice cream. He loves the color green. 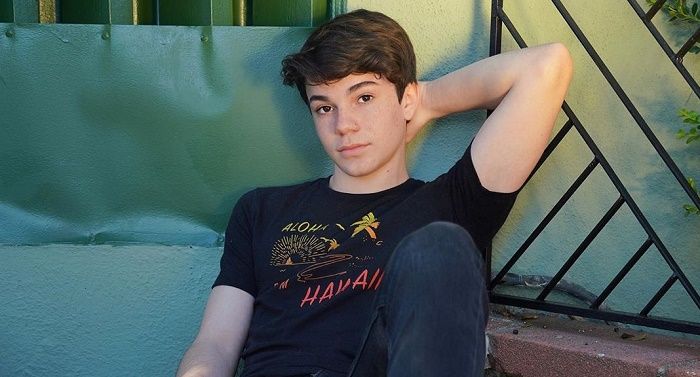 Jentzen is a huge fan of Chris Evans, primarily because he does both acting and stunts, just as Jentzen aspires to do. If Jentzen were to choose a superpower, it would be invisibility. He would love to own a ‘Lamborghini’ someday.

He hates when people interrupt him when he is talking. He is scared of not landing a backflip someday. However, he is most scared of needles.

He would prefer vacationing in a tropical country than amidst snow. He stays up late at night and hates waking up early. He is known for his trademark freckled face.

His favorite movie genres are comedy and drama. He is an avid lover of sports and is especially interested in archery, basketball, cycling, and ice skating. He is skilled in Taekwondo and has a black belt in martial arts. He is also fond of gymnastics and devotes a lot of time to photography. He also likes activities such as rock climbing, running, snorkeling, playing soccer, and swimming (freestyle).