American philanthropist and socialite Melia McEnery is better known as English singer and guitarist Eric Clapton’s second wife. Ohio-born Melia was initially interested in building a career in art. However, she later moved to California and joined the design department of ‘Armani’ as an administrative assistant. She met Eric at a party she herself organized for ‘Armani.’ They started dating, and she gave birth to their first child, a daughter, in 2001. At the baptism ceremony of their child, Eric and Melia surprised their guests by announcing their wedding. They had two more daughters later. Melia now works for Eric’s charity ‘Crossroads Centre Antigua.’ She has also been a major force in diverting Eric from his womanizing ways, alcoholism, and drug addiction. 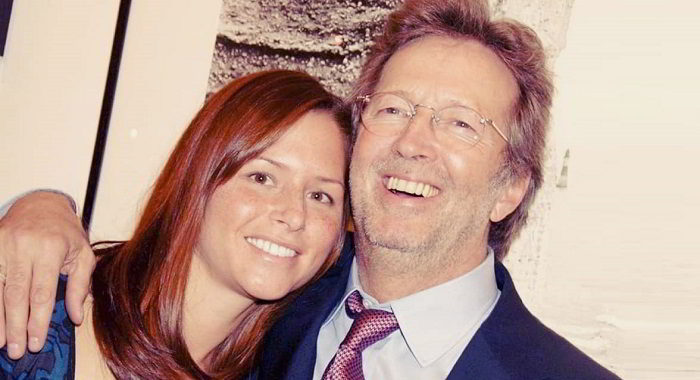 Early Life: Her Rise in the Design Industry

Melia attended the ‘Bishop Watterson High School,’ a Catholic school in Ohio. While in school, Melia was encouraged by her teachers to participate in many state-level art competitions. She won a few of them, too.

However, when Melia wanted to pursue art as a career option, her father was hesitant and apprehensive about how much she will earn in the profession. Nevertheless, Melia completed her BA degree in art and then moved to California.

Initially, Melia sustained by taking up a number of odd jobs. After 2 years, she joined the design department of the international fashion brand ‘Armani,’ as an administrative assistant. She mostly planned events and managed administrative duties there. 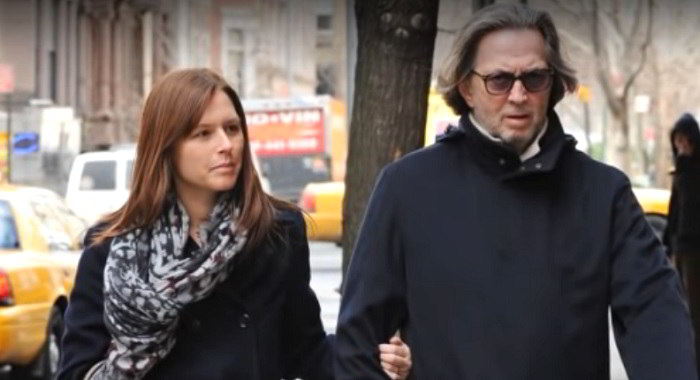 Melia McEnery met Eric Clapton back in 1998, in Los Angeles, at a party she organized for her seniors at ‘Armani.’ Apparently, Melia did not abide by the company’s instruction to not interact with the guests, and asked Eric for an autograph, saying her uncle was a big fan of his music.

Eric, then 53, later asked the then-22-year-old Melia out. They dated for a year and revealed the relationship in 1999.

Incidentally, Melia McEnery was in a long-term relationship with a coffee-shop worker named Chris Losinske before she started dating Eric. Initially, she had even told Chris that Eric and she were just friends, but she eventually left him to be with Eric.

Eric and Melia split briefly after dating for a year, as Eric’s career hampered their relationship. However, in late 2000, it was revealed that they had made up and were expecting a child. Their first child, daughter Julie Rose, was born on June 13, 2001. She was named in honor of Eric’s late grandmother. 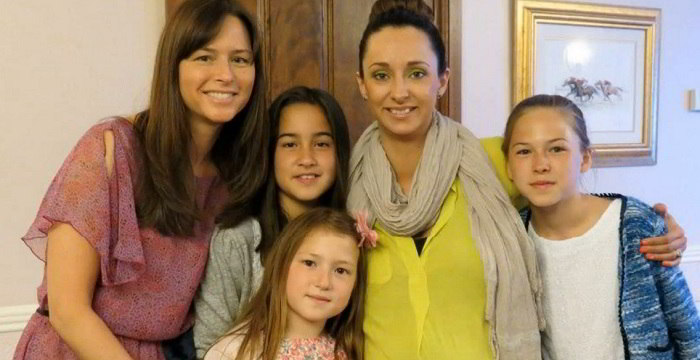 They invited their friends and family for Julie’s baptism on January 1, 2002, at the ‘Chapel of St. Mary Magdalene’ in Ripley, Surrey, which was Eric’s birthplace.

However, they surprised their guests by announcing that they were going to get married on the same day. The same ceremony also witnessed the baptism of Eric’s 16-year-old daughter Ruth Kelly Clapton, who was born in 1985, out of his relationship with ‘AIR Studios’ manager Yvonne Kelly.

Eric was earlier married to photographer and model Pattie Boyd (1979 to 1988). Eric had also fathered a son named Conor (in 1986) with Italian model Lory Del Santo. Unfortunately, Conor died at the age of 4.5 years, after falling out of from the 53rd floor of their apartment building in Manhattan in 1991. 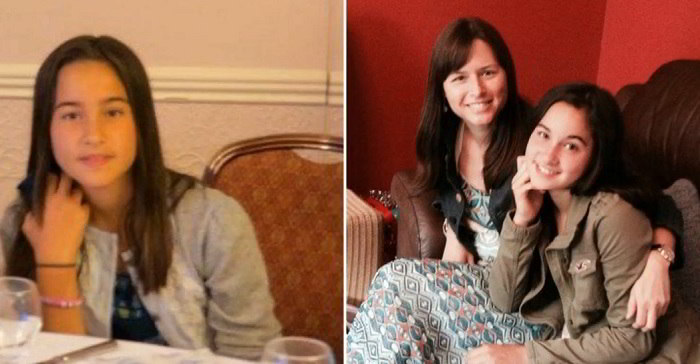 Melia McEnery now serves on the board of the charity ‘Crossroads Centre Antigua,’ as a senior clinical advisor. The organization offers rehabilitation for people suffering from alcohol and drug addiction. It was founded by Eric Clapton in 1998 and is located on a semi-private island in the West Indies. Melia is also associated with a number of other charities.

Melia McEnery as a Person

Melia McEnery has been beside Eric like a rock even when he was at his worst. She has supported him and helped him deal with his health issues. In May 2015, Eric revealed that Melia had made him stick to a diet rich in juices, kale, and other “hardcore stuff.” Melia also diverted Eric’s attention from women, alcohol, and drugs and put him on the right track.

Melia’s favorite song from Eric’s album ‘Back Home’ is ‘Run Home to Me.’ The song was inspired by a moment from their life, when they both sat on the stony beach in Bognor in winter. Eric once revealed that Melia starts crying whenever she listens to the opening of the song.

Despite the fact that Melia is 31 years younger than Eric, the age difference has not affected their relationship in any way.