Birdie Joe Danielson is an American star kid who is the eldest child of Brie Bella, a retired professional wrestler, reality television personality, and entrepreneur, and Daniel Bryan, a former WWE wrestler currently signed to All Elite Wrestling (AEW). She is also the niece of retired professional wrestler and reality TV star Nikki Bella. Her mother had documented her pregnancy with Birdie on her E! network reality television series Total Bellas, which she shares with her sister Nikki. Birdie has also made appearances on the show and on her mother’s YouTube channel following her birth. She already has an Instagram account with over 200K followers, which handled by her mother. Her mother has mentioned that she would want Birdie to be a wrestler like her in the future, but only if she wants to. 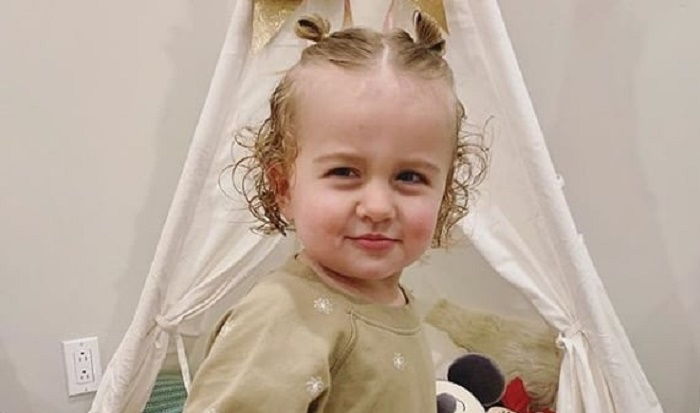 She Was Born to Professional Wresters

Birdie Joe Danielson was born on May 9, 2017 in Phoenix, Arizona, United States to Brianna Monique Danielson (née Garcia-Colace) a.k.a. Brie Bella and Bryan Lloyd Danielson a.k.a. Daniel Bryan. Her mother is a retired professional wrestler who was signed to WWE with her twin sister Nicole Garcia-Colace a.k.a. Nikki Bella as ‘The Bella Twins’. She had a long and successful career until she retired to focus on her family and children. Along with her sister, she was named the ‘WWE Divas Champion’ once and was also inducted into the ‘WWE Hall Of Fame’. Birdie’s father is also a professional wrestler who was signed to WWE from 2009 to 2021 before moving to AEW in September 2021. Her parents announced their engagement in September 2013 after dating for nearly three years and got married on April 11, 2014. The family, which now also includes her little brother Buddy Dessert Danielson, currently resides in Napa County, California.

Her Birth Was a Difficult One

On October 5, 2016, Birdie’s mother Brie announced exclusively to E! News that she and her husband were expecting their first child together. While they did not know the sex of the child at the time, they revealed to the news outlet weeks later that they were expecting a girl child in spring 2017. Her mother, who was at the time appearing with her sister on the reality television series Total Bellas, a spin-off of Total Divas, documented her pregnancy on the show. Brie appeared in the April 2017 cover story for Fit Pregnancy and Baby and mentioned that she was “preparing for a natural birth” and that “I know I can stand pain because of my career”, but added that she was “open to medical help if need be.” She was originally due on April 30, but her daughter arrived over a week late. In a YouTube video on the Bella Twins’ YouTube channel, she also revealed that they had to visit the hospital on April 5 following a “scare” incident. Despite her best efforts, she had to undergo an emergency C-section following a long 21-hour labor before Birdie was born. Her head was 14 inches at birth, making natural delivery impossible. However, the child was healthy weighing 8 pounds, 10 ounces and measuring 21 inches. 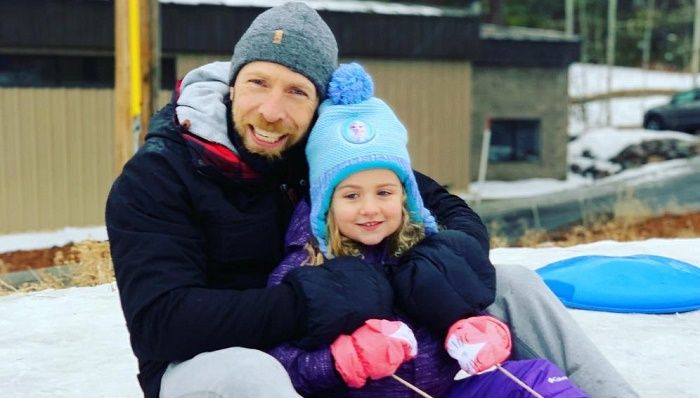 Meaning of Her Name

In her cover story on Fit Pregnancy and Baby, Brie Bella had shared the reason behind naming her daughter Birdie Joe Danielson. She revealed that “Joe, her middle name, is after my grandfather — his name was Joseph, and he meant the world to me.” She further revealed that naming their daughter with a ‘B’ initial was the idea of her husband because all his family members had B-names, and coincidentally, her own name also started with ‘B’. They, however, had a difficult time finding a girl name with B until they came across “Birdie”, which they immediately finalized. While Brie, who is of Mexican and Italian descent, originally used the surname “Garcia-Colace”, derived from combining both her parents’ surnames, her daughter retained her husband’s surname.

It Was Hard for Her to Share Attention with Brother

In a Facebook Live interview shortly after announcing that she was expecting Birdie, Brie had revealed that she and her husband hoped to have two kids: “We think two is great. You know my husband has a severe problem with population control…so two babies at the most.” However, Birdie enjoyed undivided attention from her parents, aunt, and other family members for nearly four years until her brother Buddy arrived on August 1, 2020. Interestingly, it was just a day after her aunt, Nikki Bella, also gave birth to her son Matteo Artemovich Chigvintsev with her fiancé and Russian dancer Artem Chigvintsev. Birdie’s mother Brie told her sister Nikki on their podcast, “Even though she’s obsessed with Buddy, it’s hard when it’s all about you, and then now you’re sharing it all.” She further assured that understanding the situation, her husband was spending all his “attention and energy” on their daughter, allowing her “to just give all my attention to Buddy”. She further added that he was also homeschooling her for fun as she was missing “all her fun little classes” in school due to the coronavirus pandemic. She, too, spent some quality time with her daughter each day. 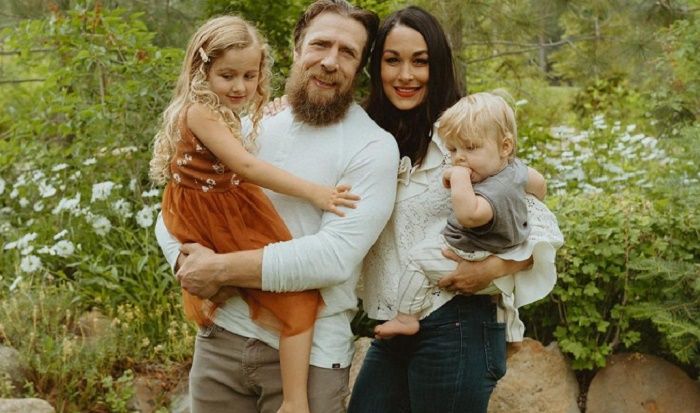 She Had a Lavish 4th Birthday Celebration

Birdie, who recently turned four, enjoyed a grand celebration organized by her parents, pictures of which her mother shared with the world through her Instagram profile on May 10, 2021. Apart from a vast range of sweet treats and a two-tiered birthday cake, they also arranged for a Princess Anna impersonator to give the birthday girl company on the special day, which included a special screening of the animated Disney movie Frozen for her and her friends. Brie, who also celebrated Mother’s Day along with her daughter’s birthday, shared a series of pictures from the event with the caption, “Today is a special Mother’s Day because I get to share it with my sweet Bird!!!! Can’t believe she is now a 4 year old!!! Happy Birthday Birdie. Thank you for making motherhood the greatest thing ever!!”