The Romani, commonly known as Roma or Gypsies, are an Indo-Aryan ethnic group, originating from northern India. Traditionally an itinerant group, the Romani left India 1,500 years ago and arrived in Europe and Mid-West Asia around 1,000 years ago. Today, majority of the Romani live in Europe and the Americas. 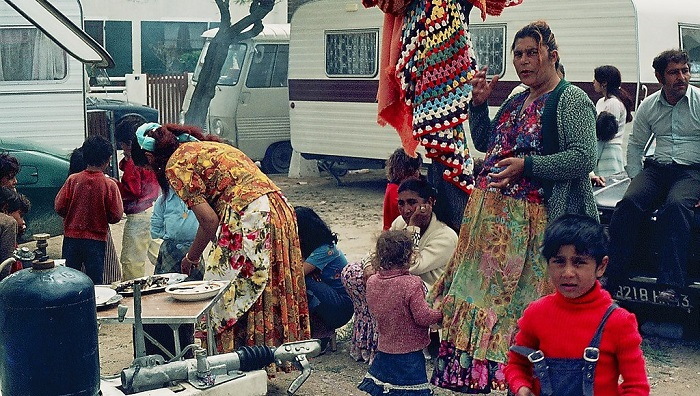 Who are the Romani People?

The Romani people originated from the present-day Indian regions of Rajasthan, Haryana, and Punjab. They left the Indian subcontinent between 6th and 11th century to work in Middle Eastern courts. During their return to the subcontinent, the Romani moved towards the west, eventually settling down in Europe. The Romanis do not identify themselves with a particular territory or tradition. They have their own set of rules and belief system that differ from those of other European cultures. They are now recognized as one of the largest minority groups in Europe.

What’s the origin and history of Romani People?

According to contemporary scholars, the earliest written reference to the Romani dates from the Byzantine era in 9th century. When the Byzantine Empire was threatened by the invasion of the Ottomans, the Romani made their way to the West. The Romani were then enslaved for 500 years until the mid-19th century. Because of their culture and practices, the Romani were often ill-treated by the Europeans. During the ‘Second World War,’ 220,000 to 500,000 of them were murdered by the Nazis. Prejudice coupled with the nomadic nature of the Romani kept them on the move. Also, the Romani never traveled as one large group, but chose to migrate in smaller groups to different parts of the world. In the early 20th century, a large number of the Romani immigrated to the United States of America and to other parts of the Americas. In 1971, the first ‘World Romani Congress’ was organized near London with the help of the Indian government and the ‘World Council of Churches.’ In 1977, ‘The International Romani Union’ was established. In 1990, ‘April 8’ was declared as the ‘International Day of the Roma’ by the fourth ‘World Romani Congress.’ 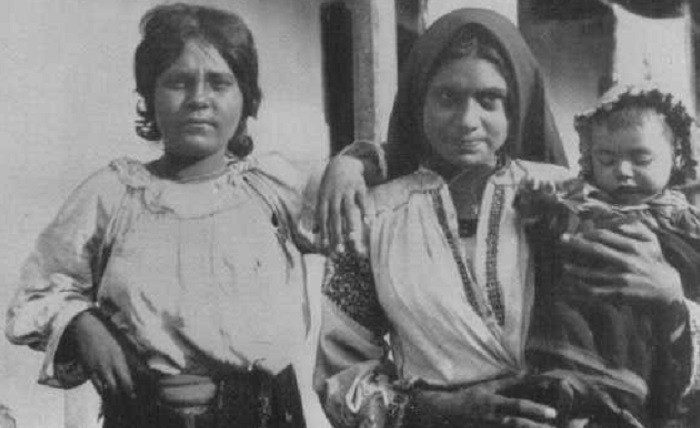 Why did the Romani People Leave India?

According to contemporary researchers and geneticists, the Romani people occupied the lowest rung on the Indian caste system. They were characterized as robbers, hangmen, murderers, and entertainers. They were also assigned society’s dirtiest jobs, as their professions were decided as per the Hindu caste system of early medieval India. They were also classified as the untouchables and were subjected to discrimination and racism. The Romani people were then promised a promotion in caste status in exchange for their participation in wars. Hence, the Romani began their first westward exodus to fight in wars. What followed was a series of expeditions in search of new land and status. 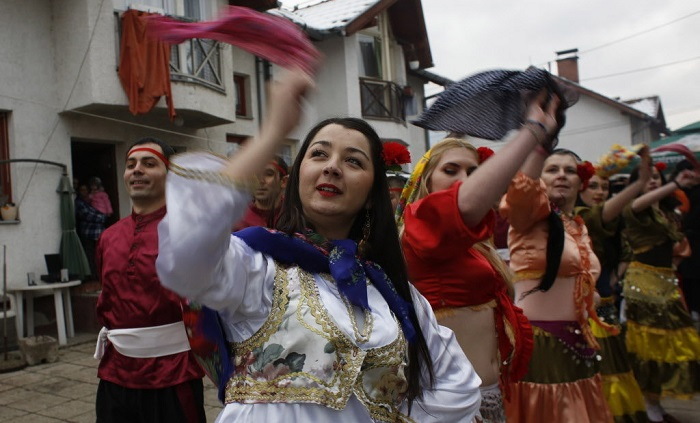 What is the religion of Romani people?

Having originated from the Indian subcontinent, the ancestors of the present-day Romani people followed Hinduism. This theory is supported by the fact that the Romani word for cross is ‘trushul,’ which is similar to the word ‘trishul’ (Lord Shiva’s trident). However, the Romani started adopting religions like Islam and Christianity based on the religions that were followed by the inhabitants of the places where the Romani chose to settle down. For instance, the Romani settling down in places like Egypt, Turkey, Albania, and Macedonia adopted Islam, while those settling down in Greece and Serbia started following Christianity. Today, most of the Romani people who follow the principles of Roman Catholicism can be found in Spain.

Who are the important deities and saints of Romanis? 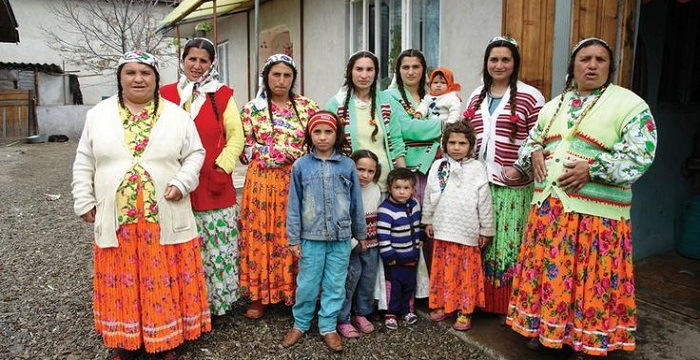 What are the important religious ceremonies and practices of Romanis?

Shaktism, a practice which originated in India thousands of years ago, is still practiced among the Romani people. Since Shaktism requires its adherents to worship a female deity, the Romani who have adopted Christianity, conduct their prayers by venerating Saint Anne or her daughter Virgin Mary. Despite adopting the dominant religions of their respective host countries, Romani people continue to adhere to their own belief systems when it comes to prominent events, such as marriages, baptism, and funeral. They practice several rituals that are believed to heal people of powerful curse and bad luck. Among these practices, the most important is the practice of restoring one’s purity. The Romani people believe that a human body can be polluted by breaking certain taboos. When these taboos are broken, then the person in question is subjected to a trial overseen by the elders of the community. At the end of the trial, the elders decide whether the subject of the trial is guilty or innocent. In case of the former, the subject must go through isolation for a period of time or in extreme cases face estrangement from the community.

Certain practices that are exclusive to the Romani people include the practices surrounding pregnant or menstruating women. Pregnant women are considered unclean, and are not allowed to give birth inside the family home. After the birth, anything that the new mother comes in contact with is later destroyed. The newborn is usually baptized in running water within just a few weeks from its birth. In the event of a death, friends and relatives gather around the deceased and ask for forgiveness for any wrong deed that they might have done to the person when he or she was alive. This is practiced without fail as the Romani believe that the dead might return as an evil spirit to seek revenge on those who had caused trouble when they were alive. Since the Romani people believe in life after death, they place things like clothing, tools, jewelry, and utensils in the coffin to help the deceased in their afterlife. 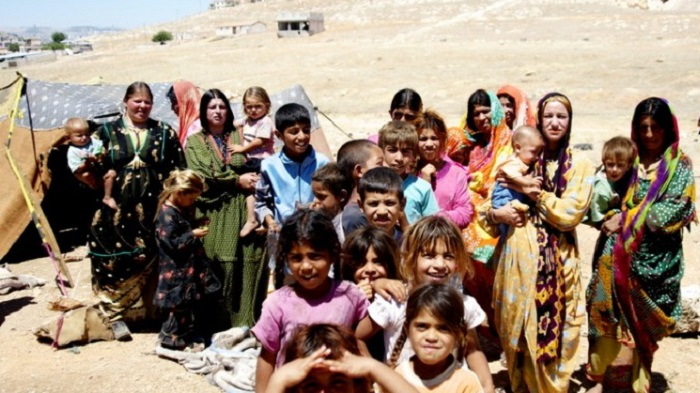 What are the different subgroups of Romani population?

The Romani people are classified based on their culture, dialect, and the territories that they chose to settle down at the end of their voyage. While there are many subgroups, there are five main branches under which the majority of the Romani people fall into. 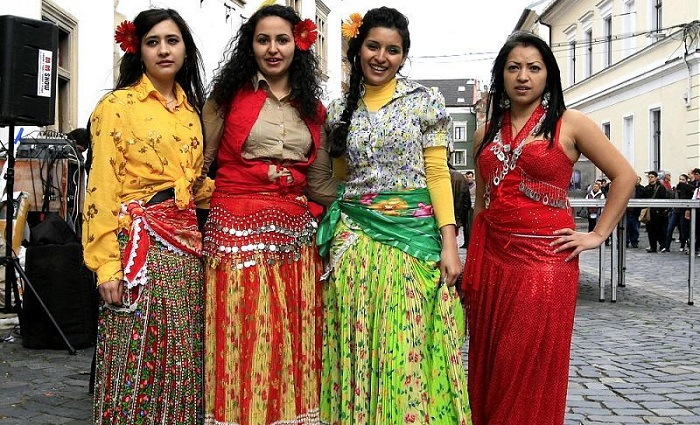 What are the salient characteristics of Romani culture?

The Romani culture has often been misunderstood for centuries because of stereotypes and prejudices. Also, the Romani people have their own set of belief system, which makes it hard for non-Romas to understand some of their practices. Some of the unique characteristics of Romani culture are based on their idea of cleanliness, purity, justice, honor, and respect. They also place great value on familial ties. Romas from different communities are not allowed to bond through marriages. The Romani people often marry during their teens and marriages are usually fixed by the elders of the community. Premarital sex is considered a taboo and those who break the taboo are subjected to harsh trials and rituals.

In some ways, the fate of the Romani people under the Nazi regime paralleled that of the Jews. The Romani were subjected to forced labor and mass murder because they were considered racially inferior by the Nazis. Tens of thousands of Romani people were murdered in places where the Nazis ruled. On November 26, 1935, a supplementary decree under Adolf Hitler classified the Romani as ‘enemies of the race-based state.’ What followed was the Romani genocide, also known as the Porajmos, which saw the merciless killing of around 500,000 Romani. 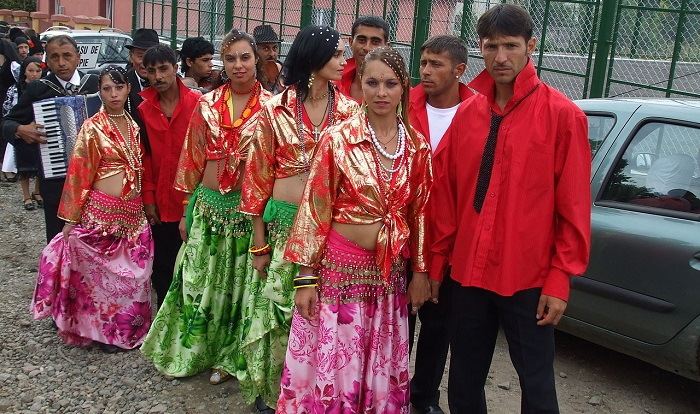 What is the difference between the Romani people and the Romanians?