Famous As:- American Comedian and Television Writer and Producer Known for His Talk Show ‘Late Night with Conan O’Brien' 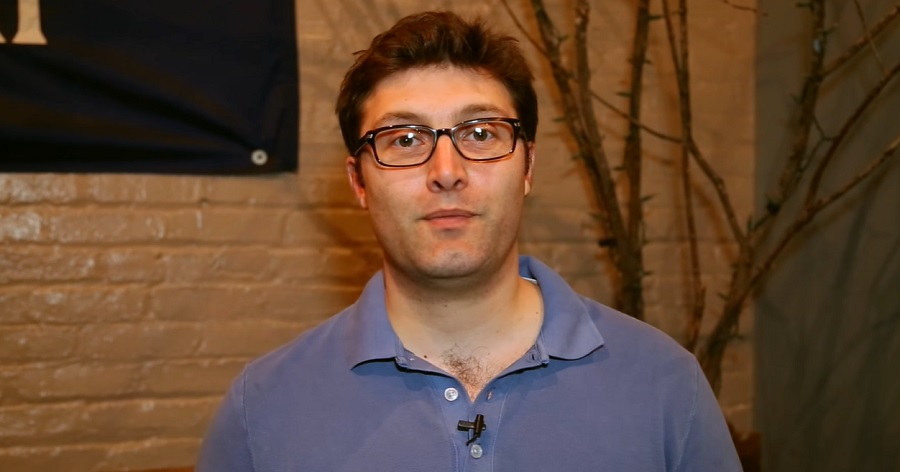 Michael Koman was born on February 2, 1977, in the U.S. He was raised in San Diego. His interest in comedy developed at an early age. Growing up, he would enthusiastically watch the Canadian sketch comedy show ‘Second City Television.’ He would also listen to the collection of classic vinyl comedy albums at the library of the ‘University of California,’ San Diego, extensively. He also visited ‘The Comedy Store’ club near his home in La Jolla quite often. While he was still attending high school, Michael garnered an after-school job at ‘The Comedy Store’ club, which led him to perform his own short stand-up sets.

While attending college in Los Angeles, Michael sometimes performed at ‘The Improv.’ He joined hands with friend and American stand-up comedian Todd Glass in writing and producing a sketch show called ‘Todd’s Coma.’ Accomplished American actor, comedian, and writer Fred Willard was featured on the show. It was staged at the ‘HBO Workspace’ (presently the ‘National Comedy Theatre’). A tape of the show was later sent to the makers of the American sketch comedy TV series ‘MADtv’ by Willard’s manager, on behalf of Michael, at a time when producers of the show were looking for young writing talent. This led Michael to commence his career in screenwriting in 1999 with ‘MADtv.’ His job included submitting sketches for the show. 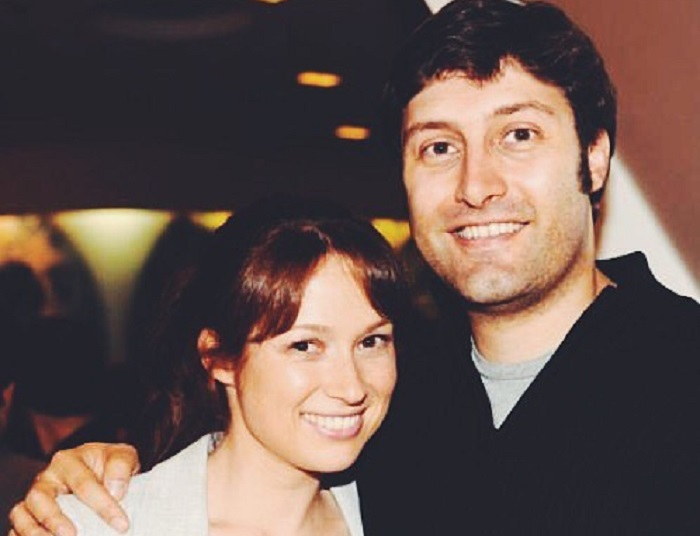 Making a Mark as a Comedian, TV Writer, and Producer

Michael’s tenure with ‘MADtv’ saw him working closely with Greg Cohen. Cohen earlier wrote for the popular American late-night talk show ‘Late Night with Conan O’Brien’ hosted by American TV host, comedian, podcaster, writer, and producer Conan O’Brien. Cohen recommended Michael for the show. This led him to get hired for writing in 2001. He worked for the show for 7 years, and his contributions included collaborating with other writers of the show, such as Brian Stack and Andrew Weinberg, and creating recurring characters and bits such as ‘The Interrupter’ and ‘Hannigan the Traveling Salesman.’ The concept behind the sketch ‘Walker, Texas Ranger Lever,’ which was often reprised, was developed by Michael. He also initiated ‘Studio 6A,’ a parody of the American comedy–drama TV series ‘Studio 60 on the Sunset Strip,’ created and mainly written by Aaron Sorkin.

Apart from this, Michael was also featured in on-air sketches while working on ‘Late Night with Conan O’Brien.’ One such sketch featured him as an accountant suggesting a nonsensical solution to the debate on gay marriage, which made it to the American media headlines in 2004. One of the other sketches, featured on May 16, 2007, showed Michael calling in sick, being confronted by Conan at his home, and finally being dragged to the studio for the live taping. The whole segment was, of course, made with the consent and willing participation of Michael. It also rekindled the ongoing romance of Michael with American actor and comedian Ellie Kemper, who was performing regularly in different sketches of the show and also working as a staff intern of a writer back then. The two also appeared in a sketch of the show together in 2007, when ‘Late Night’ featured a fake commercial pretending to claim how multifunctional the newly launched first generation of ‘Apple’s ‘iPhone’ was. He was part of the writing ensemble of the show that won an ‘Emmy Award’ in 2007 for ‘Outstanding Individual Achievement in Writing for a Variety or Music Program.’ 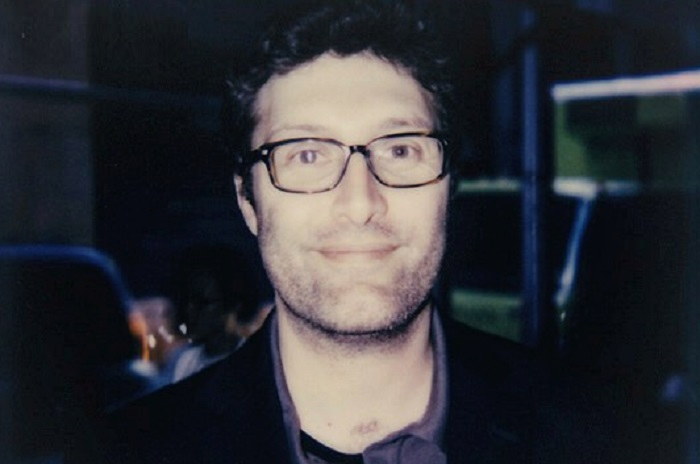 He left ‘Late Night’ in 2008, and while many of the members of the cast and crew of the show made a transition to the upcoming American late-night talk show ‘The Tonight Show with Conan O’Brien,’ Michael was not willing to relocate with them from New York City to Los Angeles. He thus accepted the offer to work as a head writer for the sketch-variety show ‘Important Things with Demetri Martin,’ starring comedian Demetri Martin. The latter remained part of the writing staff of ‘Late Night.’ In August 2008, Michael had the opportunity to write for the critically successful and award winning American late-night talk/news satire show ‘The Colbert Report.’ Thereafter, he started working on ‘Important Things with Demetri Martin’ and eventually formed a writing partnership with another writer of the show, Nathan Fielder.

Michael revived his writing partnership with Andrew. This saw the two creating the action–comedy TV series ‘Eagleheart.’ Produced by ‘Conaco,’ production company of Conan, and starring Chris Elliott, the series was aired on the American adult program block ‘Adult Swim’ from February 3, 2011, to January 16, 2014. Michael was also an executive producer of the show, along with Conan, Andrew, and others.

One of Michael’s most notable works was creating the American docu-reality comedy TV series ‘Nathan for You’ with Nathan, who also appeared on the show. Michael was also the executive producer of the show. It premiered on ‘Comedy Central’ on February 28, 2013, and ran for four seasons, till November 9, 2017. The ideas and the approaches adopted by Nathan, who played an off-kilter version of himself, in every episode of the show, were planned by its writing team headed by Nathan and Michael and later by Michael’s sister-in-law, Carrie Kemper. 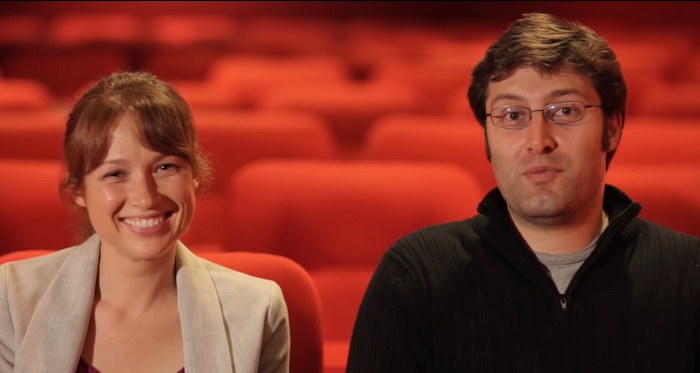 While working on the show, Michael collaborated with Robert Smigel and David Feldman to create the TV sitcom ‘The Jack and Triumph Show.’ He was also the executive producer of the show, along with Robert, David, Conan, Jack McBrayer, and Dino Stamatopoulos. The ‘Universal Television’ show premiered on ‘Adult Swim’ on February 20, 2015 and ran for seven episodes, till April 3, 2015. While Jack McBrayer starred as ‘Jack Mlicki,’ the puppet character ‘Triumph the Insult Comic Dog’ was voiced and operated by Robert. Michael was also associated with the ‘Hulu’- and ‘Funny or Die’-sponsored program ‘Triumph’s Election Watch 2016’ that was aired in February 2016 and went on to earn an ‘Emmy’ nomination for ‘Outstanding Writing for a Variety Special.’

Michael went back to New York after ‘Nathan for You’ ended. In Summer 2017, he started w