Russell Horning, or the “Backpack Kid,” shot to fame with his phenomenal 2017 performance along with Katy Perry, to her song ‘Swish Swish’ on ‘Saturday Night Live.’ His dance move on the show came to be known as “flossing” and became his trademark move later. He now carries a backpack in all his dances, thus staying true to his pseudonym. He has earned numerous event performances, commercials, and music videos. He also released his debut EP, ‘SwagPack Kid,’ in 2018. He filed a lawsuit against ‘Epic Games’ for using his signature move in their games but later dropped the charges. He is managed by his mother and is sure to be a wholesome entertainer in the years to come. 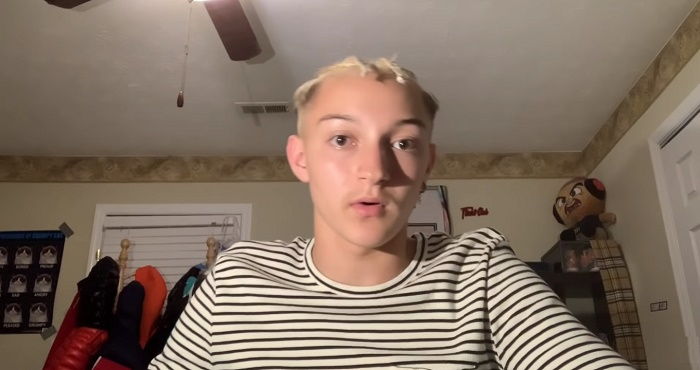 Russell Horning, better known as the “Backpack Kid,” was born on December 19, 2001, in Lawrenceville, Georgia, United States. He grew up with his younger sister, Jill. He now lives in Atlanta, Georgia. His mother, Anita Redd, is now also his manager.

He attends an online school. He used to attend regular school earlier and even played football in seventh and eighth grade.

Career: From Russell Horning to The Backpack Kid

He initially performed in a church camp in 2014 and began posting his dance clips on ‘Instagram’ later. Initially, his ‘Instagram’ username was ‘Majestic Cat Lover.’

In January 2015, an established “Instagrammer” tagged Russell in a video, leading to Russell gaining thousands of followers. Russell then started posting content as “i_got_barzz,” and one of his dance clips became viral in 2016. He also started the ‘#IGotSkillsChallenge.’

The Backpack Kid started gaining fame after Rihanna gave him a shout-out on ‘Instagram,’ in 2016. The video Rihanna shared featured Russell wearing Pikachu sweatpants and showing off some dance moves set to ‘My Friends (We Get Turnt Up)’ by Mr. Hotspot. Following this, he gained 55,000 new followers in just 2 days.

If you’re not working out like this…are you really working out? @j4ckson7

However, his big breakthrough came after he was spotted by singer Katy Perry, who found his ‘Instagram’ page as a “recommendation.”

He was subsequently invited by Perry to dance with her during her ‘Saturday Night Live’ performance of her song ‘Swish Swish’ in May 2017. His moves became an instant hit and began to be called “flossing,” due to its fast arm and hip swings that make it seem as if the dancer is using a huge invisible dental floss.

He calls the move “The Russell” and claims he had first performed it at a summer camp in June 2014. Katy Perry also included him in her music video of the same song released that year. He also made a cameo appearance in the music video for “Rolex” by Ayo & Teo.

The Backpack Kid claims he cannot really dance and just moves his body to make people laugh. Apparently, he had attended a dance class for a month but had then quit because it did not help him much.

Many footballers have also danced “The Russell” during their games. Mack Hollins of the ‘Philadelphia Eagles’ performed the move in October 2017, after scoring his career’s first touchdown pass.

True to his pseudonym, Russell carries a backpack during his dances. It consists of a full water bottle, a phone charger, earbuds, and fidget spinners. He began wearing a backpack for his dances after he saw his friend carrying a trendy backpack. It is said he traded his new shoes for his friend’s backpack and began dancing with it that day. Presently, Russell uses a backpack of the brand ‘Sprayground,’ thus also promoting it in a way.

The “Backpack Kid” on Social Media

His ‘YouTube’ channel, ‘The Backpack Kid,’ was launched on October 23, 2015. His first video was posted on November 7, 2016. He already has over 38 million views and more than 455 thousand subscribers on the platform.

Music and Other Ventures

Russell’s first original song, ‘Flossin,’ was a remix by DJ Suede The Remix God. His second track, ‘2 Litt,’ was produced by Red Drum, and its video was released on ‘YouTube’ on February 14, 2018.

Following this, Russell released his debut EP, ‘SwagPack Kid,’ on the midnight of December 19, 2018, his 17th birthday. The EP was released by the label ‘Winsome’ and contained four songs: the previously released ‘Drip on Boat,’ ‘Too Young,’ ‘Have a Nice Day,’ and ‘By Myself.’

Russell introduced his fans to his squad in a 2018 profile for ‘Vice.’ His gang consists of his friends Jaden, Jordan, Frederick, and Nyreese, who are often seen dancing in his videos. They have been friends since much before he became famous. 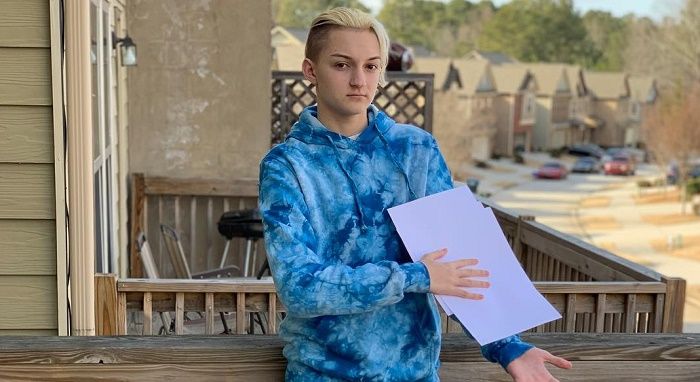 The lyric video of his latest song, ‘Balenciagas,’ featuring Smooky Margielaa, was uploaded on ‘YouTube’ on November 21, 2019, and has already gained more than 600 thousand views on the platform.

Russell has also been part of commercials and other music videos. He has also appeared on TV, most prominently in a 2018 episode of the ‘Nickelodeon’ program ‘Double Dare.’ However, he plans to bag an acting project soon and also join Hollywood in the near future.

He has collaborated with many hip-hop artists and “YouTubers,” such as Candy Reign and Blac Youngsta. He has his own website where one can buy his branded merchandise.

In December 2018, Russell filed a lawsuit against the video-game company ‘Epic Games,’ alleging that they had breached his copyright by including his trademark move, “flossing,” in their game ‘Fortnite.’

However, he dropped the case in March 2019. Counterclaims were made, challenging his claim that “flossing” was invented by him. Among them was one clip dating back to 2011 (much before Russell’s viral performance) by someone called ‘Mashed Potato Man,’ performing a rudimentary version of “flossing.” “YouTuber” Eual Kennedy had uploaded the clip later.

Russell once mistakenly uploaded and then deleted a video showing him shooting a goat in the eye with a BB gun. He later uploaded an apology video and deleted that too.

In his leisure time, Russell likes playing ‘Xbox One’ with his friends, going to sleepovers, and enjoying at the pool.

His ‘Instagram’ description states “ending racism,” which hints at his frustration at being asked why he always dances with his black friends.

His favorite song is ‘Armed and Dangerous’ by Juice WRLD. He is a big fan of rapper Lobo and footballer Mark Ingram. He is fond of the car ‘Tesla Model X.’