Markie Werox, better known as Markie, is a Dutch–American internet star. He first rose to fame with the app ‘TikTok’ (‘musical.ly’). After gaining substantial fame on ‘TikTok,’ this “crowned muser” teamed up with his brother, Cas, and formed the social-media duo named ‘Mark and Cas.’ Together, they began uploading funny lip-syncs and other videos on the platform. Markie has successfully kept all details about his personal life away from the spotlight. He is friends with many upcoming social-media stars. He is also an avid traveler and has traveled to many countries. He holds a lot of promise as an entertainer and is sure to ace the social-media rankings in the future.

Markie Werox was born on April 27, 2002, in the United States. Though not much is known about his parents, it is known that he is of Dutch descent. Some sources mention his full name as Markie Werkhoven. 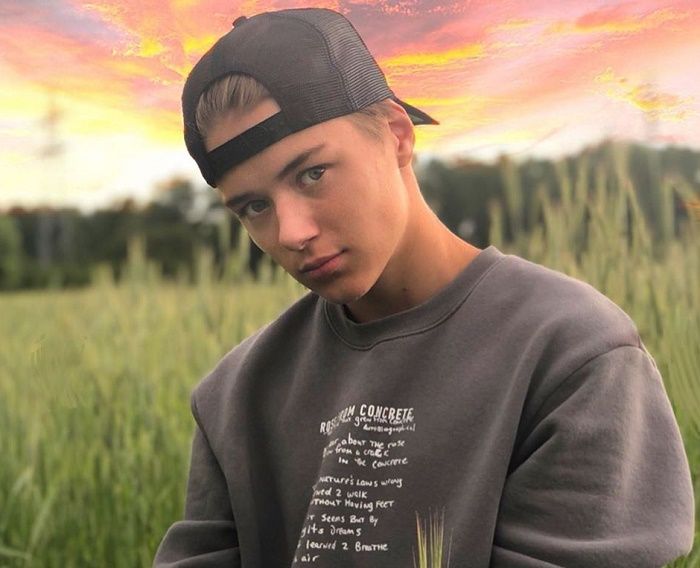 From Markie to ‘Mark and Cas’

Markie’s social-media career began with ‘TikTok.’ His gained considerable fame though his ‘TikTok’ account, “markie.ly.” His entertaining lip-sync, comedy, and dance videos made him a star on the platform within a short time. He now has more than 4 million followers and over 126 million likes on the platform. He is a “crowned muser” and is also one of the performers at ‘Boys of Summer Tour.’

After establishing a significant fan base through his individual account, Markie began posting ‘TikTok’ content as part of the duo titled ‘Mark and Cas,’ along with his older brother, Cas. Their content mainly consists of lip-sync videos. Cas began his social-media career seriously in 2018. Mark and Cas celebrated 10,000 fans on ‘TikTok’ by creating a video set to the tunes of popular pop-rock band ‘Panic! at the Disco’s track “High Hopes.”

Markie Werox is also popular on ‘Instagram.’ His first post on the platform was that of a photo of him sitting on a bench at his Dubai hotel, in May 2015. He has also posted ‘Instagram’ photos with his friend Jeremy Hutchins, who is a famed ‘Instagram’ star.

@markie.lyLadies it’s official we’re all single 🌷 #foryou #forypupage♬ The person who sent you this.. – xd_jaide

Markie launched his self-titled ‘YouTube’ channel on October 1, 2018. His first video on the channel was named “HE DESTROYED MY NEW IPHONE X.” It was posted on January 1, 2019. He has now garnered more than 678 thousand views and over 62 thousand subscribers on the platform. His videos mostly consist of pranks and vlogs.

Markie is now managed by the ‘Juice Krate Media Group.’ He has promoted brands such as ‘Call of Duty’ and ‘Monster Energy’ through his social-media posts.

Not much is known about his parents or personal life. He is part of the famous duo ‘Mark & Cas’ with his older brother, Cas Werox. They also have a sister named Carmen.

Markie has not revealed anything yet about his relationships. Thus, his fans assume he is single. However, it is certain that Markie wishes to keep his personal life away from the media spotlight.

Markie is known for his toned physique, which he flaunts in his photos on ‘Instagram.’ His favorite artists are DaBaby and Rich the Kid.

He is also fond of traveling and has visited countries such as the United Arab Emirates, Thailand, and Indonesia. His favorite city is Los Angeles.

According to him, his most embarrassing moment as a kid was when, at around 6 or 7 years of age, he had walked up to a lady thinking she was his mother and had called out “mommy,” only to realize later that the lady was someone else and not his mother.

His celebrity crush is popular singer, actor, and producer Selena Gomez. Canadian singer and actor Justin Bieber is one of his biggest inspirations.