Famous As:- Ex-wife of Jimbo Fisher

Candi Fisher is the chairperson of the non-profit organization ‘Kidz1stFund,’ a foundation that creates awareness about a rare disorder, Fanconi Anemia. She is better known as the ex-wife of the well-known football coach and former player Jimbo Fisher. Since childhood, Candi was passionate about football and opted for it as a study subject during her high school year. She met Jimbo Fisher at ‘Samford University,’ Alabama, and got married to him in 1989. Their younger son, Ethan, was diagnosed with rare, incurable blood disorder Fanconi Anemia. The couple then founded a charity organization, ‘Kidz1stFund,’ to create awareness and raise funds for research related to the disorder. After 22 years of marriage the couple separated, allegedly due to infidelity on Candi’s part. 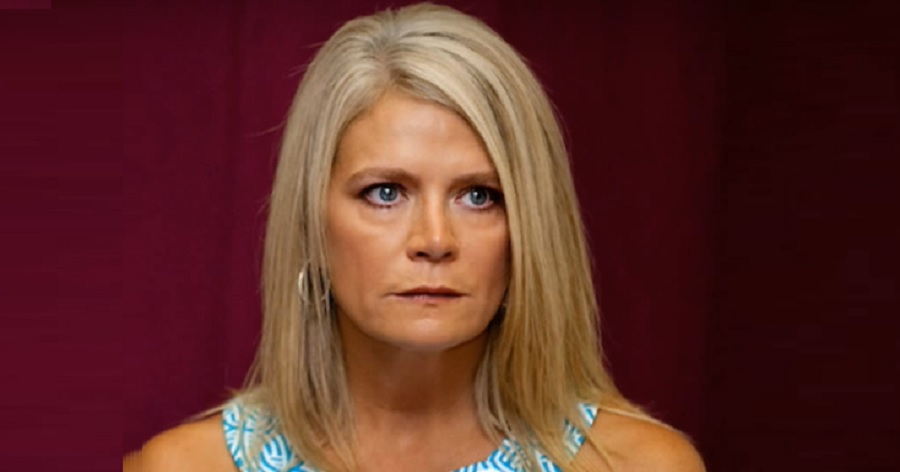 Candi Fisher was born Candace Leigh Coogler in December 1969, in Auburn, Alabama, to Franklin Coogler and Suzanne Ballard. She had two brothers, Dustin Cale Coogler and Franklin Craig Coogler, but lost the latter in an accident in 2011. Her parents divorced during her childhood, and she was raised by her mother. Later, her parents remarried after their divorce.

Candi had such a great liking for football that during her high school years in Alabama, she took football as a ‘required subject.’ After her school education, she attended ‘Samford University,’ Birmingham, Alabama. 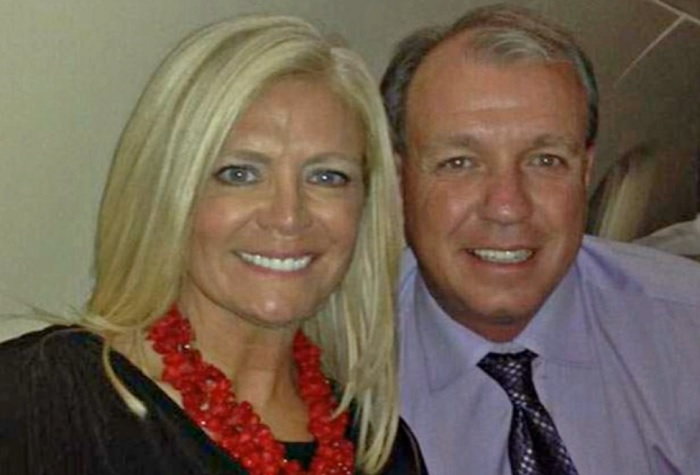 Candi met Jimbo Fisher in 1987 at ‘Samford University.’ He played as the quarterback of his university team, and the same year he was selected as ‘Division III National Player of the Year.’

After a courtship of 2 years, Candi and Fisher got married on July 22, 1989. She supported her husband and always attended his games. Her marriage to Fisher brought her to public notice as she appeared with her husband in news. The couple has two sons, Trey and Ethan. Elder son, Trey, is following his father in the game of football.

Candi taught English to students of middle and high school grades. She has also appeared on magazine covers of periodicals such as ‘Tallahassee Woman.’ 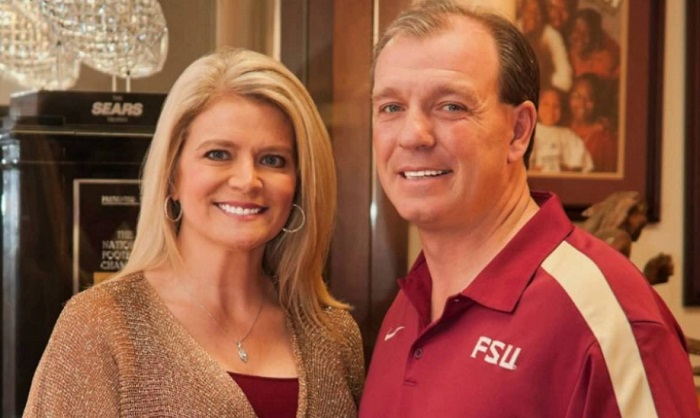 In 2010, about a month before his sixth birthday, the couple’s youngest son, Ethan, was diagnosed with ‘Fanconi Anemia.’ This rare, incurable and inherited blood disorder can cause bone marrow failure, and also leukemia and tumors, as it increases the chances of cancer.

The life expectancy of Fanconi Anemia patients is around 30 years; it has, however, increased in recent years. Realizing the need for more research for better treatment of this disorder, Candi and Jimbo Fisher established ‘Kidz1stFund.’ This non-profit organization works to spread awareness about the rare disorder as well as raise funds for research. In June 2014 they handed over funds for fanconi anemia research to the ‘University of Minnesota.’ 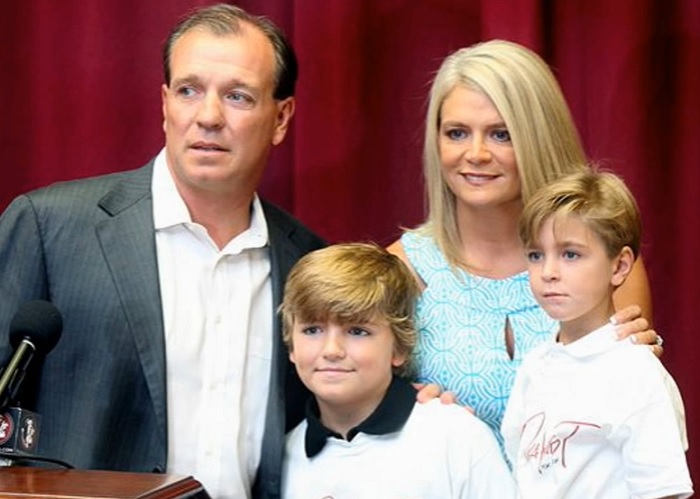 Though their son was unaware of his ailment, a 2012 College Game Day video, ‘Will to Fight,’ which brought forward the Fisher family’s health issue, spread the word. Ethan heard it from his friends and asked his parents. They explained without giving particulars about future risks. Though divorced, the parents continue to take care of him together. Ethan takes quarterly blood tests and yearly bone marrow checks at the ‘University of Minnesota Amplatz Children’s Hospital.’

Since 2011, ‘Kidz1stFund’ has raised $2million. In her role as the chairperson of the non-profit, Candi regularly organizes and participates in fund raising events.

After 22 years of marriage, the couple issued a joint statement on June 11, 2015, announcing their mutual decision to separate. 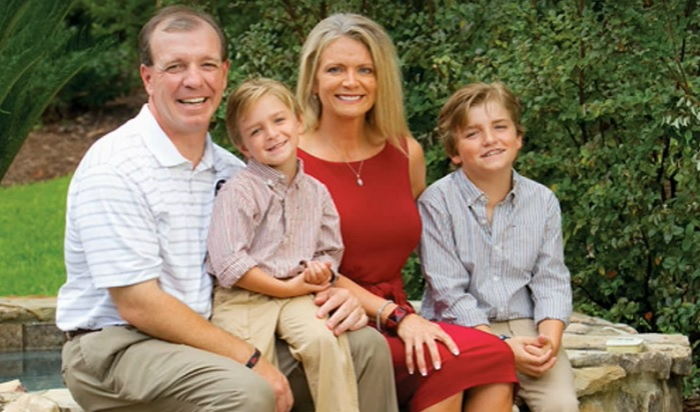 According to the divorce papers, Candi Fisher appointed a divorce attorney in October 2014, and moved out of Fisher’s home in April 2015. On July 31, 2015, Jimbo Fisher filed for divorce. The petition mentioned that they had no chance of reconciliation and had separated since May 2015.

Candi faced accusations of infidelity and involvement in extramarital affairs. The names of former football player Taylor Jacobs and former FSU tennis player Owen Long were mentioned during the divorce proceedings. The case moved very swiftly. She was asked to produce details of her communications with the said two persons, but the case was finalized before that. They were divorced on December 10, 2015. She received $3.4 million in alimony and $4,500 per month for child support. 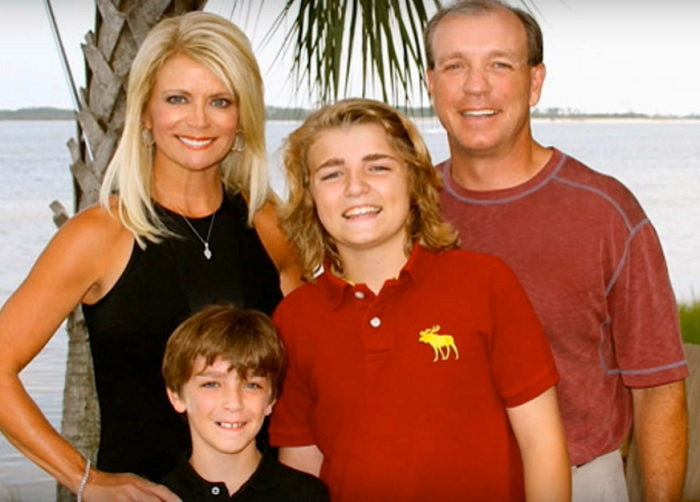 With his $75 million/annum – 10 years contract with ‘Texas A&M Aggies,’ Jimbo is considered as one of the highest paid college coaches. However, because of the divorce allegations, she lost out on the alimony negotiations.

Candi was approached by an FSU student, Shannon O’Neil, with a request to review parts of her novel ‘Killer Shine.’ O’Neil’s novel was about a mother whose child suffered from fanconi anemia, and she requested Candi to check her description of the disorder. Candi helped with the related parts, and also wrote an introduction to O’Neil’s novel.