Famous As:- Husband of Pete Buttigieg

Chasten Glezman is an American teacher, writer and LGBTQ rights advocate who is the husband of Pete Buttigieg, former mayor of South Bend, Indiana who is the current U.S. secretary of transportation. He taught humanities and drama at the Montessori Academy in Mishawaka, Indiana. He was the first gentleman of South Bend from June 16, 2018 to January 1, 2020, and subsequently served as a campaign spokesperson, advisor and social media campaigner for his husband’s 2020 U.S. presidential campaign. He gained popularity on social media during this period and often uses such platforms to uplift others. 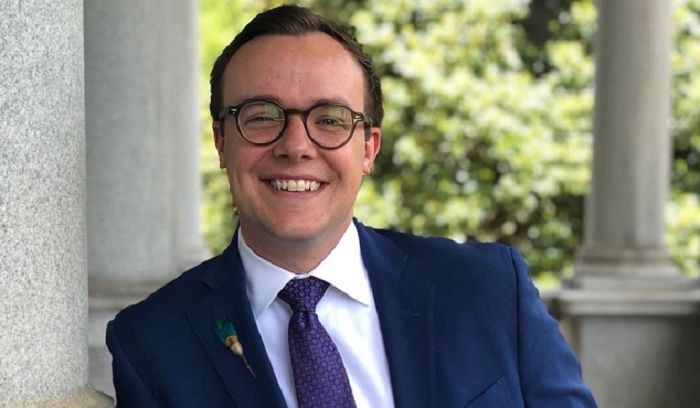 He Is the First Graduate in His Family

Chasten James Glezman was born on June 23, 1989 in Traverse City, Michigan, United States into the working-class family of Sherri and Terry Glezman. His mother was a nursing assistant, while his father had a landscaping business. He is the youngest of his parents’ three sons and has brothers Rhyan and Dustin. He attended Traverse City West Senior High School and before his graduation in 2007, spent his senior year as an exchange student in Germany. He was the first in his family to go to college when he joined Northwestern Michigan College, but he eventually left two years later thinking there was no space for him because of his sexual orientation. He then went to the University of Wisconsin–Eau Claire and graduated from there with a bachelor’s degree in theater and global studies in 2011. He was unaware about the trap of student loans and had acquired $70,000 in debt in college. 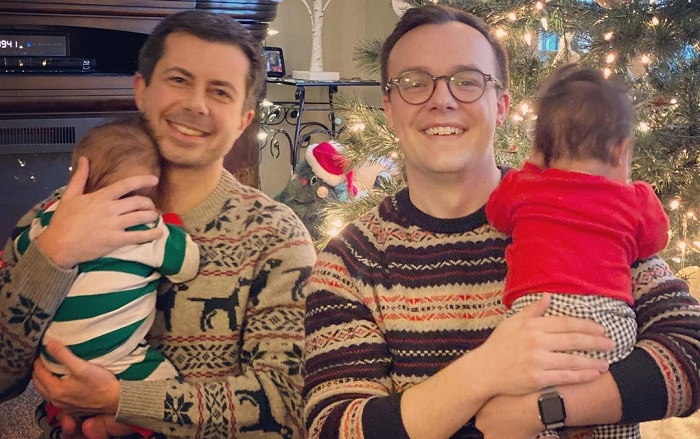 He Is a Former Teacher

Even before finishing his degree, Chasten Glezman had to move from job to job to support himself. Following graduation, he began working as a Teaching Artist for First Stage Academy in Milwaukee, Wisconsin in January 2012. During this period, he worked part-time at Starbucks to get health care because his job did not come with benefits. Later in 2017, he completed his Master of Education degree from DePaul University in Chicago and applied for his AMS/MACTE certificate from Xavier University. In autumn that year, he joined the Montessori Academy in Mishawaka, Indiana as a junior high humanities teacher. There, he also taught theater and ran a diversity club. In January 2019, he joined the Civic Education Team of the South Bend Civic Theatre as the Director of Curriculum. However, he took leave of absence from his job in 2019 to support his husband’s 2020 presidential campaign. Chasten, who was a Harvard Institute of Politics Fellow for the fall 2020 virtual semester, has mentioned that he is eager to return to teaching once the pandemic is over. 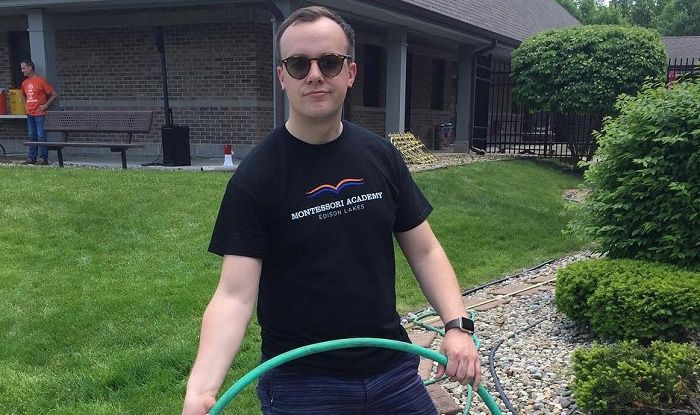 He Had a Difficult Coming out Experience

From an early age, Chasten Glezman knew that he was different, even though he was not sure why. While his athletic brothers went hunting and worked on trucks with their father, he loved shopping, going to movies and working around the house with their mother. He eventually realized that he was attracted to men, but could not open up about his sexuality as he knew no openly gay person in his school of 1500. Nevertheless, he was often bullied and subjected to homophobic slurs in school.

He first talked about his sexually to fellow students in the exchange program and felt equally terrified and liberated to identify as gay. He finally came out after graduation, first to his friends, some of whom were okay with it, while others told him to change his mind, “Like it was a choice”. He told his Roman Catholic family the last, that too via a letter, following which his mother, crying, had asked him if he was sick. He subsequently felt uncomfortable at the tense atmosphere at home and decided to leave. Incidentally, shortly after coming out, he was sexually assaulted by an acquaintance at a house party. He spent the next couple months shifting between his friends’ apartments or in his car in the parking lot of his community college. When one day he received a call from his mother asking, “Will you come home?”, he immediately went back and reconciled with his parents. 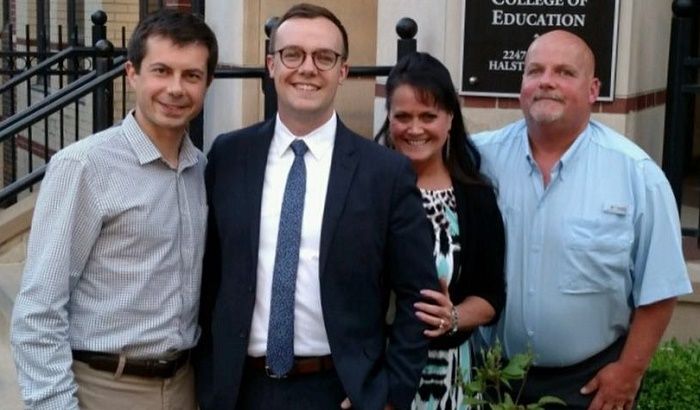 He Met Pete Buttigieg on a Dating App

Chasten Glezman was matched with Pete Buttigieg, the then-mayor of South Bend, Indiana, on the dating app Hinge in summer 2015, following which they began chatting over FaceTime. The two met in person in August that year when Chasten offered to visit South Bend on his way to see a friend in Michigan. They spent time at an Irish pub before attending a minor league baseball game. Chasten was impressed that “Mayor Pete” “was the exact same man” in private and in public. In December 2017, Pete proposed to him at gate B5 of Chicago’s O’Hare airport, where Chasten was when he first noticed his dating profile. The two got married on June 16, 2018, at the Episcopal Cathedral of St. James in South Bend. Chasten’s parents proudly walked him down the aisle at his wedding. The couple announced on Twitter on August 17, 2021 that they were in the process of becoming parents. On September 4th, they shared a picture of them holding their newborn twins and wrote, “We are delighted to welcome Penelope Rose and Joseph August Buttigieg to our family.” 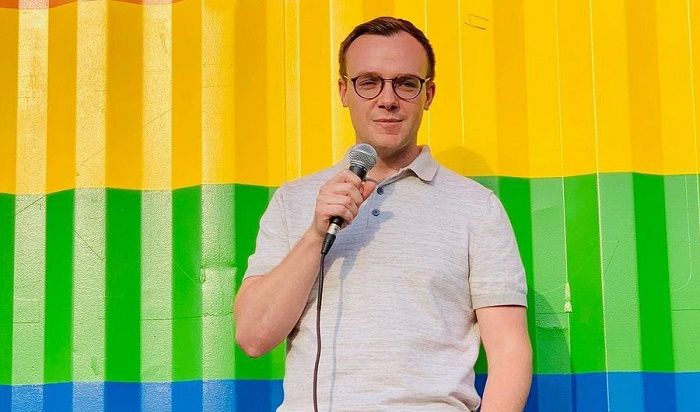 He Is a Bestselling Author

Chasten Glezman published his memoir, I Have Something to Tell You, on September 1, 2020. In the book, he opened up about his experience of growing up closeted in a conservative Midwestern family and included topics like “sexual assault, homelessness, estrangement from his family of origin and bullying”. He also shared details about his relationship with Pete and his role on his US presidential campaign. Following the release, he was praised for his refreshingly candid writing, as well as his sense of humor despite the grave subject matter of his memoir. The book debuted at number 12 on The New York Times Best Seller list for hardcover non-fiction and was nominated for “Best Memoir & Autobiography” in GoodReads Choice Awards.