Melody Nafari is a Canadian TikToker who is known for posting lip-sync videos. She has garnered over 5.7 million likes on the platform. She joined TikTok at the age of 13 and earned 200k fans before she turned 14. Her quick growth on the platform was in part due to cameo by celebrities she met in her hometown of Toronto, like actor Finn Wolfhard and TikToker turned pop singer Baby Ariel. She has also collaborated on several duet videos with immensely popular TikTok star Charli D’Amelio. However, she seems to have taken a hiatus from the platform as her bio now reads “maybe ill come back idk” (sic) 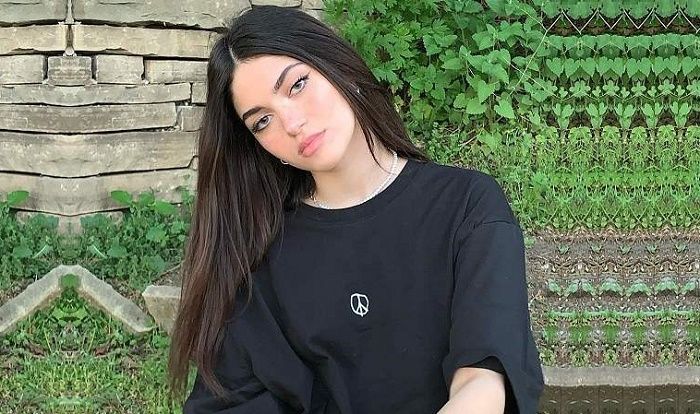 She Started TikTok with a Bang

Melody Nafari joined the short video sharing platform TikTok in March 2019 and quickly attracted the attention of a large number of fans with her first post on the platform, which was a video featuring popular television and film actor Finn Wolfhard. In the video, she conducted a short interview of Finn Wolfhard, which kick-started her social media career by earning her a sizable fan base. Interestingly, a section of her fans even thought that the two were dating, which she later reminded her fans of in another post on the platform. Another time, she met well-known social media influencer and singer Baby Ariel on the street of Toronto and made a video about it. She continued to post lip-syncing videos on TikTok and collaborated with other artists on the platform, particularly Charli D’Amelio, who is currently the most followed creator on the app. She has uploaded a series of duets featuring the talented dancer which helped her expand her audience.

She Was Accused of Lying about Her Age

Despite the fact that Melody Nafari has not been involved in the usual controversies like many other starlets on the internet, she has struggled with accusations of trying to reduce her age by her detractors. In one video posted a year ago, she expressed her frustration over people thinking that she lied about her age stating “being born in 2006 isn’t fun”. However, another time she had to remind her fans her birth date after some though that she had just turned 13 instead of 14.

She Featured Her Mother on TikTok

While not much is known about her family background, she has featured her mother in several of her videos, including one throwback picture with her with the caption “make my mom famous”.

She Is An Avid Supporter of Toronto Raptors

Nafari is a huge fan of the Canadian professional basketball team, the Toronto Raptors, and has posted in support of her favorite team in the past. After the Raptors won their first NBA championship in 2019, she posted a video of people running around the streets of Toronto.