Max Dressler is an American social media star who is best known for his funny sketches, reactions, POV videos, and dance and lip-sync videos on his TikTok profile @maxdressler with over 4.4 million fans. He quickly rose to fame over a month’s period in December 2019, but slowed down his content output in the following months. Even though he was active on Instagram before joining TikTok, he has only made a couple dozen posts there and has 291k followers. He later joined YouTube but has not been active on his eponymous channel. He, however, is active on his Twitch channel where he livestreams playing games like Minecraft and Fortnite. 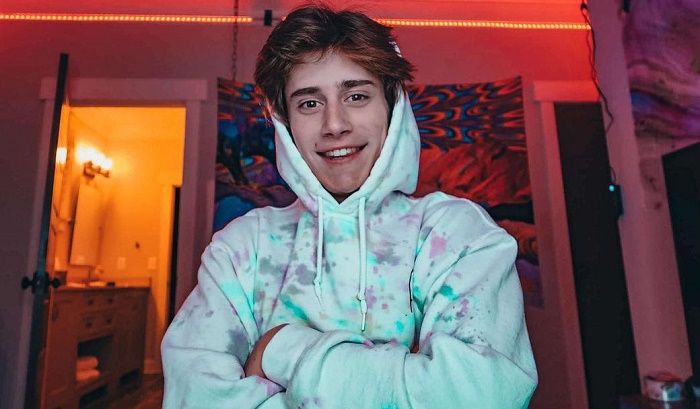 Max Dressler, who had a smartphone since he was a teenager, began using Instagram in 2016, even though he was not very active on the platform. During the summer break of 2019, he was told by his friends to join TikTok, but he did not immediately see the appeal and delayed joining until a month later when he finally decided to give it a try. He created his TikTok profile in July 2019 and posted the usual stuff like other people of his age. Be it his good looks or sheer luck, a video he posted in September of him showing off his tongue went viral and earned him about 800k likes, skyrocketing his fame on the platform.

He Earned Three Million Fans in a Month

It was, however, during the winter break in December that Max truly cemented his place as a TikTok star. He posted two videos on December 13, 2019: one of him at 46 reacting to his son’s talent show and another of him sarcastically enacting a playground argument. Both the videos went viral on TikTok and earned him millions of views and likes alike within a short period of time. According to him, for about a month, he continued to receive about a thousand new fans each day, taking him well over three million mark within a month’s time. During this period, he continued to post about 8 to 10 videos every day. He eventually ran out of ideas and slowed down, but he still boasts of 4.4 million fans with 260million likes on his videos. 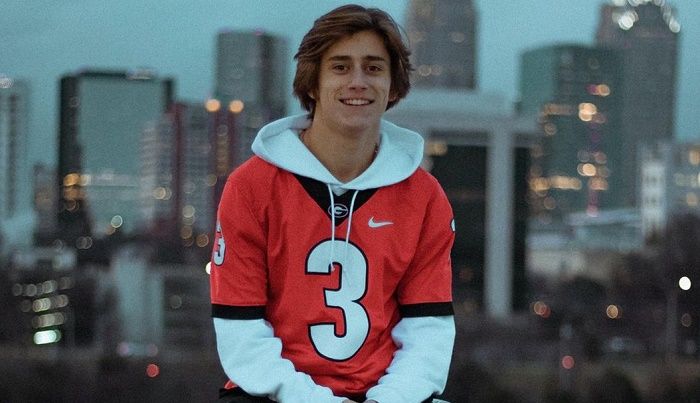 Max Dressler was born on April 16, 2002 in Charlotte, North Carolina, United States to Jon and Kim Dressler. His parents are the owners of Rare Roots Hospitality, which runs four restaurants in the Carolinas: Dressler’s, Dogwood Southern Table, The Porter’s House, and Fin & Fino. Max is a student at The Fletcher School in Matthews and is scheduled to graduate in 2021. He likes to play soccer or flag football with his friends during his spare time. Based on one of his Instagram posts, he has a sister named Ally Dressler.

He Set up His Business Model before Turning 18

Within a week during December 2019, Max Dressler earned about $2500 off his TikTok videos and realized that by being on social media only for a few hours each day, he could potentially make quick money. Most of the money was coming from donations or “perks” like a follow-back. Son of an established businessman, he took little time to set up a business model, and was assisted by his father who helped him incorporate and get a tax ID. He also got a local branding agency to make a logo for his business, a geometric rabbit derived from his family nickname “rabbit”. However, the then-17-year-old encountered a roadblock when TikTok changed its policy to prevent those under 18 from collecting monetary rewards. Fortunately, he soon started receiving generous offers from random people for featuring their audio track on his videos. Furthermore, he launched his own merchandise, including hoodies, which sold like hotcakes and brought $45 each.

Max is a friend of Alexis, the daughter of billionaire entrepreneur and television personality Mark Cuban, who owns the Dallas Mavericks team of NBA and is a longtime main investor on the reality series Shark Tank. Alexis made a video with her father wearing Max’s hoodie with the catchphrase “CEO of I didn’t ask” (derived from a fan comment because he repeated “I didn’t ask” in many of his videos) as the two of them danced together. Max, who was pleasantly surprised, reflected that “I didn’t think I would ever meet Mark Cuban through TikTok.”

His Father Fined Him $120 for a Top Viral Video

Max had a chair hanging from the ceiling in his room, and after the chair was removed, he often used the hanging chain as a prop for his videos, like pretending to scale the wall as if rock climbing. One fateful day, as he hurriedly hung from the chain and approached the wall, his foot pierced straight through the drywall and made a hole to the bathroom on the other side. Max, bewildered for a moment, was more worried about how much of what happened was caught on camera, but his father, who later had the hole patched up, charged him $120 for the damage. However, it was well worth the fine for Max, who got another viral video that surpassed 6 million views in no time. 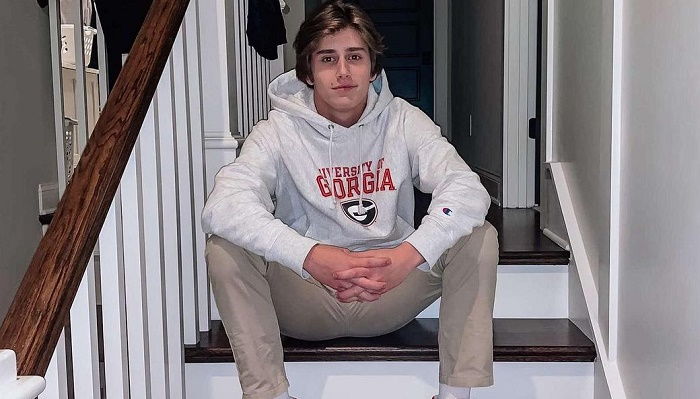 At the peak of his TikTok fame, Max Dressler joined YouTube in late April 2020 and started his YouTube journey with a Q&A video on May 8, 2020. While answering fan questions, he stated that he wanted to upload a variety of content including vlogs, challenges, and generally videos of him doing “fun things” with his friends. He, however, only posted a couple more videos six months later, both are highlights of his Twitch stream of playing video games. It has been reported that he quit TikTok to focus on YouTube and Twitch, and while he does promote his Twitch profile on all his other social media, he is still most popular on TikTok.