Savannah Chrisley is an American reality television star, social media influencer and entrepreneur who is the daughter of real estate tycoon Todd Chrisley, well-known for his USA Network reality series Chrisley Knows Best. She began appearing on the show with her family members as a teenager and later starred alongside her brother Chase on their own reality series, Growing Up Chrisley. She is also an aspiring entrepreneur who took her real estate exam in December 2020 and has her own merchandise, including cosmetics brand “Sassy by Savannah”, and clothing lines “Faith Over Fear” and “CloudNine”. 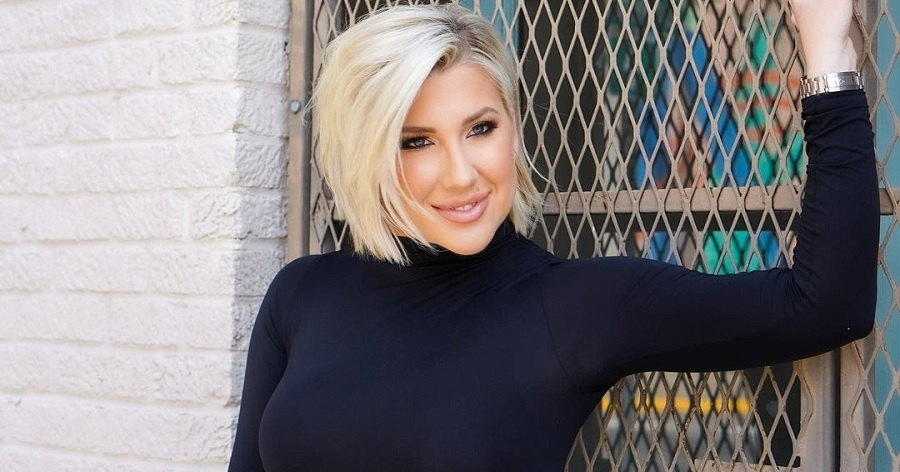 She Was Born to a Millionaire

Savannah Faith Chrisley was born on August 11, 1997, in Atlanta, Georgia, United States to Michael Todd Chrisley and Julie Chrisley. Her father is a self-made millionaire who earned his fortune in real estate before becoming a reality television star and a producer. Savannah, who is the fourth of Todd’s five children, was born to his second wife Julie like her older brother Chase and younger brother Grayson. She also has an older half-sister, Lindsie, and an older half-brother, Kyle, from her father’s first marriage to Teresa Terry, who divorced him in 1996 claiming physical and verbal abuse throughout their relationship, which Todd denied. Her father told OK! magazine that “Savannah is extremely academic”. She initially attended Lipscomb University before transferring to Belmont University and completing her graduation.

She Has Her Own Reality Series

Savannah was only 16 years old when she began appearing in her father’s reality television series Chrisley Knows Best on the USA Network in March 2014. The show features her parents, her siblings, her paternal grandmother, as well as her step-brother Kyle’s daughter Chloe. The early couple seasons of the series heavily focused on Savannah’s participation in beauty pageant contests like Miss Teen USA and Miss Tennessee Teen, the latter of which she also won. The show became very popular and has been renewed for a ninth season in March 2021. Savannah and Chase, who are only 14 months apart, are close friends and confidants who have their own spin-off reality television series titled Growing Up Chrisley. The series premiered on April 2, 2019 and has been running successfully for three seasons. Furthermore, she has appeared on several talk shows with her family members and also has an acting credit for the TV movie Sharknado 4: The 4th Awakens, produced by her father.

She Has Courted Controversy for Inappropriate Outfits

Savannah Chrisley, whose mother is the daughter of a Baptist minister, has been raised as a devout Christian under the highly protective eyes of her father who keeps under tight scrutiny everything about his daughter, from her choice of clothes to boyfriends. Todd mentioned spending over $300,000 a year on his family’s clothing on the condition that he approves “every piece of clothing that our children wear.” Nevertheless, that did not stop Savannah from showing her rebellious side once in a while, and she even tricked her father into buying her bold outfits during their shopping trips. Some clothes she wore during a runway show earned scathing remarks from her father who exclaimed “You could see everything that she had in that dress”. He also disapproved of some of her pageant dresses, while she felt that competing in pageants helped her overcome shyness and acquire a personality. Savannah, who now has an Instagram account with 2.3 million followers, has often surprised her fans sharing bikini-clad snaps. She was even called a hypocrite by fans for wearing sheer dresses at “E!’s Countdown to the Red Carpet: The 2017 Academy Awards” and at the “2017 ACM Awards” because she had previously posted that women should avoid wearing dresses “that leave little to the imagination”. While she usually ignores such comments, when some fans expressed concern over her wearing a chain with what seemed like an inverted cross, often associated with Satanism, she was quick to respond that the “jeweler messed up” the accessory and that it was fixed. 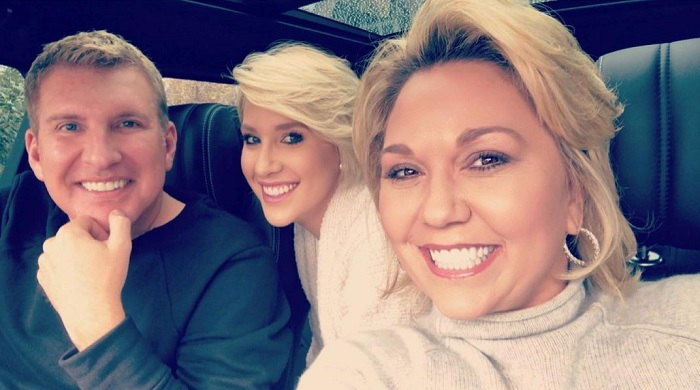 She Patched Up with Nic Kerdiles after Breaking Engagement

Even though Savannah Chrisley’s father once claimed that her daughter would not be dating any man, she has been involved in several relationships in the past. One of her first attempts was with a friend of her brother Chase, but it did not go very far. She dated country singer Blaire Hanks in 2015, which prompted her father to run a background check on her boyfriend and track her using her GPS location. After splitting from him, she dated basketball player Luke Kennard for a few months in 2017. In 2018, she began dating hockey player Nic Kerdiles, to whom she got engaged on December 24, 2018. However, the news was kept secret until April 2019. Unfortunately, she revealed to her father on his “Chrisley Confessions” podcast in June 2020 that she and Nic had called off their engagement, “We both realized that things moved way too fast and we needed to go back to dating”. Thankfully, she recently announced that she and her ex-fiancé were “still trying to figure things out”. 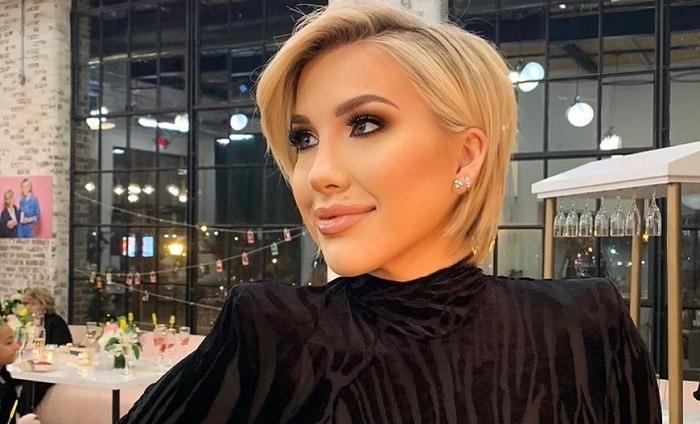 Savannah opened up on Instagram on August 17, 2020 to reveal to her fans that she was diagnosed with endometriosis when she was 18 years old and that the struggle has taken a toll on her physical and emotional wellbeing. She also revealed that she had undergone two surgeries already and was scheduled for a third one soon. She later updated her followers after going through a major surgery to remove a “huge cyst”, adding that the doctors found and removed “endo in/on my uterus, ovaries, bladder, and surrounding areas”. In November 2020, she told People that she was considering freezing her eggs due to her ongoing struggles with endometriosis. She revealed that she always wanted to be a mother and feels blessed that “there are these options out here” and that she had “the financial means to do so”.