Kairi Cosentino is an American ‘Tiktok’ star of Asian descent. He was born and raised in New Jersey. He is a skilled football player who plays for his high school football team as well as a local football club. Kairi is best known for his lip-sync, dance, and comedy videos on ‘TikTok.’ Along with fellow ‘Tiktok’ stars Alejandro Rosario, Alvaro Romero, Mattia Polibio, and Roshaun Diah, Kairi is part of the social-media group known as ‘The Lollipop Boys.’ His lean frame, superb dance skills, and “boy next door” looks have made him immensely popular with teenage girls. He has also managed to keep all the details about his family and personal life away from the media. Though Kairi has just started his social-media career, he holds enough promise and is sure to become a successful entertainer in the years to come.

Kairi Cosentino was born on February 8, 2003, in New Jersey, United States. Not much is known about his parents. He is a student at the ‘Passaic Valley Regional High School’ in Little Falls, New Jersey. He is set to graduate in 2021.

He is believed to be of Wasian descent, meaning he is half-White and half-Asian, and thus of mixed ethnicity. He is also known by his nickname, “Kai.” 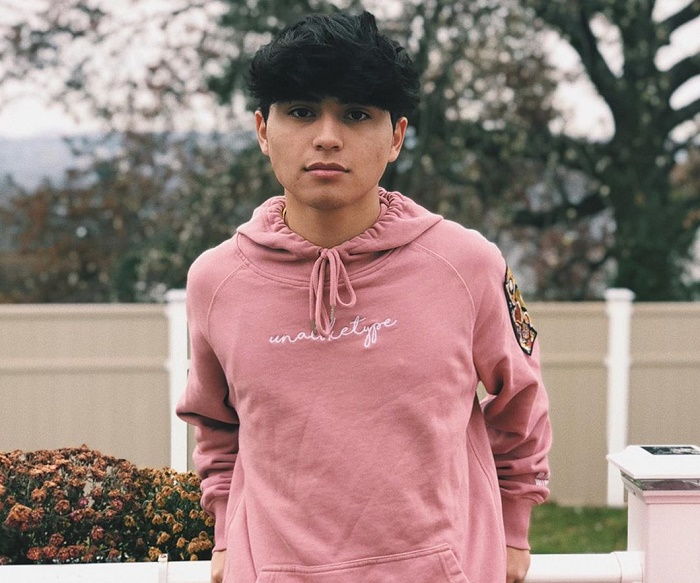 Kairi is an avid football player and plays for his high school and for the ‘Match Fit Academy Football Club,’ which is part of the ‘Boys Elite Clubs National League’ (ECNL), based in Mercer County, New Jersey. He wears jersey number 24 and plays in the “forward” position.

Social Media and ‘The Lollipop Boys’

Kairi Cosentino began his social-media career by posting clips on the platform ‘TikTok’ (earlier known as ‘musical.ly’). He usually posts videos on dance, comedy, and lip syncs. Over the years, his ‘Tiktok’ account, named “kairi,” has managed to gain over 1 million followers and 50 million likes.

Kairi is a member of the social-media team known as ‘The Lollipop Boys.’ Together, the members of this online team post funny dance videos and other entertaining content on ‘TikTok’ and other social-media platforms.

Apart from Kairi, the group consists of social-media stars Alejandro Rosario, Alvaro Romero, Mattia Polibio, and Roshaun Diah. Kairi Cosentino does not only collaborate with them but is also good friends with all of them. They had apparently become friends through their soccer practice sessions in school.

Kairi Cosentino is especially close to Alejandro. Alejandro has confessed in a ‘YouTube’ video that when he had met Kairi for the first time, he had thought Kairi was Spanish. However, Alejandro soon came to known that Kairi was actually of Japanese descent. Another member of their team, Roshaun, is from Florida but has a thick Jamaican accent. Their common friend, Mike is also the manager of the group.

Most of Kairi’s fans know him for his appearance in fellow ‘Tiktok’ star Mattia Polibio’s “lollipop video,” which showed them sharing a lollipop with each other. Some of Kairi’s school football videos can be found on ‘YouTube.’

Kairi is especially known for his split-screen duet video that featured ‘Tiktok’ star Yousif Sabbah, better known as “Yewsif.” Yewsif is fairly new to social media and started his ‘Tiktok’ journey in January 2019.

Kairi is also popular on the photo-sharing app ‘Instagram.’ His account on the platform, named “kairi.cosentino,” has managed to earn more than 400 thousand followers, with just 14 posts.

Though he is a popular social-media star, not much is known about his personal life. No details about his current or past girlfriends have been found online. This could mean that Kairi is probably single, or that he likes to keep his personal life away from the limelight.

He is just 5’4” tall, but his ability to dance to any track on ‘TikTok’ has made him immensely popular with his fans. Kairi is also known for his high-pitched laughter, which has made him a favorite with teenage girls.

He loves watching movies and going out with his friends, like any teenager of his age. He also enjoys eating pizza and cheeseburgers.