American professional race-car driver, reality TV personality, and dog-hotel owner Burt Jenner is the eldest child of ‘Olympic’ decathlon gold-medal-winning athlete Bruce Jenner and his first wife, Chrystie. After three marriages and six kids, Burt’s father came out as transgender and went through a sex-change surgery. Burt was interested in kart racing since childhood. However, he fought financial issues till his mid-30s and was homeless twice. He, however, chanced upon the ‘Ford’ reality series ‘Octane Academy,’ meant for budding race drivers, and ended up winning its second season. He is now associated with ‘Gladiator Tires.’ Burt has also been a professional dog walker in the past and now owns a dog hotel and day-care center named ‘West LA Dogs.’ He is now a proud father of two sons, with his long-time girlfriend, Valerie Pitalo. Burt has also been supportive of his father’s transformation and has motivated him publicly. Burt is also on good terms with his sister, Casey; his stepsiblings, Kourtney, Kim, Khloé, and Rob Kardashian; and his half-siblings, Brandon, Brody, Kylie, and Kendall Jenner. 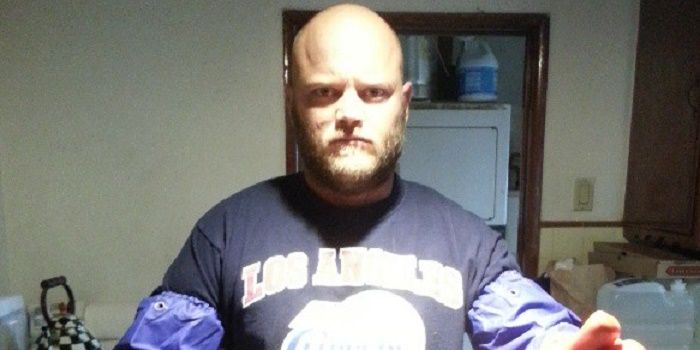 Burt was apparently named after an uncle who had died in a car accident a few days before his birth. He grew up with his sister, Cassandra (or Casey). Casey was born in 1980, while their parents were on their way to a divorce.

Burt grew up in Malibu and studied at ‘Malibu High School,’ ‘Calabasas High,’ and the ‘Army and Navy Academy.’ He now lives in Los Angeles.

Bruce had two children with his second wife, Linda Thompson, namely, Brandon and Brody. While Brandon is a musician and one half of the duo ‘Brandon and Leah,’ with his ex-wife, Leah Jenner, Brody is a DJ, model, and TV personality.

Bruce had two more children, with his third wife, Kris Jenner, namely Kendall and Kylie. Kendall is a model and Kylie is a makeup mogul with her own brand of cosmetics.

Thus, apart from his sister, Casey, and his half-siblings, Brandon, Brody, Kylie, and Kendall, Burt also has the entire Kardashian clan (Kris’s children from her previous marriage), namely, Kourtney, Kim, Khloé, and Rob, as his stepsiblings.

Bruce and Kris divorced in 2015, before Bruce declared his true sexual identity and came out as transgender.

Career: From Being Homeless to a Successful Racer and Dog-Hotel Owner

Burt is said to have been interested in kart racing since 8, when Bruce would take him to watch the sport. He is now a professional truck and race-car driver associated with ‘Gladiator Tires’ and also has a website named ‘Jenner Racing.’

However, Burt was not always this lucky and has been homeless twice in his life. He once volunteered to spend a week in ‘L.A. County Jail,’ as he could not pay the $15,000 traffic fines he owed.

In his mid-30s, he had become bankrupt and had lost all hopes of pursuing his interest in racing. However, he then heard of the reality show ‘Octane Academy,’ sponsored by ‘Ford.’ The show was apparently meant for aspiring race-car drivers and promised a chance to be trained under professional drivers such as Brian Deegan and Ken Block, apart from an attractive sum of $100,000 as the first prize.

Meanwhile, before making it big in the field of racing, Burt worked as a professional dog walker. He was especially fond of pit bulls and had started his own illegal dog center with his girlfriend. They once housed 73 dogs in their 2-bedroom cottage. 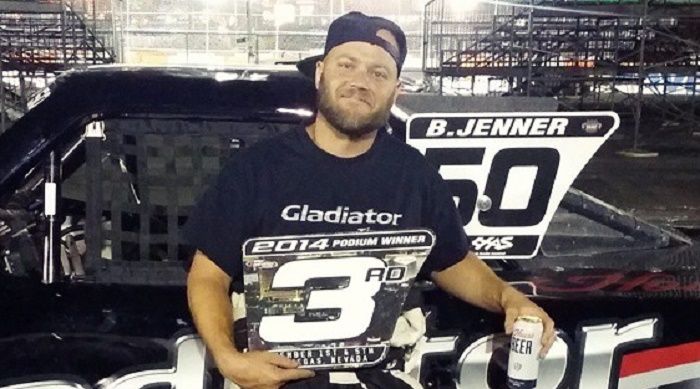 He now has a 14,000-square-foot dog hotel and day-care center named ‘West LA Dogs,’ which he established in 2005. The center, located in West Los Angeles, has both outdoor and indoor play areas. It offers pet care, organic food, private suites with life-size beds and flat-screen TVs, but all for dogs. Wealthy clients can drop off their dogs when they go on vacations. Clients can also avail of a monthly membership for $500.

His Relationship with Valerie Pitalo 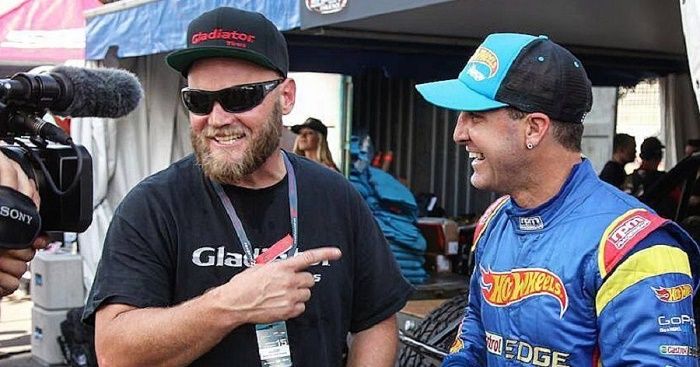 Burt has been very supportive of his father’s transformation to a woman. On November 10, 2015, he “tweeted” a picture of Caitlyn, saying, “Very proud of my dad for winning glamour’s woman of the year award. I’m proud to be your son. Love you dad!” He once posted a photo of Caitlyn on ‘Instagram,’ with the caption “Yup all you haters, my dad will still probably whip your ass at 65 with implants.”

Most of his social-media content consists of his racing videos. He also posts photos and videos of his wife and kids, the Jenners, and the Kardashians.