Dimitri Portwood Kutcher is an American celebrity kid who is the second child and only son of Hollywood actors Mila Kunis and Ashton Kutcher. Both his parents, who had entered the entertainment business early on, are determined to shield the kids from media spotlight. Furthermore, having witnessed financial struggles, they also plan to deny the children any luxury or inheritance so as to teach them the value of money. Dimitri is also being raised to learn and respect his Russian heritage. 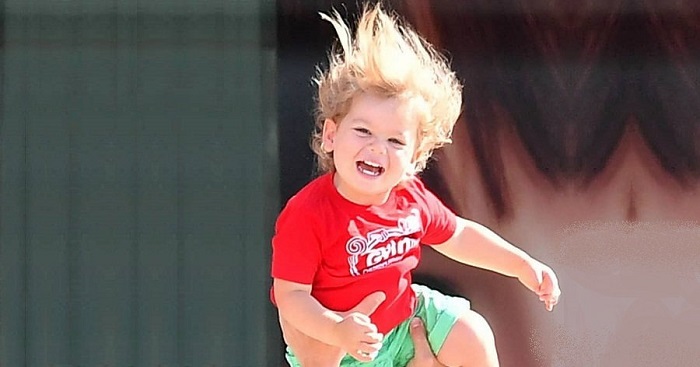 He Is the Younger of Two Children

Dimitri Portwood Kutcher was born on November 30, 2016 in Cedars-Sinai Medical Center in Los Angeles, California, United States. The news of his birth and his name was first shared by his father on his website A Plus. He is the younger of two children of his parents and has a sister named Wyatt Isabelle Kutcher, who was born in October 2014. His parents, who had first met as teenagers in 1998 while filming the period sitcom That ’70s Show, began dating in April 2012 and got married in July 2015, after welcoming their first child. Dimitri has Czech, German and Irish ancestry from his father’s side and Ukrainian and Russian ancestry from his mother’s side. 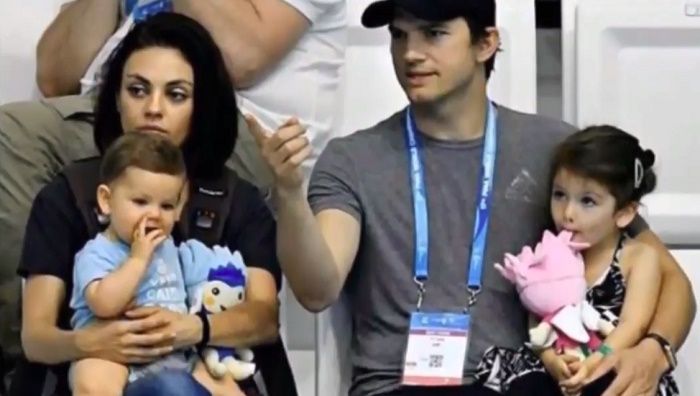 The Story behind His Name

Weeks before Dimitri Portwood Kutcher was born, his father had mentioned during an appearance on Conan that he had considered naming his soon-to-be-born son “Hawkeye” after the mascot of his alma mater, the University of Iowa. However, his wife Mila Kunis was not impressed and looked for alternatives. It was she who came up with the name “Dimitri”, which is a popular name in Russian culture and means “follower of Demeter”, the Greek god of farming and fertility. His middle name is believed to be in honor of Ashton Kutcher’s stepfather Mark Portwood. Interestingly, after the name of the baby was revealed, some of Kutcher’s fans had wrongly conjectured that the name was linked to the name of his ex-wife, actress Demi Moore, believing that her original name was Demetria Moore. However, she has refuted it several times on Twitter, stating that she was born as “Demi”, and not “Demetria”. 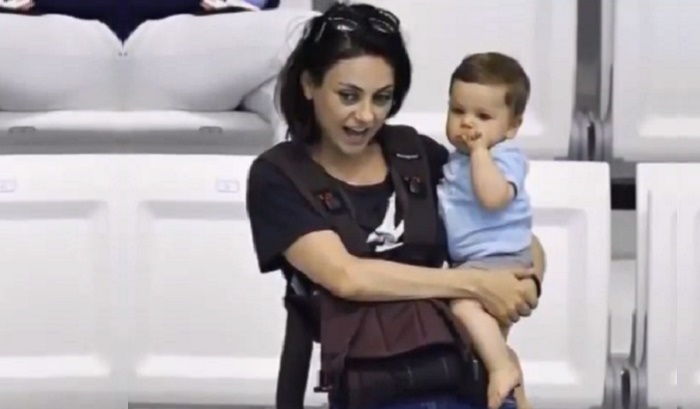 Dimitri Portwood Kutcher’s parents are extremely secretive about their personal lives, and have been very protective about their children from the beginning. Following the birth of their first child Wyatt, the couple had shared four baby photos in a tongue-in-cheek article on A Plus asking fans to guess which one was their daughter’s, adding “Does it really matter? All babies are cute.” After Dimitri was born, his father issued a simple message for the public via A Plus: “We’d like to allow our kids to make their own choices on whether to have a life in the public eye or not.” Both the parents refrain from sharing pictures of their two children with the public, even though they have occasionally been snapped by the paparazzi during family outings. Nevertheless, his mother, Mila Kunis, told Marie Claire that her children would have to learn to speak Russian and would probably attend a Russian pre-school. 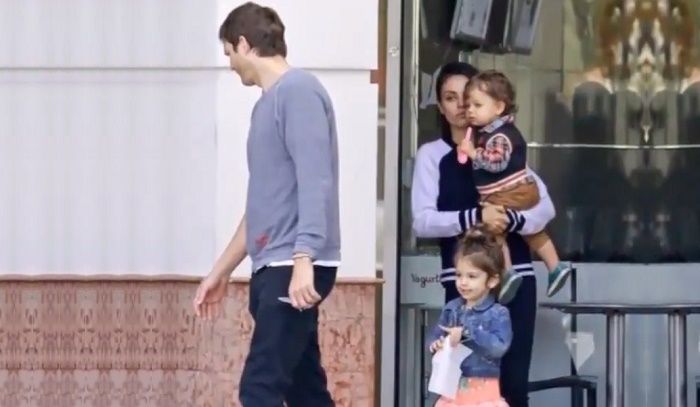 His Parents Are Determined Not to Raise Entitled Kids

Shortly before Dimitri Portwood Kutcher was born, his mother Mila Kunis had mentioned on the Sydney-based radio podcast The Kyle and Jackie O Show that she and Ashton Kutcher were concerned about not raising overly entitled spoiled kids even before they were married. She explained that it was important to both of them because they “came from pretty solid poverty backgrounds and grew up very poor and are very much self-made and are very aware of what a dollar is worth”.

In 2017, Kunis revealed that they would not give Christmas gifts to their children because they already get so many gifts from others. In February 2018, Kutcher mentioned on Dax Shepard’s podcast that he would not leave his children an inheritance because, “My kids are living a really privileged life, and they don’t even know it.” He hoped that exposing his kids to life’s struggles would help them “have some coping skills”.