Angie Kent is an Australian reality television star most known for her appearances in TV shows like ‘Gogglebox Australia’ and ‘I’m a Celebrity…Get Me Out of Here!’. She was also the bachelorette in the fifth season of ‘The Bachelorette Australia’. Originally from Queensland, Kent obtained her Bachelor’s degree from the Queensland University of Technology and worked at various production houses before embarking on a career as a television personality. Her mainstream fame has made her popular on various social media sites as well. Angie Kent is set to star in the upcoming 17th season of ‘Dancing with the Stars (Australia)’. 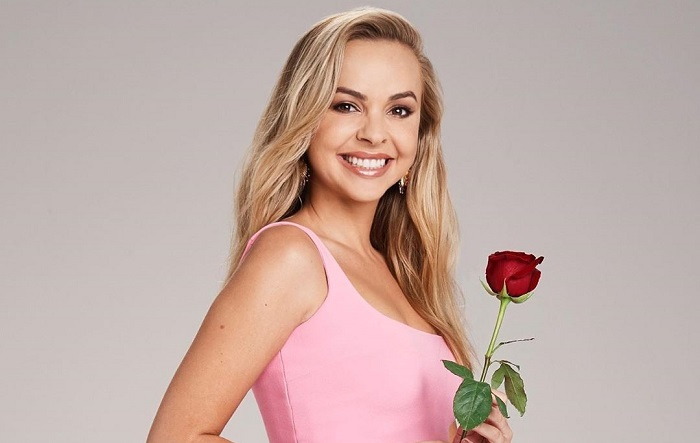 Born on February 6, 1990, in Sunshine Coast, Queensland, Australia, Angie Kent is the eldest of three children of Jane and Markos Kent. She was brought up along with her two younger brothers, Josh and Brad. As a child, she was frequently sent to grandparents’ house. Her brother Josh was ill, and her mother had to spend a lot of time at the hospital, while her father was busy at work. 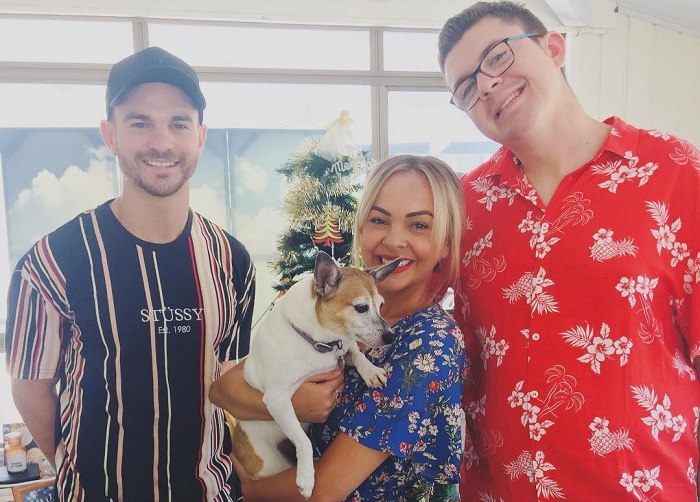 Between 2008 and 2010, Angie Kent attended Queensland University of Technology and earned the Bachelor of Creative Industries Interdisciplinary degree, drama/television, from there. She also studied for another Bachelor of Creative Industries Interdisciplinary degree in television, radio, film, and theatre at San Jose State University in 2009.

In 2012, she did a multiplatform short course in multiplatform filmmaking from Metro Screen. In 2014, she obtained a diploma in screen and media from the same institution.

From 2008 to 2009, Angie Kent served as an administration assistant and teacher at Natalie Hall Management. In 2010, she was made production assistant / runner at Bfilms. For a month, she worked as the VIP manager at the 2012 AIMIA Awards. She was an art department intern at Beyond International/Investigation Discovery in June that year. 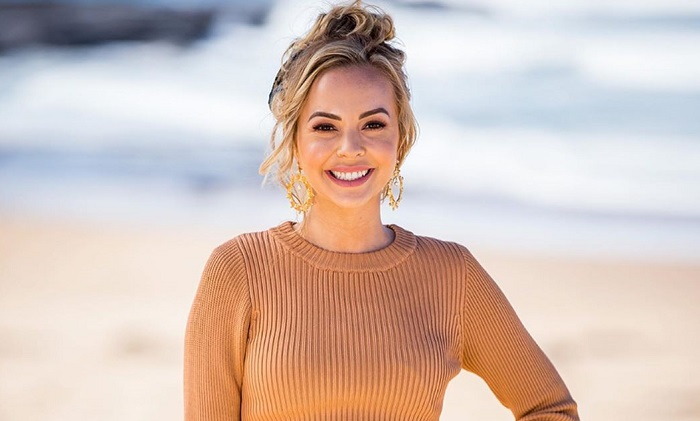 From December 2011 to January 2013, she was a production coordinator / marketing assistant at Firelight Productions. Kent joined Paramount Pictures in April 2013 and worked there until January 2014 as a marketing assistant. Between May and June of 2014, she was an event assistant at Ice Age Marketing / Warren Miller Entertainment. She then returned to Firelight Productions for four months to serve as a production assistant. In May 2016, she joined Shootsta as a production coordinator / executive assistant to CEO. She left that job five months later, in September.

In December 2015, Kent posted on her LinkedIn page that she was looking for work. Little did she know that fate had completely different things planned for her.

As a Reality Television Star

Angie Kent made her television debut in 2015 in the first season of Network 10 and Lifestyle’s reality show ‘Gogglebox Australia’. Based on the British series of the same name, the series shows people watching and reviewing the week’s popular television programs and films in their own homes. Kent, appearing alongside Yvie Jones, was part of one of the ten selected households that, according to the producers, represented “a cross-section of modern Australian society”. The duo appeared in the first eight seasons of the show before making their departure in 2018. 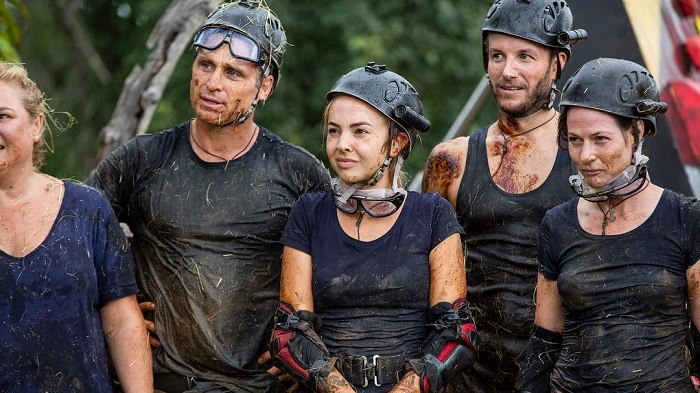 Kent and Jones then starred in the fifth season of the Network 10 show ‘I’m a Celebrity…Get Me Out of Here! (Australia) in 2019. She became the 10th celebrity to leave the show.

In the fifth season of ‘The Bachelorette Australia’, Angie Kent appeared as the bachelorette. 21 men vied for her attention, and she ultimately chose Carlin Sterritt, a fitness trainer and actor from Sydney, New South Wales. The season originally aired on Network 10 from 9 October to 14 November 2019. 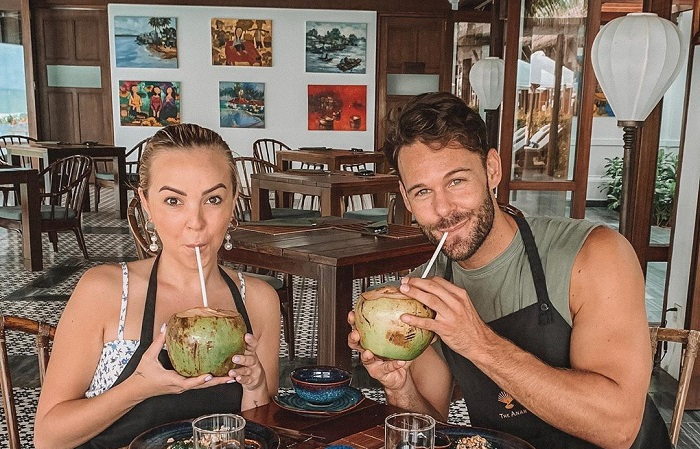 Kent has also appeared in the music video for ‘Damian Cowell’s Disco Machine: Come on Waleed’ (2017), ‘Chris & Julia’s Sunday Night Takeaway’ (2019), and ‘Have You Been Paying Attention?’ (2019). She is slated to be one of the star competitors in the upcoming 17th season of ‘Dancing with the Stars (Australia)’. Her professional partner will be Julian Caillon.

Angie Kent is in a relationship with Carlin Sterritt. However, marriage is not one of the options that she is currently considering. During an interview with KIIS FM, she was asked if she was making plans to get married to her boyfriend, Sterritt. 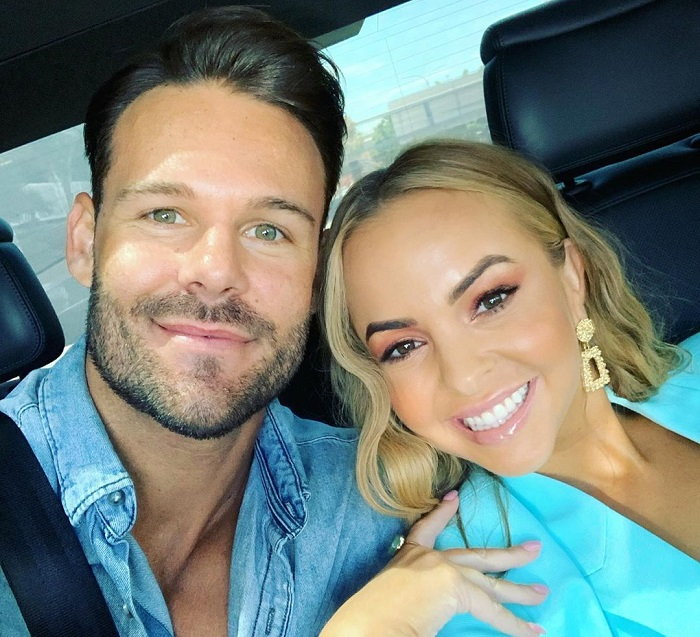 “I’m not big on marriage, but if he wanted to I probably would”, she answered pragmatically and explained that she had never wanted to get married. She described herself as completely different from someone who would plan their wedding, adding, “I’ve planned my funeral but I haven’t planned my wedding.”

During the February 2020 interview, Angie Kent also disclosed that she and Sterritt were not sharing a home yet, but they did have plans of moving in together in future. In January, the couple became the subject of engagement rumours after they were seen together while looking for a ring and drinking champagne at a Sydney jewellery store.