Derkslurp is an American TikTok star who has gained about nine million followers and around 350 million total likes on the platform by sharing comedic dubs and sketches. He is one of the few earlier users of the platform who are still active on it. He also has a popular YouTube channel on which he posts a variety of videos. Since its creation in October 2016, it has accumulated more than four hundred thousand subscribers and over 10 million total views. Derk also has a prominent presence on both Twitter and Instagram. 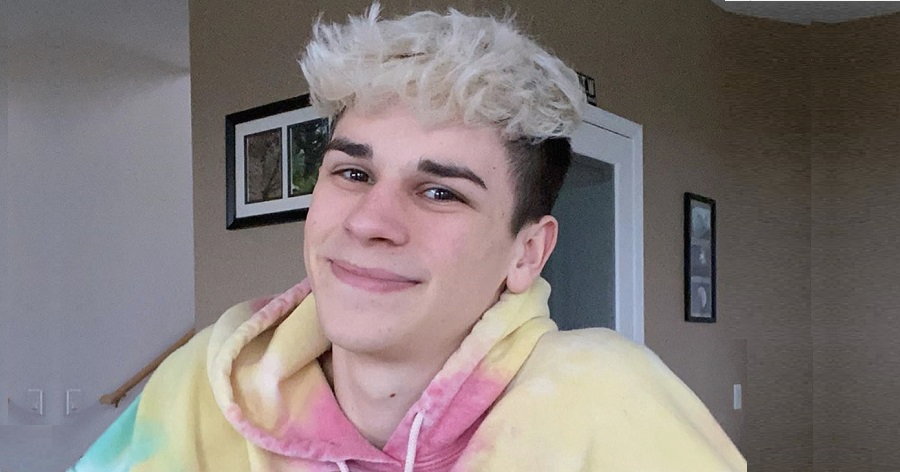 Derkslurp was born on March 15, 2001, in the United States of America. His mother is arguably his most frequent collaborator. He has two siblings, a brother and a sister. On December 30, 2019, he shared a video titled ‘My Whole Family Did the Cinnamon Challenge’, in which his parents and his two siblings appeared.

On May 13, 2019, he shared a picture taken with his close friend Alexis Vaughn on their prom night. On 12 June, he posted a photo of them together taken on their high-school graduation day.

Derkslurp is openly gay. Most of his fans are aware of this. However, he once posted a video titled ‘I Got a Girlfriend’ on his YouTube channel. In it, He initially refers to Alexis as his girlfriend but later reveals that it was just a joke.

Derkslurp’s oldest post on TikTok dates back to November 20, 2016. This was before the merger, when the app was still known as Musical.ly. Set to ‘Milkshake’ (Radio Mix) by Kelis, his first video shows Derk dancing while facing away from the camera.

In these initial days, he was not comfortable yet to reveal his face to his growing audience. As a result, he wore a mask. He did an unofficial face reveal in a video posted on June 18, 2017. His early videos were lip-syncing and performing videos. However, even then, his content perfectly demonstrated his quirky personality and idiosyncratic sense of humour. 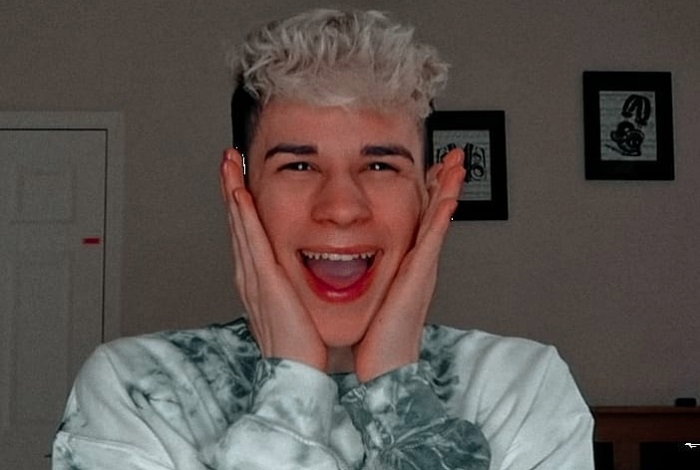 In the ensuing years, as he gradually established himself on the platform, his content became more refined, and his humour became more subtle.

Derkslurp created his YouTube channel on October 3, 2016. His first video there, titled ‘Q&A (I hope my parents don’t watch this)’, was posted on August 27, 2018. His next video was a vlog titled ‘My Mom Thinks I’m Weird (random vlog #1)’. His unique brand of humour shines through his content on YouTube as well. He is among the very few content creators on the platform that can make legitimately entertaining videos on the oddest of topics. Some of his most popular videos are ‘I Played Roblox for the First Time Ever! *Triggering*’, ‘Ordering What the Person in front of Me Ordered’, and ‘Dollar Tree MakeOver…Gone Wrong’.

Derkslurp started sharing video clips and photos on his Instagram page on December 31, 2018.  His first clip is set to ‘Taki Taki’ by DSJ Snake (ft. Selena Gomez, Ozuna, and Cardi B). In his next video, shared on April 27, 2019, he swooned over his celebrity crush, Grayson Dolan, one-half of the Dolan twins. In the ensuing months, he has gained a solid footing on this platform as well.