British socialite Andrea Hissom is better known as American hotel and casino magnate Steve Wynn’s second wife. She is also the daughter of infamous financier Victor Danenza, who was known for frauds and other crimes. Andrea was earlier married to banker Robert David Hissom. She met Steve in 2008, at a time when he was already separated from his first wife, Elaine Pascal. Andrea never spoke to the media about the sexual misconduct allegations against Steve that surfaced in 2018. She is a doting mother to her two sons from her previous marriage, and is also a stepmother to Steve’s two daughters with Elaine. Her lavish Las Vegas wedding to Steve was termed the American equivalent of the royal wedding of Prince William and Kate. 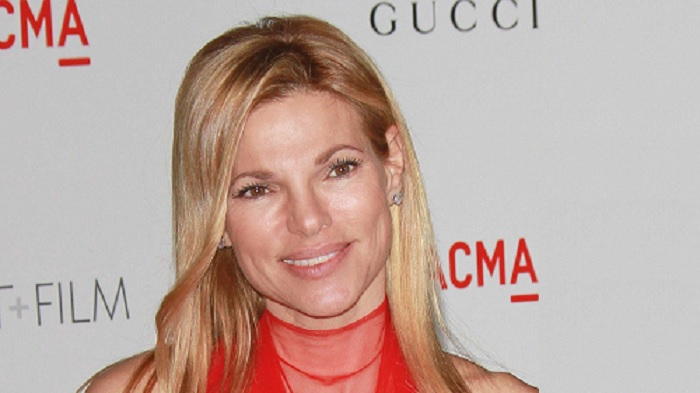 Andrea Hissom was born on January 1, 1970, in the United Kingdom, to British financier Victor Danenza and Arlene Novack.

Andrea is also the great-niece of Ben Novack, the hotelier who had developed the ‘Fontainebleau Miami Beach Hotel.’

Andrea’s father had been accused of crimes such as fraud and trafficking of women. He once escaped to France during a federal investigation.

Andrea was always interested in fashion and entertainment and wished to build a career in fashion designing. She eventually grew up to be a well-known socialite.

Andrea Hissom reportedly first met American hotel and casino tycoon, real-estate entrepreneur, and art collector Steve Wynn in 2008, at the French Riviera. They began dating but revealed their relationship only in 2009, when they were clicked enjoying themselves and celebrating the new year on his yacht.

Toward the end of April 2009, Andrea and Steve were clicked together in Los Angeles. They were apparently enjoying a romantic dinner at the ‘Polo Lounge’ of the ‘Beverly Hills Hotel.’ This was apparently their first public appearance together. The media also reported that they ordered butternut squash soup, ‘Fiji’ water, and coffee, and then ended the meal with ice cream for two. It is believed she was talking more, while Steve was mostly nodding in agreement. 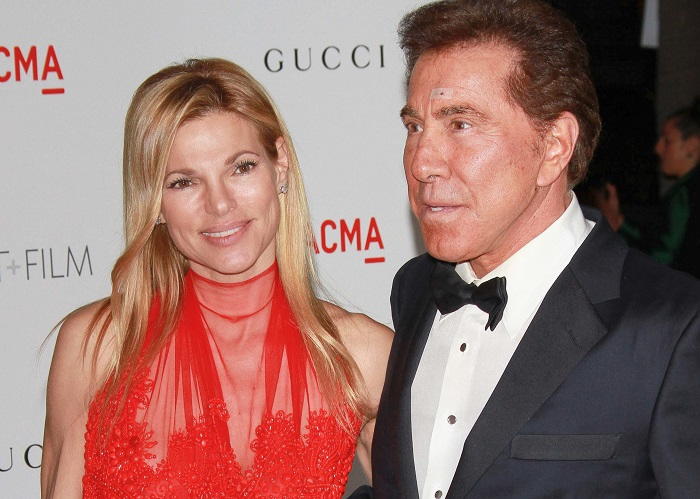 Tabloids then claimed that they had split. However, they got back together in June 2010. They were spotted spending quality time at the ‘Sinatra Family Estates,’ an Italian winery at his ‘Encore Hotel’ in Las Vegas. Steve reportedly proposed to her while dining at the ‘Encore Beach Club.’ He also gifted her a 10-carat heart-shaped engagement ring.

Steve’s best friend, actor Clint Eastwood, was the best man. Country singers Garth Brooks and Trisha Yearwood performed at the venue. The couple gave away tiny replicas of the wedding cake as souvenirs.

The wedding was held a day after Kate Middleton and Prince William’s royal wedding, and was thus termed by the media as the “American royal wedding.” In fact, the lace sleeves and the plunging neckline of Andrea’s gown, added to the white headpiece and the bow at her waist, made her wedding attire quite similar to that of Kate’s.

Steve was reportedly still married (not divorced, but separated) to his first wife, entrepreneur Elaine Pascal, when he had started dating Andrea. Interestingly, he married Elaine in 1963, divorced her in 1986, remarried her in 1991, and divorced her again in 2010. They even had two daughters: Kevyn and Gillian. Steve had to give away the sole control of 11 million shares, worth $741 million, to Elaine as a divorce settlement, which was one of the costliest at the time. 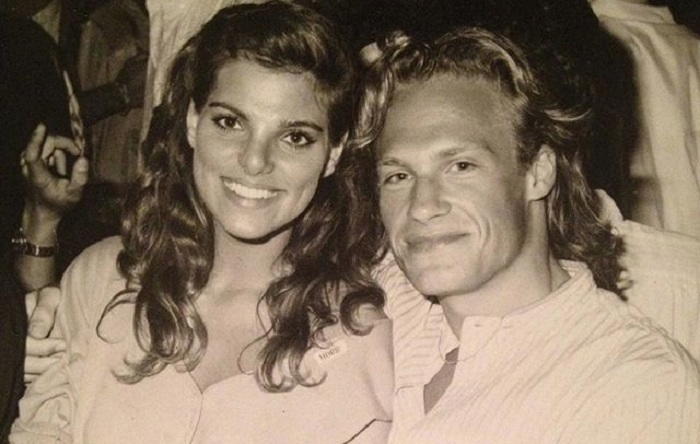 In January 2018, numerous female employees accused Steve of sexual harassment and misconduct. Later that month, he was fired from his post at the ‘Republican National Committee.’

The accusations dated back to 2005, and many women who had worked under him, over the years, alleged that he had forced them to “perform sex acts.”

Andrea, however, never commented on these allegations. 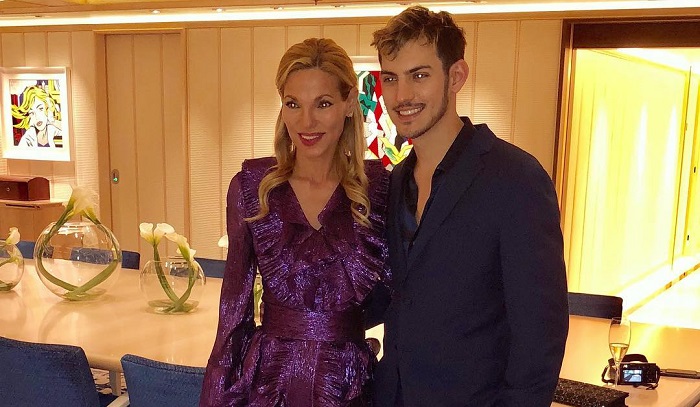 Interesting Facts about Andrea and Steve

Among their purchases was a 24,600-square-foot Mediterranean-style house with eight bedrooms, 11 bathrooms, a swimming pool, a guest house, and a six-car garage.

A restaurant named after her, ‘Andrea’s,’ was added to ‘Wynn Las Vegas’ in 2013. The pan-Asian restaurant had a huge painting of Andrea’s eyes in the background, as part of the décor. The eatery, however, was later closed, as it was decided it would give way to a Mexican restaurant under chefs Enrique Olvera, and Santiago Perez, and Daniela Soto-Innes.