Jace Norman is an American actor and voice actor who rose to fame playing lead role of Henry Hart in the Nickelodeon series ‘Henry Danger.’ Starting his acting career at twelve, Jace has come a long way in making his mark on both the small and the big screen. He came under the spotlight starring as Henry Hart in ‘Henry Danger’ which not only earned him widespread recognition but also three ‘Favorite Male TV Star’ awards at ‘Kids’ Choice Awards,’ three years in a row. Jace made his feature film debut with the lead voice role in the animated film ‘Spark.’ His other notable works include the lead role in TV films, ‘Rufus’ and ‘Rufus 2,’ and the lead voice role in the animated series ‘The Adventures of Kid Danger.’

Jace made his acting debut following his very first audition that saw him bagging the guest role of ‘Finch’ in the January 20, 2012 aired episode, ‘Are You Cooler Than a 5th Grader?’ in the Disney Channel comedy TV series ‘Jessie.’ He then appeared in bit roles in single episodes of two Nickelodeon series, the anthology horror-fantasy series ‘Deadtime Stories’ and the comedy series ‘The Thundermans,’ both in 2013. The same year, he appeared in the role of ‘Jace’ in the Nickelodeon produced television comedy film ‘The Dumb Show.’ 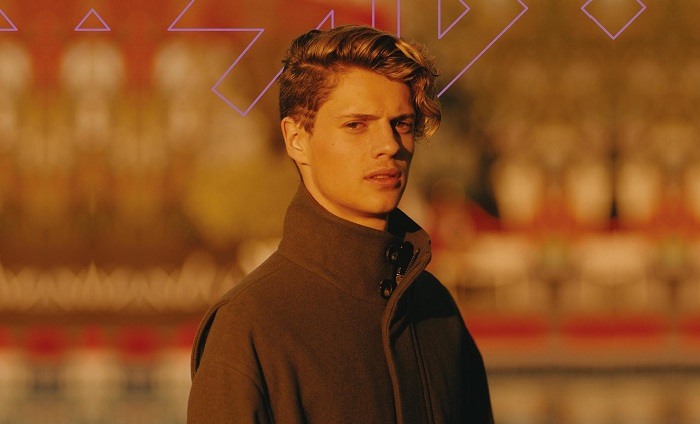 Rise to Stardom with ‘Henry Danger’

His real breakthrough came in the lead role of Henry Hart / Kid Danger in the American comedy television series ‘Henry Danger.’ The series premiered on Nickelodeon in the U.S. way back on July 26, 2014. It was later premiered in the UK, Ireland, Canada, Australia, and New Zealand, gaining him worldwide recognition. His remarkable performance in the series earned the youngster three ‘Favorite Male TV Star’ awards from ‘Kids’ Choice Awards,’ in 2017, 2018, and 2019 respectively.

Popularity of the series led to the making of the animated TV series ‘The Adventures of Kid Danger.’ Jace played the lead voice role of Henry / Kid Danger in the series.

While continuing with his starring role in ‘Henry Danger,’ Jace went on to feature in several other television productions. He starred along with Jack Griffo, Tony Cavalero, and Isabela Moner, in the comedy flick ‘Splitting Adam,’ a Nickelodeon original movie that aired on February 16, 2015. He also featured as himself in the September 14 aired episode, ‘The Henry Danger Celebrity Edition,’ from the children’s game show ‘Webheads,’ and as ‘Dilbert Palmero’ in the television special ‘Nickelodeon’s Ho Ho Holiday Special.’

Jace Norman played the lead role in the 2016 comedy family television movie ‘Rufus,’ starring Davis Cleveland and Haley Tju. The Nickelodeon original movie featured the character of ‘Rufus’ as a family dog, which turns into a human after wearing a mysterious collar. Jace later reprised the role in the film’s sequel, ‘Rufus 2,’ aired on January 16, 2017. The February 12, 2017 aired comedy television special ‘Nickelodeon’s Not So Valentine’s Special’ featured him as Gilbert Palmero / Detective McTavish. Another television special ‘Nickelodeon’s Sizzling Summer Camp’ released on June 4, 2017 and featured Jace as ‘Cooper.’ He also appeared as ‘Steak Stankco’ in a single episode of the top-rated American children’s animated television series ‘The Loud House’ in 2017.

Between 2018 and 2019, he appeared as ‘Henry Hart’ in a couple of episodes of the Nickelodeon comedy series ‘Game Shakers’. He starred with Jojo Siwa and Daniella Perkins, playing the role of ‘Jeremy Martin’ in the family television movie ‘Blurt!’ The movie first released in the US on February 19, 2018, and thereafter in Canada, Germany, Brazil, and Sweden. Starring along with Baby Ariel, Ed Begley Jr. and Samiyah Womack, he played ‘Xander DeWitt’ in the comedy television film ‘Bixler High Private Eye.’ The 2019 Nickelodeon film received a “5 out of 5 smile rating” from Newsday.com. One of Nickelodeon’s regular actors, Jace also guest starred in the April 1, 2019 aired first episode of the reality television program ‘The Substitute’.

Making a Presence on the Silver-screen

Jace’s film debut happened with the 3D computer-animated science fiction adventure comedy film ‘Spark.’ Written and directed by Aaron Woodley, the film featured Jace in the lead role. It premiered on April 22, 2016, at the ‘Toronto Animation Arts Festival International’ and later released in the US on April 14, 2017. The ‘Universal Home Entertainment’ released the film on video, on June 27, 2017. The film, however, could not make much impact on both the critics and audience.

Jace’s ‘Henry Danger’ fame has also reflected well on social media. His self-titled YouTube channel has drawn considerable attention and got him hundreds of thousands of subscribers and millions of views. The channel describes him and his brother as filmmakers and entrepreneurs. Jace has also stepped into the world of business by launching ‘Creator Media Edge’ for creating more opportunities for social media entertainers. One of the most popular videos of his YouTube channel that accumulated millions of views is ‘A Day in the Life of Kid Danger- Henry Danger Behind the Scenes w/ Jace Norman of Creator Edge Media.’

Jace Lee Norman was born on March 21, 2000, in Corrales, New Mexico, US. He has two older siblings, Gloria and Xander. He spent much of his early years near the Rio Grande River. When Jace was eight, he relocated to Southern California to attend a public school. During his middle school, Jace is said to have been bullied for his dyslexic problem. As a child, Jace aspired to become an actor and received full support from his parents. He and his brother loved making home videos during their childhood. Jace also enjoyed playing outdoor games, taking care of his animals, building forts, and climbing trees.

Jace reportedly dated his ‘Henry Danger’ co-star and Canadian actress Riele West Downs from February 2015 to June 2015. It was rumoured that Jace was romantically associated with American dancer and actress Jordyn Jones from November 2015 to January 2016. It was also reported that he was in a relationship with American actress, model, and singer Isabela Moner from April 2016 to November 2016.