Jalaiah Harmon is an American teenage dancer and social media star who is best recognized as the original creator of the viral “Renegade” dance routine which she had created at the age of 14. She trains at the prestigious Dance411 studio, where she also teaches her own dance steps to other professional dancers. She has performed the Renegade at the NBA All-Star game and has appeared on The Ellen Degeneres Show. She has been interviewed by publications such as the New York Times, Teen Vogue and Variety, and has been named in Forbes “30 under 30” list. She has her own merchandise and has done brand endorsements for Samsung, Prada, Bloomingdales and Netflix. 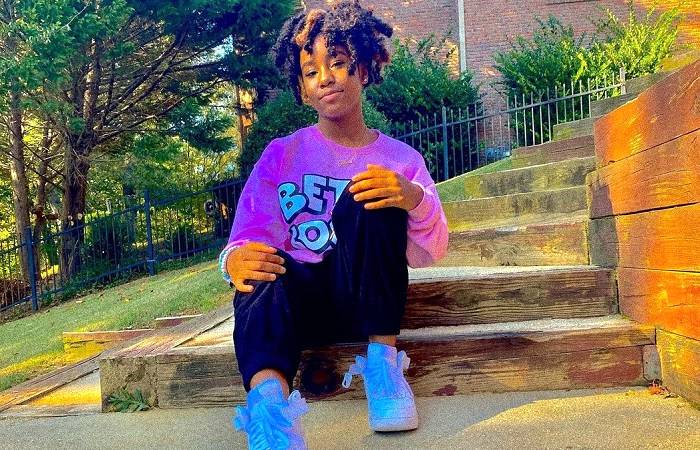 Jalaiah Harmon is the original creator of the dance routine, the Renegade, which she created on September 25, 2019 with Kaliyah Davis, a friend she had made through Instagram. She came up with the idea of creating a dance sequence to the beats of the song “Lottery” by the Atlanta rapper K-Camp and approached Kaliyah for a collaborative video. Jalaiah, who previously had a musical.ly account, was not active on TikTok, and shared the video with her 1700 fans on Funimate first, and then on Instagram, where she had 20k followers. Her dance on Instagram got 1300 views and was picked up by several people, but it went viral on TikTok after a user named @global.jones brought it to the platform with slight variations. Soon after, several TikToker, including Charli D’Amelio, the TikToker with most fans, shared their versions of the dance on the platform, making it hugely popular. In fact, the viral trend was even performed by celebrities such as Lizzo, Alex Rodriguez, Kourtney Kardashian, David Dobrik and members of the K-pop band Stray Kids. 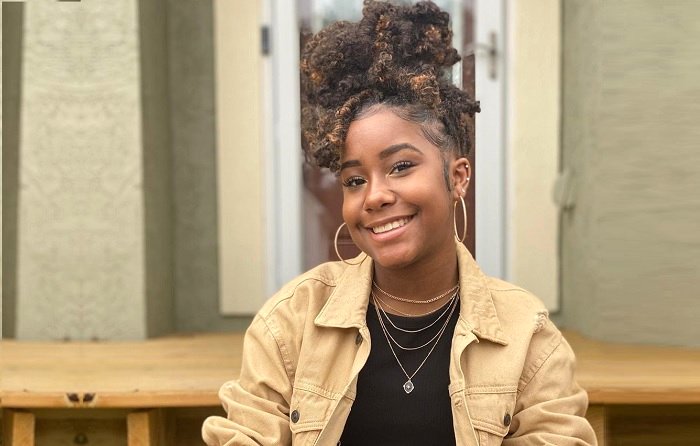 She Initially Did Not Get Credit for Her Dance

Jalaiah Harmon, a dance student, had been posting new dance routines regularly online and was overwhelmed after learning that her Renegade dance went viral on TikTok, but was saddened at the same time to notice that none of the other influencers gave her credit for being the original creator of the routine. In an attempt to get credit for her achievement, she commented on several of the videos and asked the influencers to tag her. Unfortunately, she was not a big name on TikTok, and none believed what she said. In her own account, she also posted a video of herself performing the dance and Googling about the creator of it. When she told her mother, Stefanie Harmon, about the issue, she told her, “Why do you care whether you’re not getting credit? Just make another one.” She had to explain to her mother how difficult it was for a video to go viral.

She Got Recognition Following Her New York Times Interview

Jalaiah Harmon’s fate turned after Barrie Segal, the head of content at Dubsmash, contacted her enquiring about the dance routine. While most creators who post their content on platforms such as Instagram, Dubsmash, Funimate, ‎Likee and Triller, usually credit original creators by tagging them, this practice was completely missing on the new platform TikTok. Segal, in an attempt to correct this, was posting videos urging famous TikToker Charli D’Amelio to give credit to popular Dubsmash dancer D1 Nayah for her Donut Shop dance. He helped Jalaiah get in touch with New York Times reporter Taylor Lorenz, who visited her in her house and did a profile on the teenager. The article, published on February 13, 2020, ultimately earned Jalaiah the recognition she deserved. 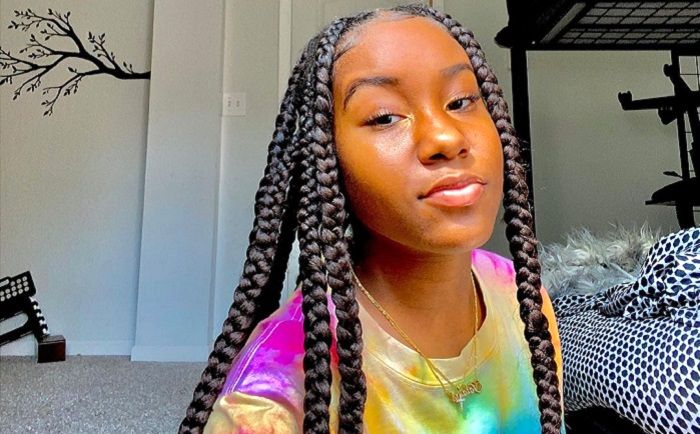 Getting Recognition Changed Her Life

Shortly after Jalaiah Harmon’s New York Times profile was published, rapper K-Camp, after finding out the original dance creator, collaborated with her on a video in her support. She subsequently performed during the NBA All-Star game and the video of her dance was tweeted by none other than former First Lady Michelle Obama. She was featured in articles on Teen Vogue and Variety, and was invited to appear on The Ellen Degeneres Show, on which she performed the dance alongside Ellen’s co-host/sidekick Stephen “tWitch” Boss, an accomplished dancer. She met with Charli and Addison Easterling during the game weekend and made an Instagram video of herself teaching them the original steps, instead of the altered version from TikTok. Since then, TikTok users including Charli have been tagging original creators in their videos. Jalaiah soon signed with United Talent Agency and hired K-Camp’s manager as her manager as well. In May 2020, she danced with Scooby-Doo and met with the voice cast of the animated film Scoob! for promotional content. In July, she collaborated with Epic Games to bring her Renegade dance moves to Fortnite as an in-game emote. The next month, she starred in the music video for the song “Video Game” by Sufjan Stevens. In 2021, she was named in the Forbes list of “30 Under 30 – Social Media”.

She Wants to Be a Choreographer

Jalaiah Harmon was born on August 28, 2005 in Fayetteville, Georgia. Both her parents are educators and she has a sister who is over a decade younger than her. She started dancing at the age of three and trained and competed in hip-hop, ballet, contemporary, lyrical, tap, pointe, and other dance styles for years. She was heavily influenced by watching videos such as “1, 2 Step” by Ciara and “7/11” by Beyoncé. Jalaiah, who was studying in the ninth grade when she created the viral dance, is now considering being homeschooled due to her increasingly crowded schedule and her mother Stefanie is also open to the idea. Jalaiah always wanted to train at the prestigious Atlanta dance school Dance411 studio. Since gaining recognition, she not only got the opportunity to take classes there, but also teaches professional teenage dancers her Renegade dance at the studio. She is now after her longtime goal of becoming a professional hip-hop dancer and choreographer and hopes to open her own studio someday. She also dreams of collaborating with artists like Missy Elliott.